There is no question about it, November has felt below average so far temperature-wise. We will warm up slightly this weekend, but don’t let that fool you, because temperatures come crashing down again on Sunday, hard. During the day Sunday, winds will turn to the northwest as they usher in much colder air. By Monday morning, sunrise, many of us will be freezing. This will be for the entire East Coast and even down into Florida. 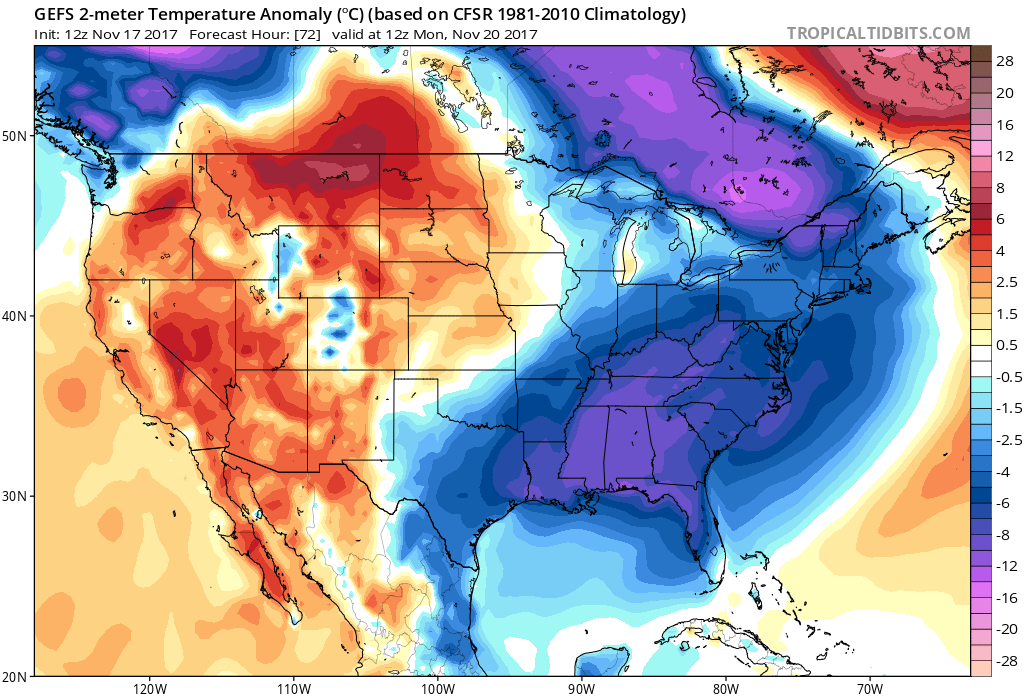 Again, this air mass will moderate slightly, then another cold blast grips the East next week around Wednesday or so. This will set the stage for a cold Thanksgiving. Some say that the models have flipped, since they were showing warm. However, models sometimes have a hard time catching onto the cold. When cold is extreme, they have an even harder time showing it. This could be a red flag, since these cold shots that are coming could be colder than first expected.

From the end of this month and into November, we are expecting continued below normal temperatures. From the 26th to Dec 1st the entire East is shown to be below normal. 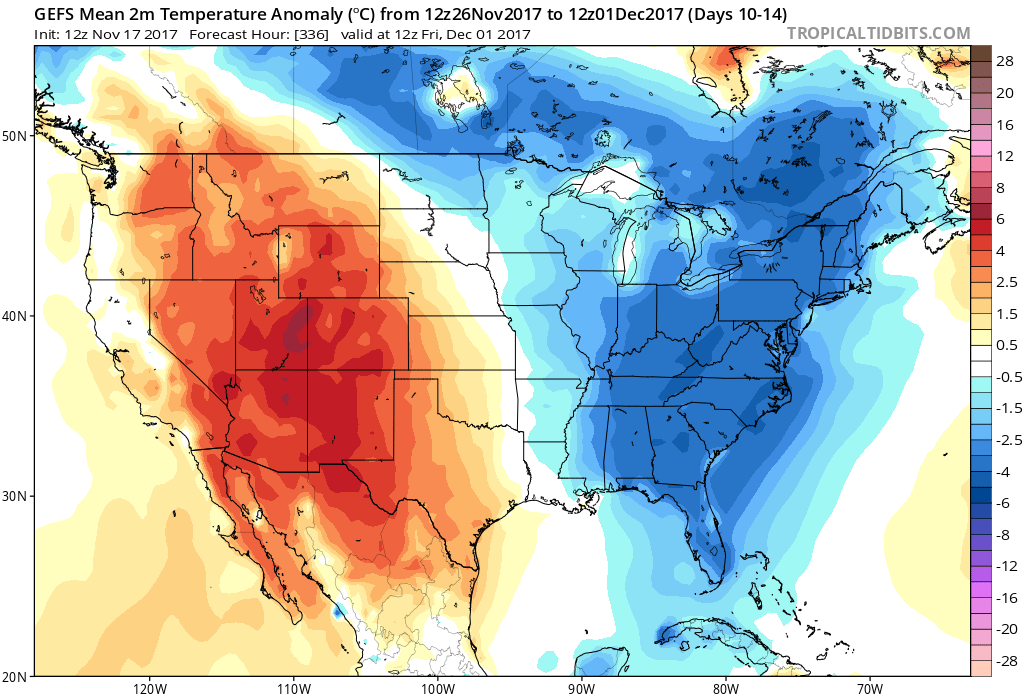 We are not seeing anything that says snowstorm just yet. There will be lake-effect snows in the usual regions where that happens. Outside of that, we may have to wait until December, unless something freak happens. It has snowed in November before, but we are lacking a moisture source this year, even though the cold will be in place.