While the recent temperatures have not been crazy hot, the humidity has been noticeable as well as the highs in the 90s. This makes it feel like an oven as soon as you go outside, which is not uncommon for July in the South. However, the heat will turn up a couple of notches this weekend.

The hottest day this weekend will be Sunday, with highs near 96 ° in Charlotte and 97 ° in Raleigh. Richmond and DC could come close to 100° as could most of Virginia. Extreme caution should be taken especially for those who will be outdoors. 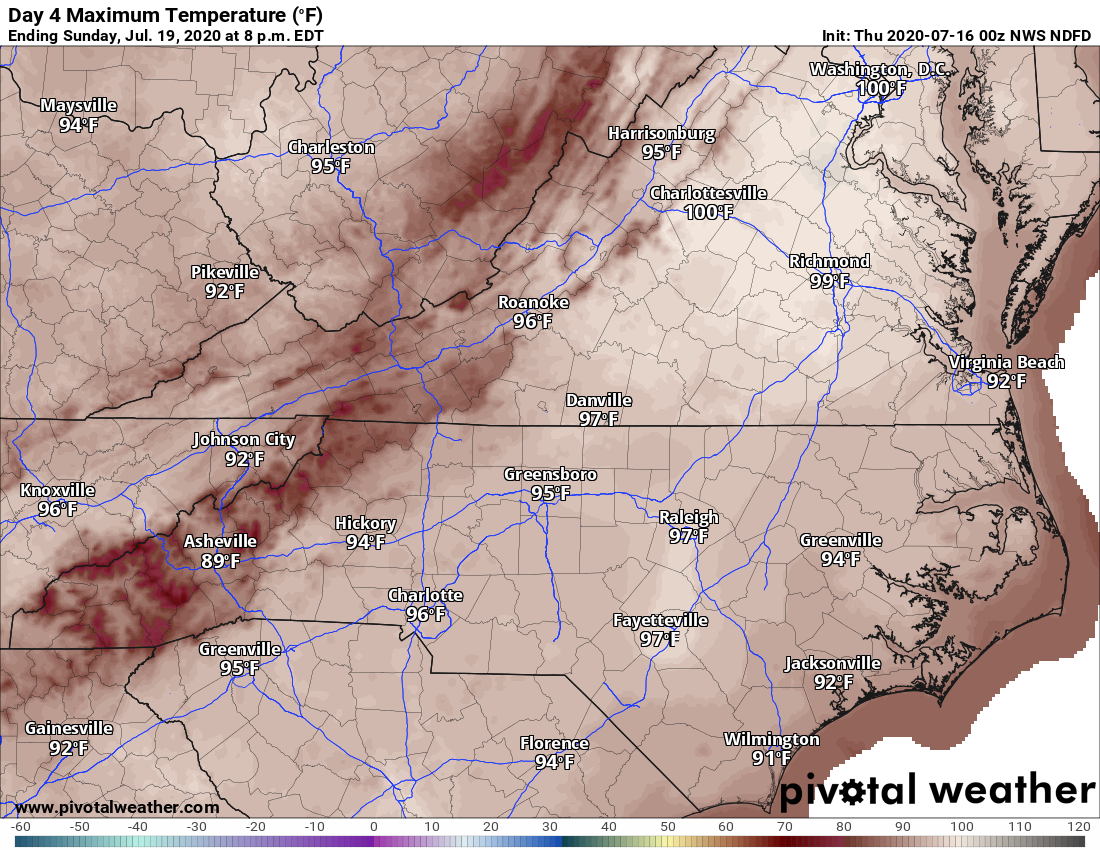 In South Carolina the story won’t be much different other than the higher humidity. Highs are expected to be near 97 ° in Columbia and 95 ° in Greenville. These are actually expected to be hotter locations than the beaches. 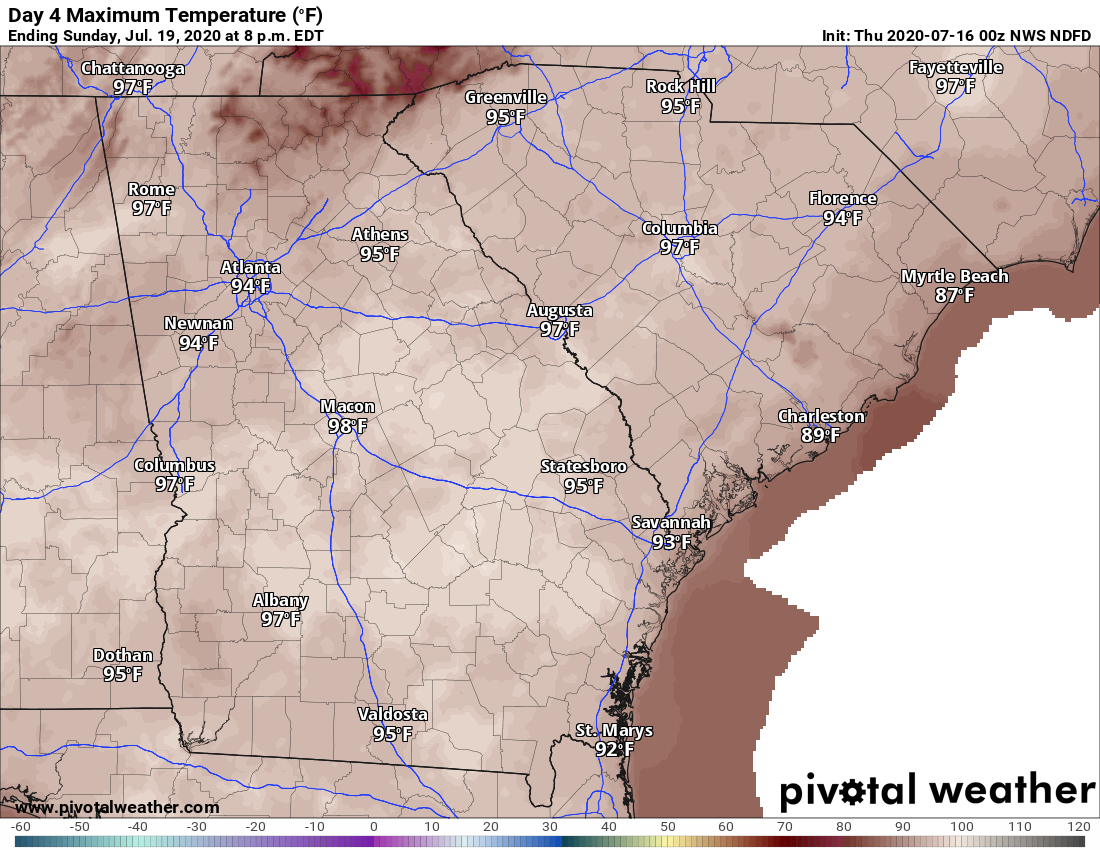 Rain chances are not expected to the to high across SC other than the Upstate. There could be an outside chance of a shower or storm in Columbia and the Lowcountry. Much of western NC will see daily showers and thunderstorms due to the juicy air. These areas of rain will pretty cover everywhere except for extreme southeastern NC along the beaches. Shown below are rain totals through Saturday 8pm. Most of VA will not be able to escape enhanced rain chances. 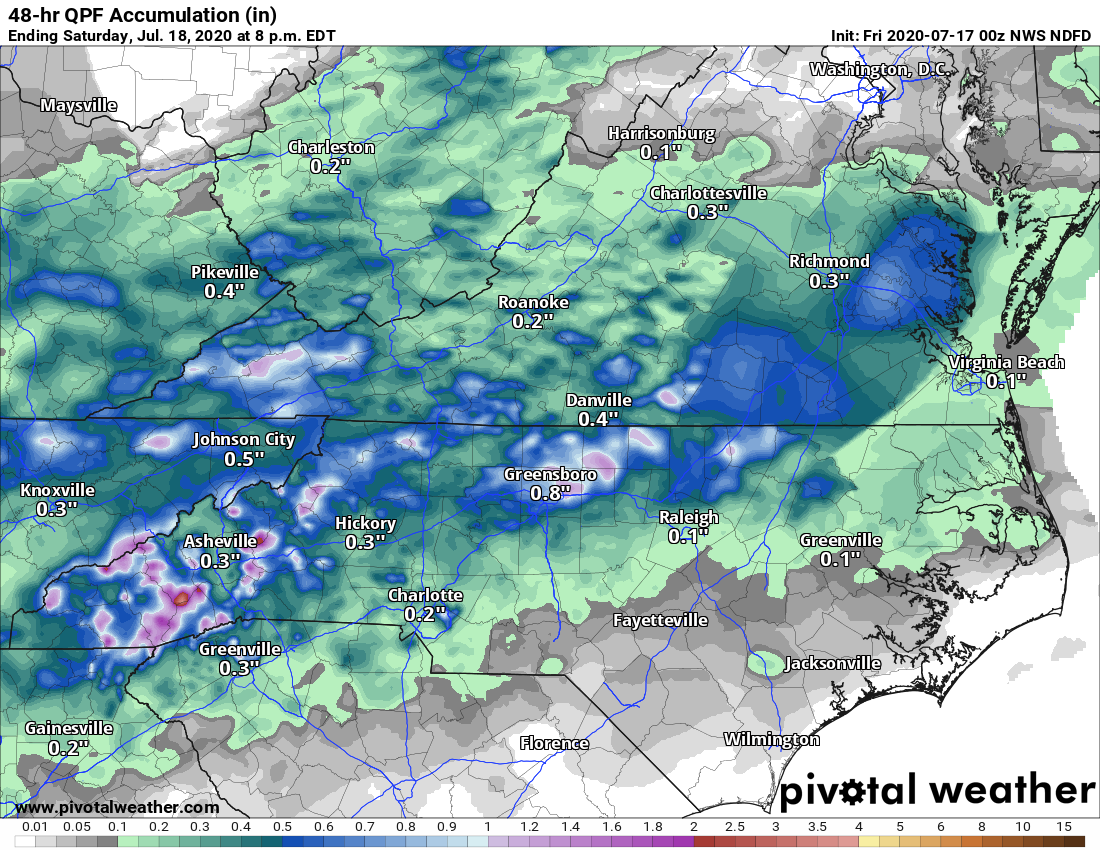 The main story is hot this weekend, but anyone that receives a shower or storm will cool off! It will then be very humid thereafter.