After a few days where a majority of the east coast experienced rain, a cold snap will allow temperatures to get below freezing as far south as Georgia. Much of the East Coast will be waking up to frigid temperatures Wednesday morning as cold arctic air will make its way to the Southeast where temperatures could be colder than those in the Northeast. 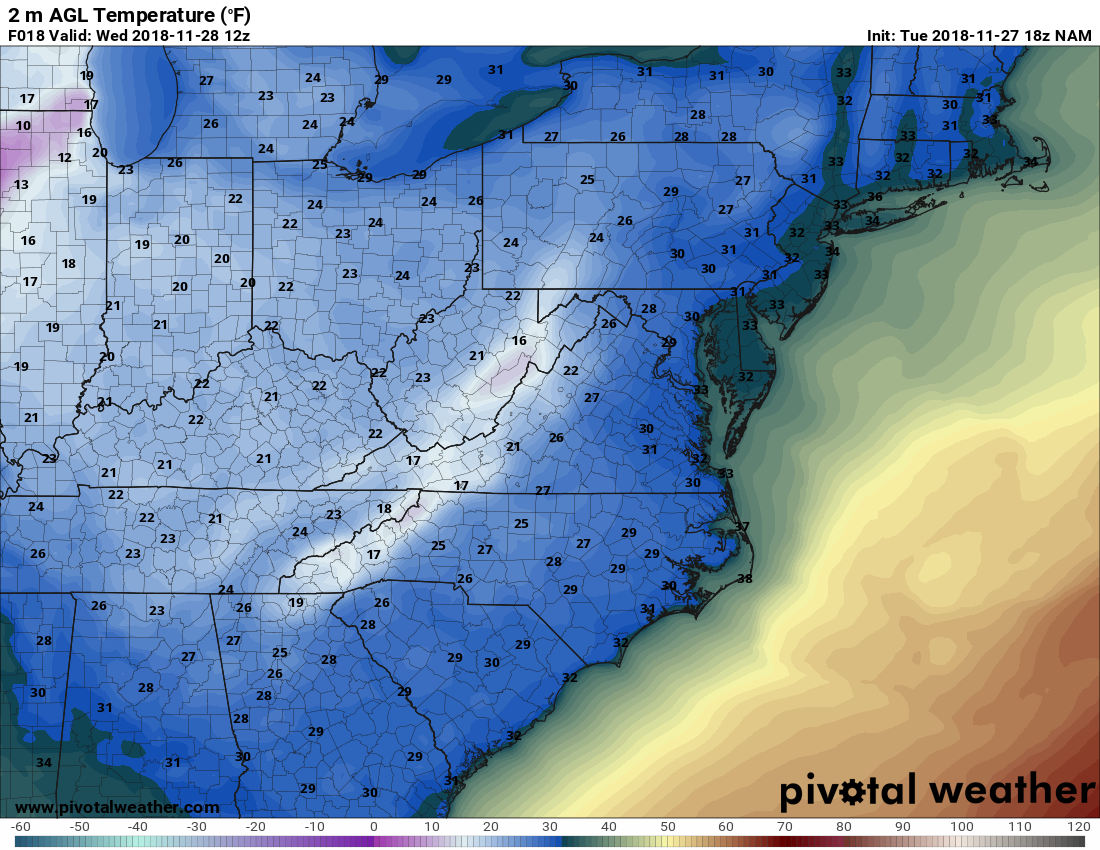 Looking at this graphic which is the overnight low temperatures for the east coast on Wednesday we can see that especially in the mountains of West Virginia, Virginia, and North Carolina could into the teens. Lows will likely reach the dew point temperature raising the potential for a heavy frost if the winds can die down for an hour or two before dawn. 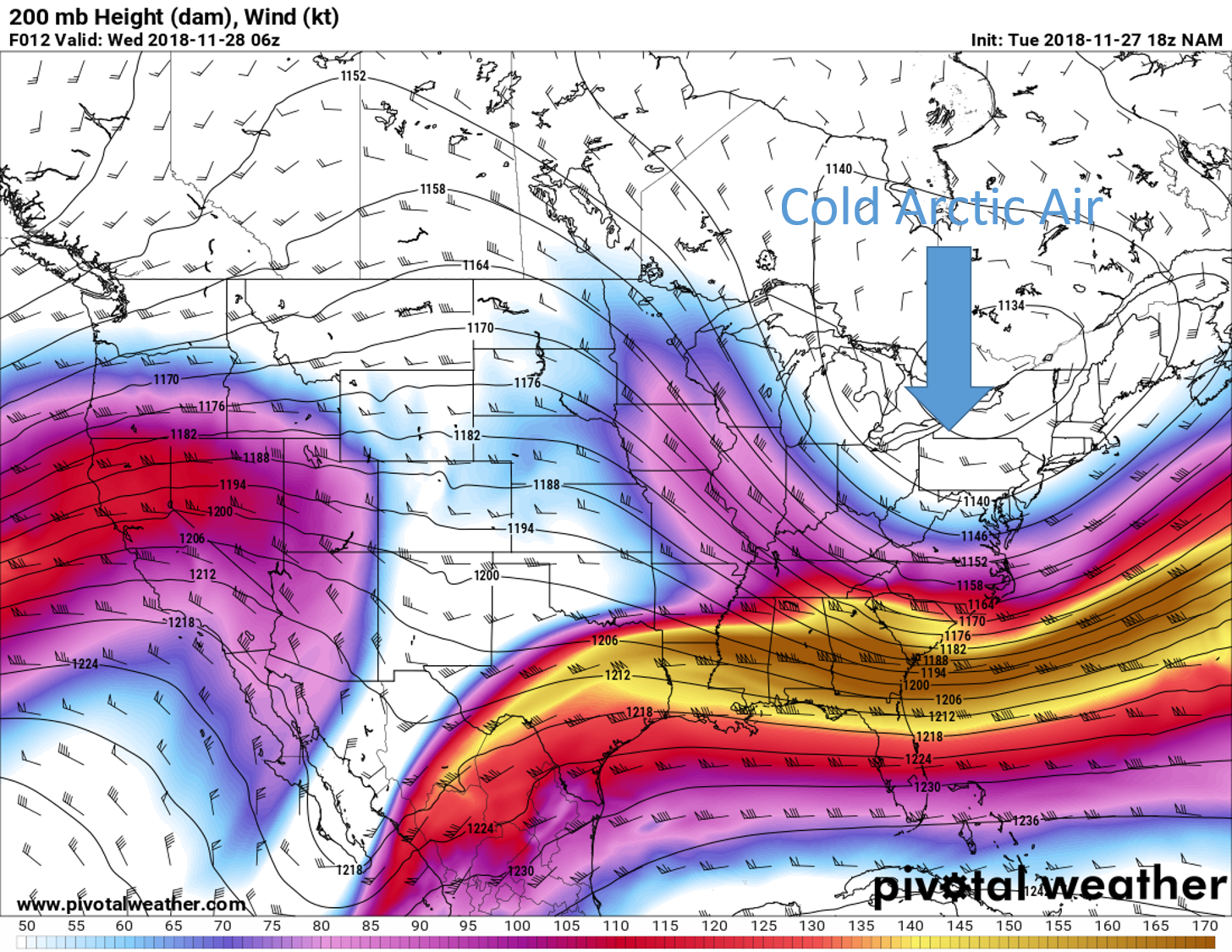 This is all due to a deep trough over the east coast allowing the frigid arctic air to plummet south out of Canada. This pattern will likely stick around into Thursday giving the Southeast yet another cold morning to wake up to. So get ready to bundle up because the Southeast is in store for a cold one. Check back here at East Coast Weather Authority for you latest update on mother natures worst.