Well, if there was a favorable upcoming pattern, it would be during the first week of March as a ridge takes shape over Alaska and western Canada. This would allow for Arctic air intrusions into the East Coast.

The Canadian ensembles for March 4th are shown. Nice ridging out west. Could be a shot or two of cold air which could mean the *possibility* for an East Coast storm! 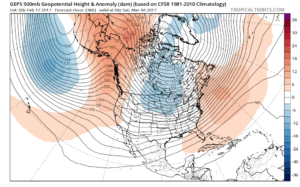 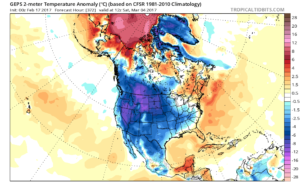 Check out our premium membership options! Advertise with us!