Yes, the South has seen a white Christmas before, and it was not that long ago. The Triad got hammered in some locations with over a foot of snow! That is quite impressive for the South, regardless of the time of year. Many other locations in NC also saw snow, except for some coastal locations which only saw a trace. Many parts of the mountains were also hammered with well over a foot! Wilmington and other coastal locations received the least amounts, around a trace. If you blinked or were sleeping, you may have missed the momentary flakes. Not too far inland is where the totals became impressive. Charlotte received between 2 to 4 inches.

North Carolina was not the only state in the South to see a white Christmas. Georgia, South Carolina, and yes, even FLORIDA saw momentary flakes from this storm! In fact, it snowed all the way from Florida to Maine! Talk about a beautiful Christmas scene for many! The snow lasted into the 26th. This was a very deep trough in the atmosphere, as the jet stream dipped all the way down to the Gulf Coast. 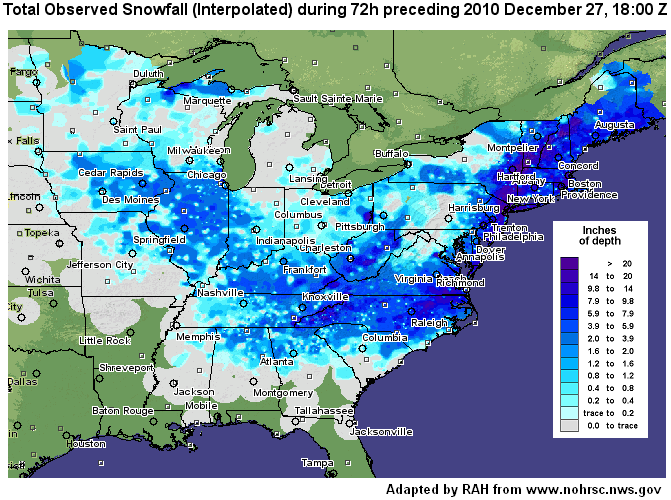 Will this happen again? Well, the last time was 7 years ago, and the last time before that was 1981. So the odds are not stacked in our favor. What IS stacked in our favor, is the jet stream taking a dip over the East Coast into December. In order for it to snow in the South, typically, we want to see a BIG dip in the jet stream, to where it is almost touching the Gulf Coast. This is the best way of getting enough cold air for a southern snow storm.

We will be watching the pattern!