Well, the models are not agreeing and some are going boom. What we do know is that there will be some kind of snow event. But how much and for who is not clear yet. At first glance of the GEFS ensembles, there was not good agreement between each member. I based my forecast off this. 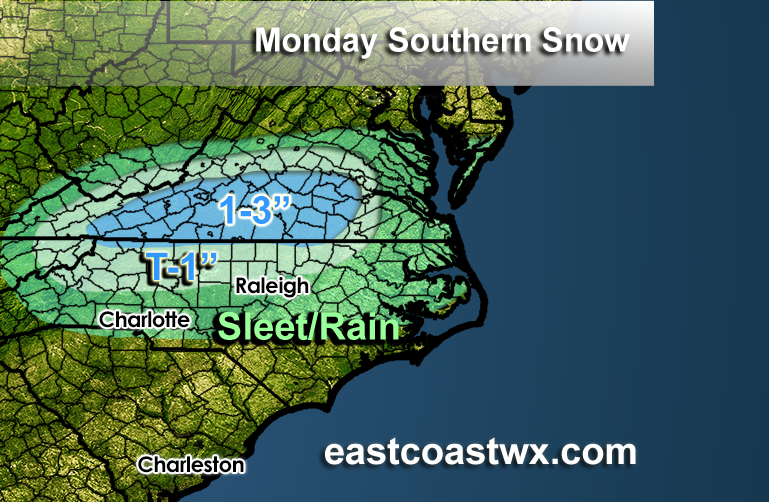 The NAM does have snow for NC but only for northern parts and the mountains. Most of the NC/SC border and Charlotte would most likely see a cold rain. There could be a changeover to snow at the end of the event as colder air moves in, but nothing would likely stick. 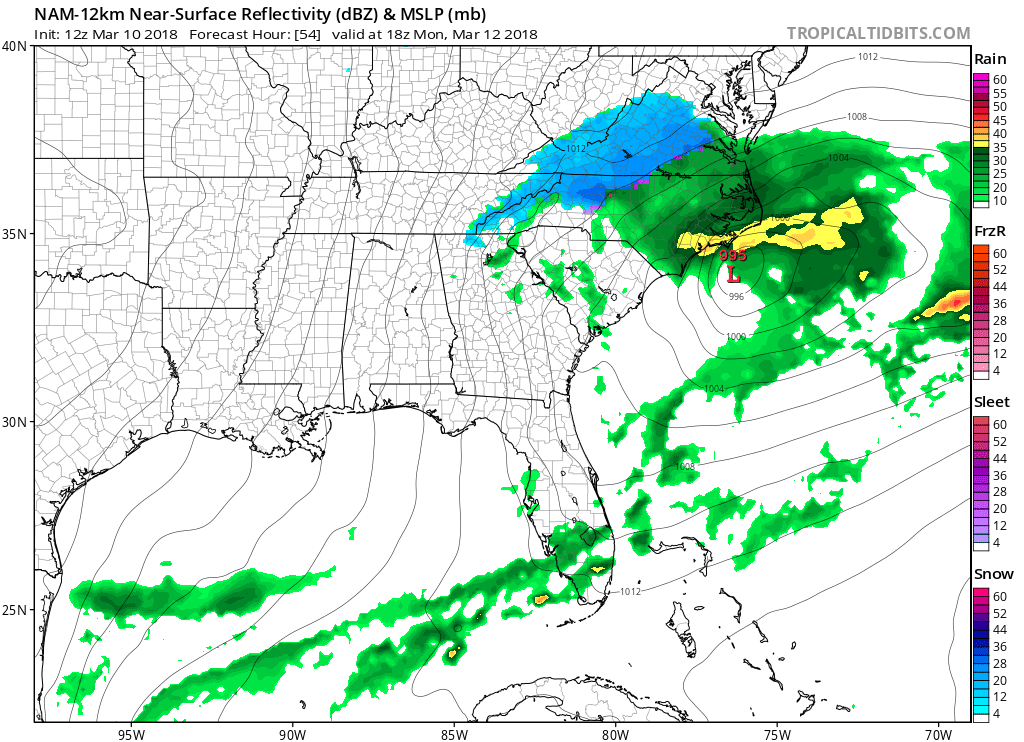 Only places likely to see accumulating snow will be in the mountains, and along the NC/VA border. VA could be the winner with snow amounts with this next system. NAM is typically decent in the short-range since it has a higher resolution. 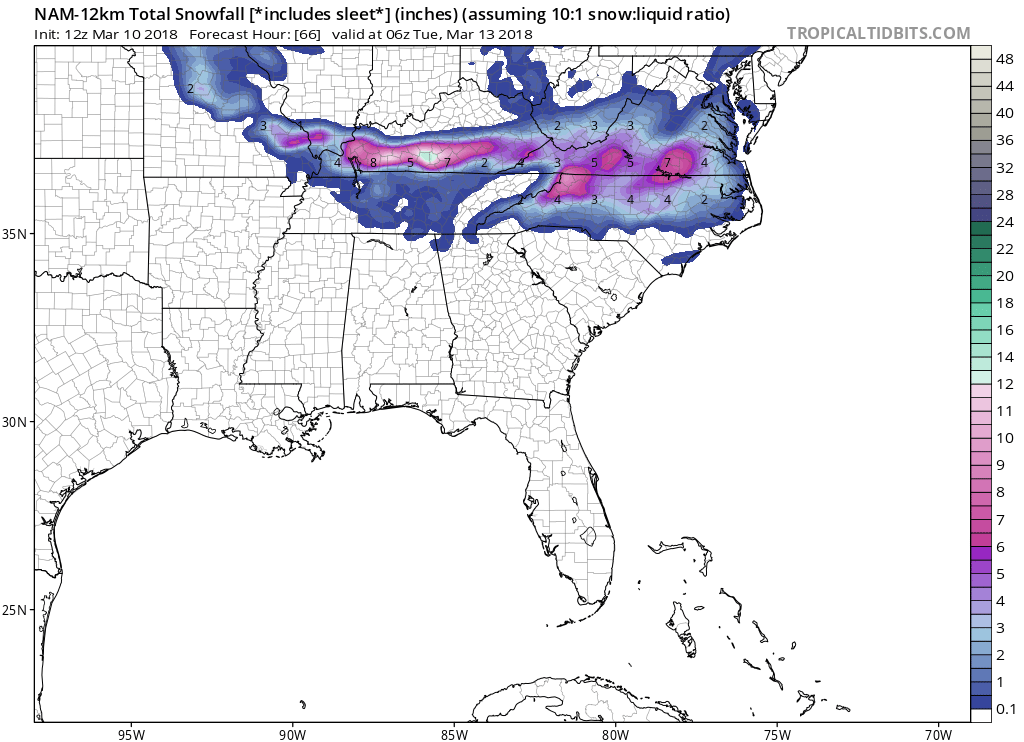 Canadian model is not so bullish with snow amounts across NC, however still along the NC/VA border could see some decent amounts.

Timing: This is early Monday rush into Monday early afternoon. Storm is gone by Monday evening.

One thing is for sure, the COLD will return by mid-week. Keep those coats and winter hats handy! GEFS ensemble for 1pm Weds: 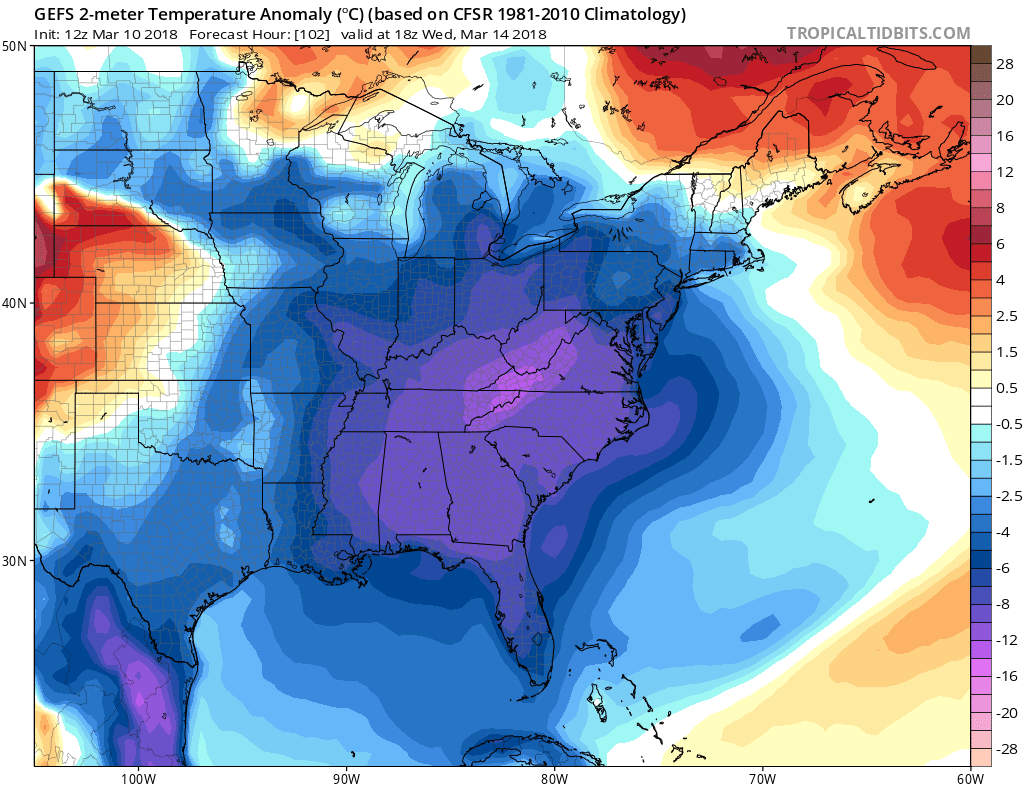