Looking at the latest 0Z models early Wednesday morning, Invest 94L may not have a direct impact on the US, and may fall apart and not strengthen. There is a lot of dry air it’s path, and there is some moderate mid-level wind shear ahead of it also. This is not favorable environmental conditions for development. What will likely happen is, the Invest will either break apart, or will eventually take a northward path and move out to sea.

The GFS for July 13 shows a weak disturbance just east of Florida. The model had a hard time keeping the Invest together with it’s track across the South Atlantic. A 1013mb low is not a big deal, and is barely a tropical disturbance. The CMC, or Canadian model, has it as a tropical storm around the 13/14th off the Southeast Coast, but has it re-curving to the north and away from land. Not shown is the Euro, which loses the storm altogether.

Latest GEFS ensembles show the storm heading out to sea, whereas some of the ensemble members have the storm drifting west into Florida. Even if it did hit Florida, I’m thinking the biggest impact will be rain. It will not really have a chance to strengthen, and if it does, it also has to deal with shear. That’s the thing about July, it’s not prime hurricane season. There is still a lot of upper-level shear leftover from the late spring. Shear is wind in different directions at mid-levels in the atmosphere, which essentially shreds apart a tropical system. 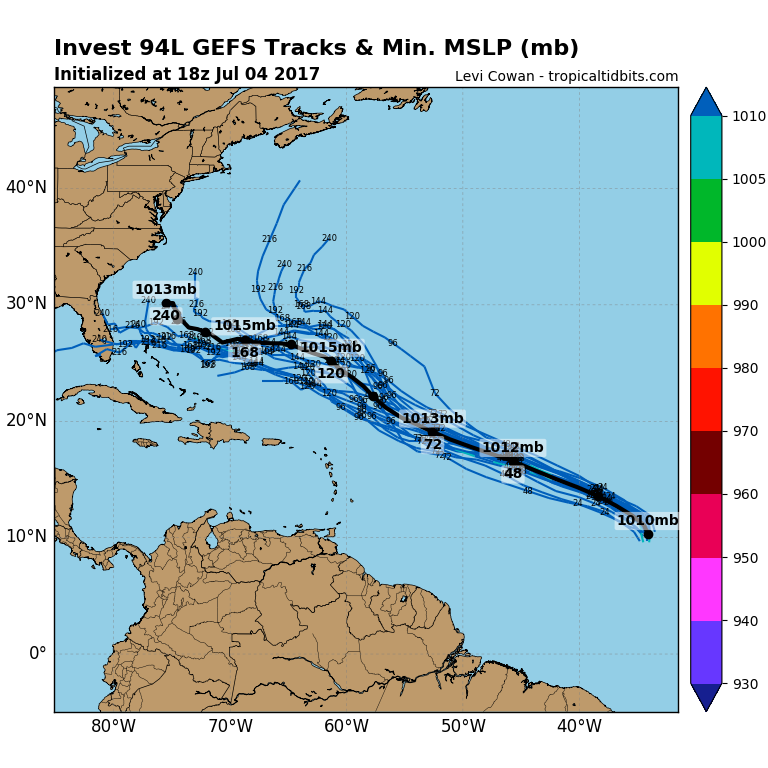 The National Hurricane Center still has a high chance of development, however it might only be into a tropical depression or a weak tropical storm at most. The track they have is more to the north now than it was before. They might be thinking the same, that it will track away from land. However it might not even hold together in the first place. 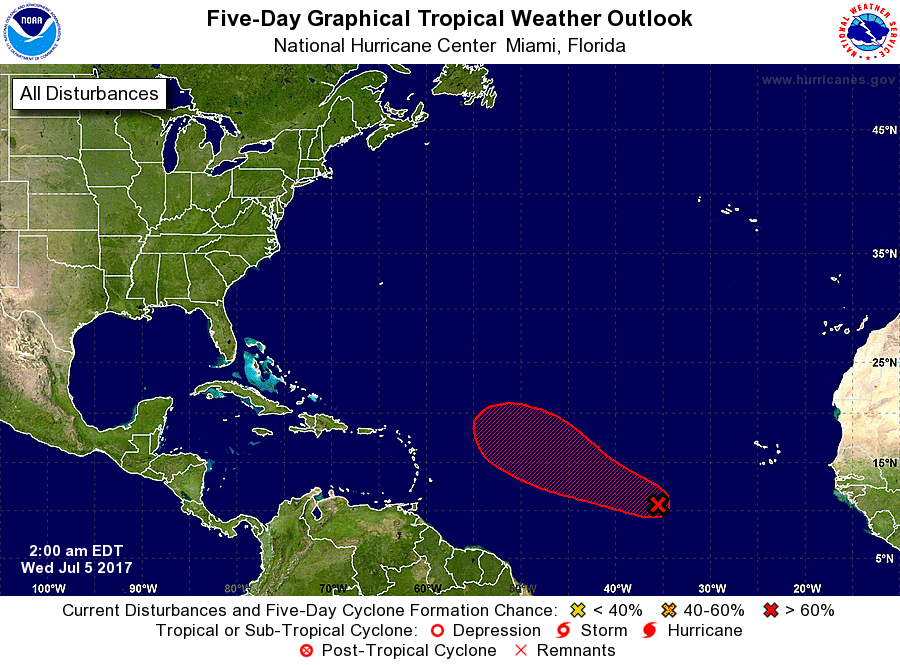