For the second night in a row, our region will experience chilly temperatures. Temperatures may be a bit colder than they were this morning for many locations, perhaps a degree or two colder. Along the coast will see the warmest temperatures tonight, as they are moderated by the water.

Widespread 40s are expected across the Piedmont by sunrise on Monday, and even some 30s in the mountains, especially the higher elevations. For most, it will not be necessary to run the air conditioning tonight, so that may save on some electric bills. 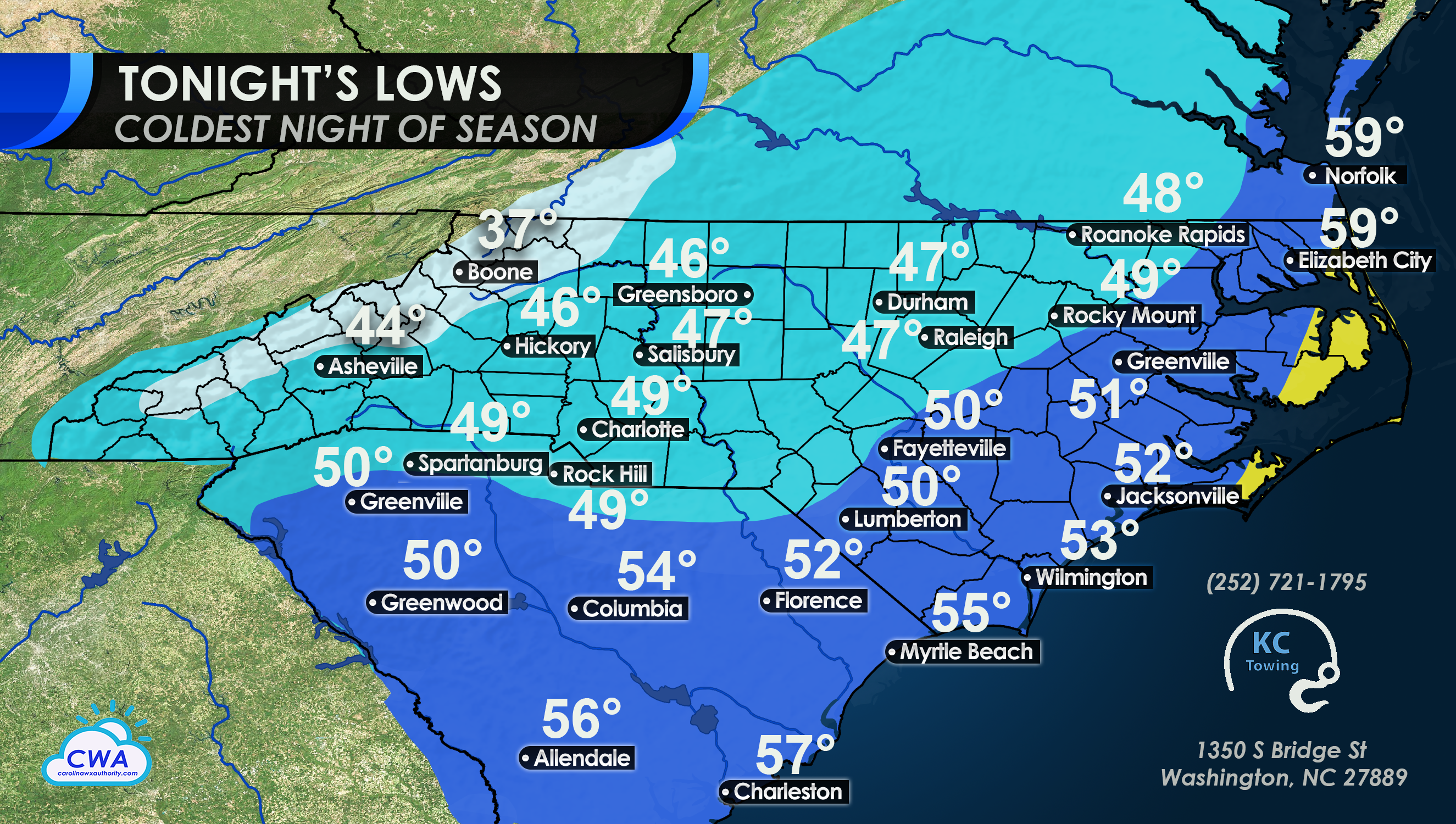 Normally we don’t see this kind of chill until October, so it is a bit early this year. We will not quite reach our first frost, as that would require colder temperatures. But it is possible that we will see it in early October.

Temperatures will slowly rebound this week, and then back to seasonal normals by Friday. But then the first week of October we will see another blast of cold air. This is opposite of last fall, since it was scorching hot.

Stay with us as we bring you more posts and articles!