WEEKEND COASTAL STORM AND BEYOND

We hope you are enjoying the daily emails during the week. I did want to point out that we will likely have little impacts from the storm late this week in the Carolinas, but there may be some along coastal Virginia. The biggest threat for VA folks will be some heavy rains but the wind will be a concern.

First things first, let me show you the graphic of where we think the impact zones will be. This will generally be a northeast storm, so the cut off for the impacts we think will be VA. Power outages and some minor flooding will likely the be outcomes for this coastal storm. 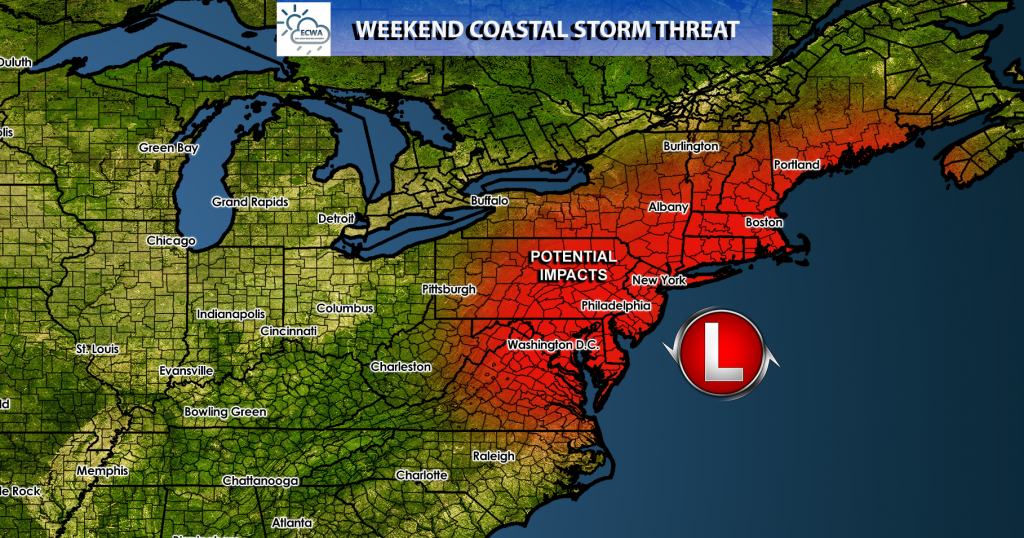 What do the models look like? Actually not that impressive. This looks more like a winter setup rather than late October, so if it was much colder this would be mostly snow and sleet. Honestly, a 1000 mb low is not that much to be concerned about, because the models are not showing a strong storm like before. Here is the GFS for Friday night into Saturday. The way this looks I don’t expect anything major for the Carolinas other than rain. Even coastal VA might escape the worst given this scenario, but it bears watching. 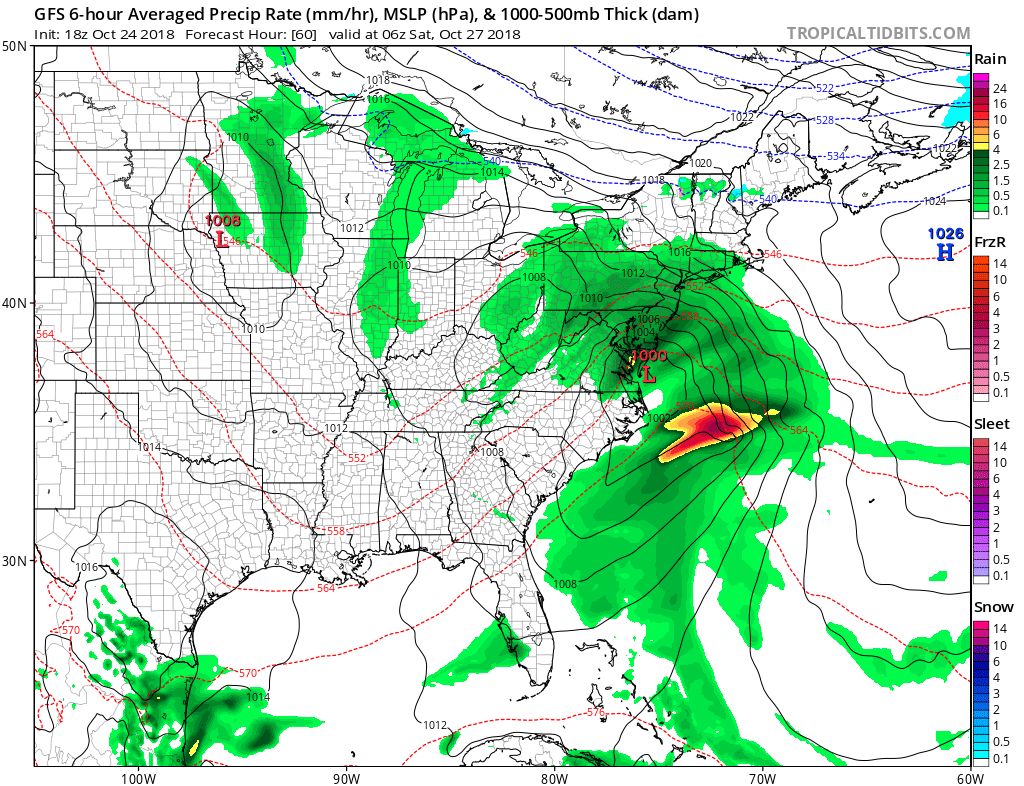 The forecast winds don’t look all that impressive inland, but along the beaches winds could gust up to 50mph in VA. The worst of the winds will be north of the VA coast and into the Northeast. For example, New Jersey will feel more impacts than will VA or NC or SC. 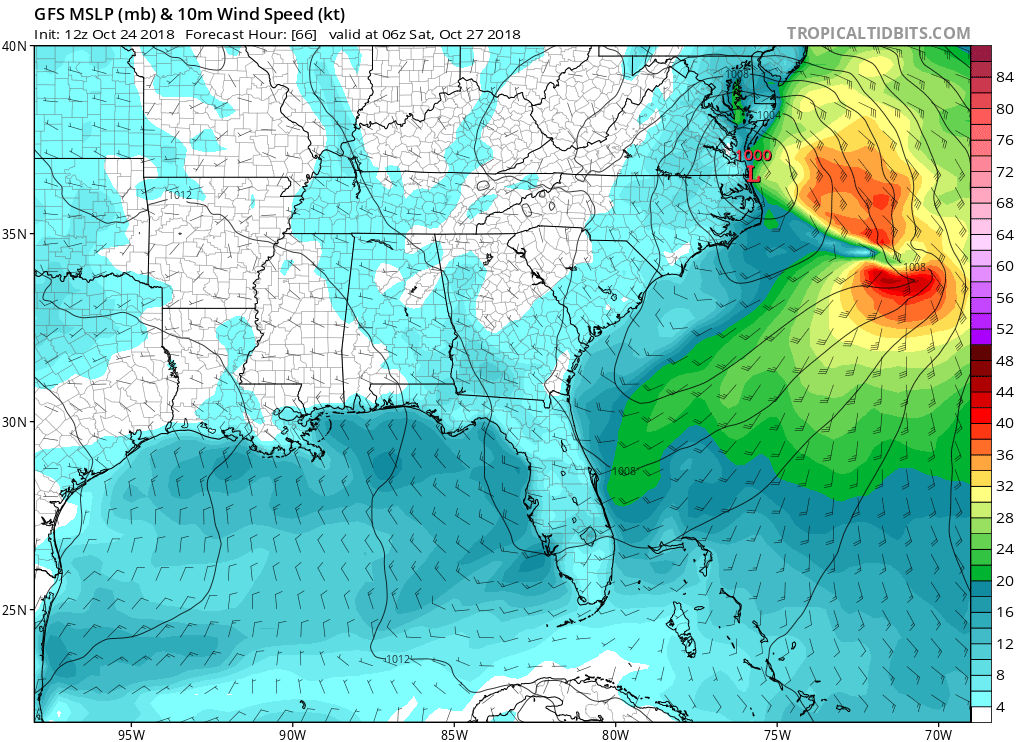 With this exiting storm will come another blast of cold air, as typically does with departing coastal storms. Much of the East Coast will feel the chill after this storm moves into the Canadian maritimes. By Tuesday morning, temperatures could dip into the upper 30s and low 40s across the region. There could be snow flurries or snow showers in the mountains to our west. This may be underdone, as temperatures could dip to near freezing by sunrise on Tuesday. Low temperatures are the first image and departure from normal is the second image. It is looking cold on Tuesday which is the 30th! 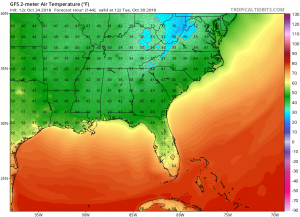 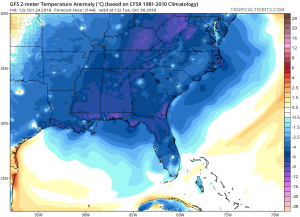 And since you’re members, here is the forecast for Halloween. Bundle up those kids (and yourselves) if you’re going out to a party or trick-or-treating! Halloween morning is looking COLD! It only looks to warm up into the 50s for daytime highs. There could even be frost on the pumpkins this year!

If there are any significant changes, we will do another article. Otherwise, enjoy the rest of the month and now you know what we can expect!