Some were asking what is next in the pattern, and when is the cold coming? And is the Polar Vortex going to expand to the point where a piece comes far enough south over the US? That is the question that is up in the air right now. The latest GEFS long-range shows blocking over the North Pole and a frigid airmass over the Hudson Bay, on or around the 18th. 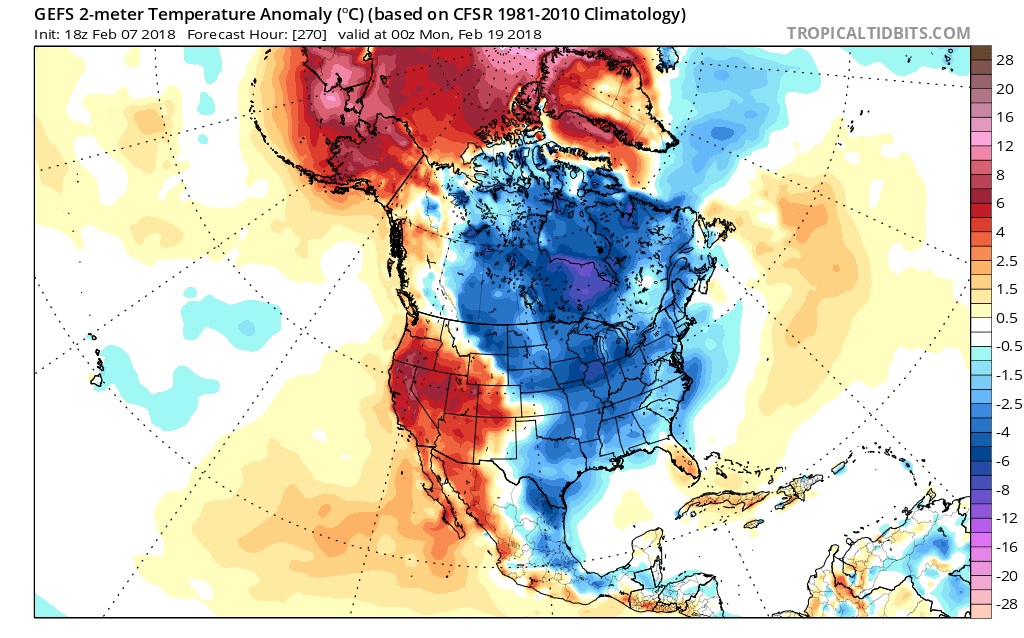 Right around this time, a trough will take shape across the Hudson Bay. The ensembles may be trying to even out a deeper trough around the 18th, as there many be disagreement in each single model run. 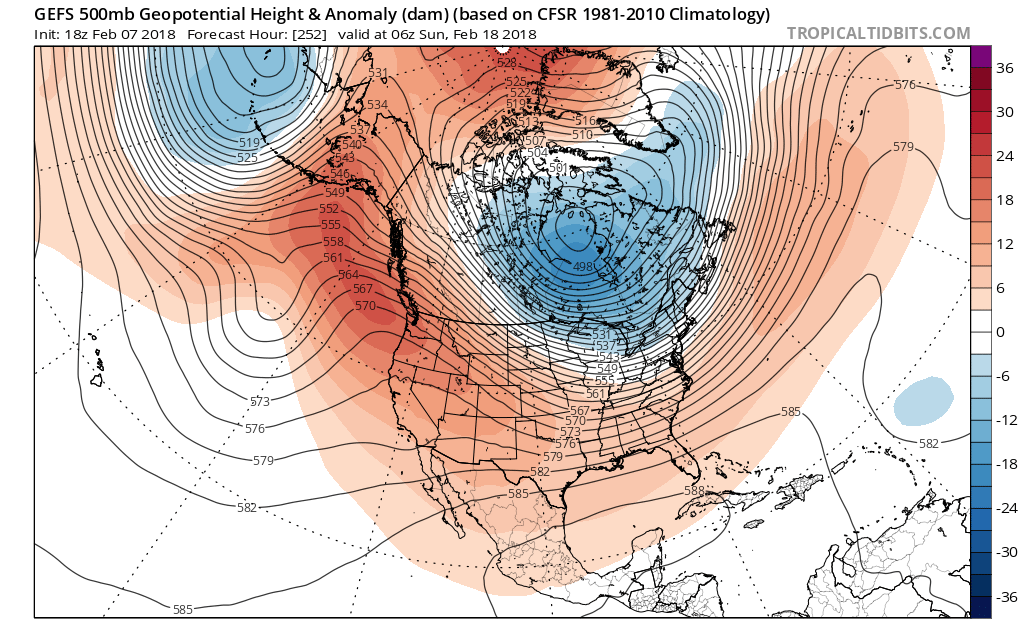 The Euro is also indicating the same trough up in Canada, which means that the real cold might not make it all the way into the South. There would be a strong ride over he west coast, which is beneficial, but there is a strong high down in the Gulf that would pump moisture and warmer air into the Deep South US. 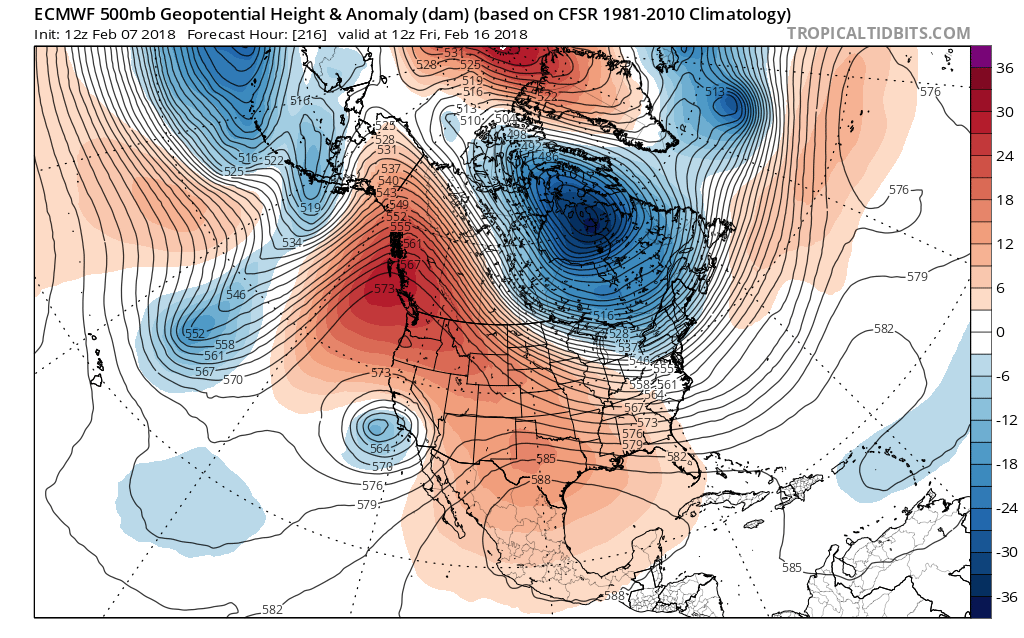 So when is the real cold coming, with chances of storms? That has now been pushed back to the 16th. But if you think about it, that’s only 9 days. Then things look to change. How drastic? There’s not telling at this point, but for now it’s just a heads up that there will be a shift in the pattern.