A cold front is set to push down into the Southeast later this week, bringing with it much colder air. The front is expected to dip down way down South, and even into the Gulf before it stalls. On the northern side of this stalled out front will be the cold air, while on the south side of the front will be the warmer and more humid air.

Temperatures later this week on the northern side of the front will be cold enough for wintry precipitation, but could warm up just enough to make it all rain. In a situation such as this, we call it “overunning,” where warmer air from the south runs over top of the low-level colder air to the north. This results in rain along the boundary, sleet and freezing rain farther to the north, and snow way farther north. This could be in Virginia or along the NC/VA border or even along the coast as a disturbance lingers offshore. 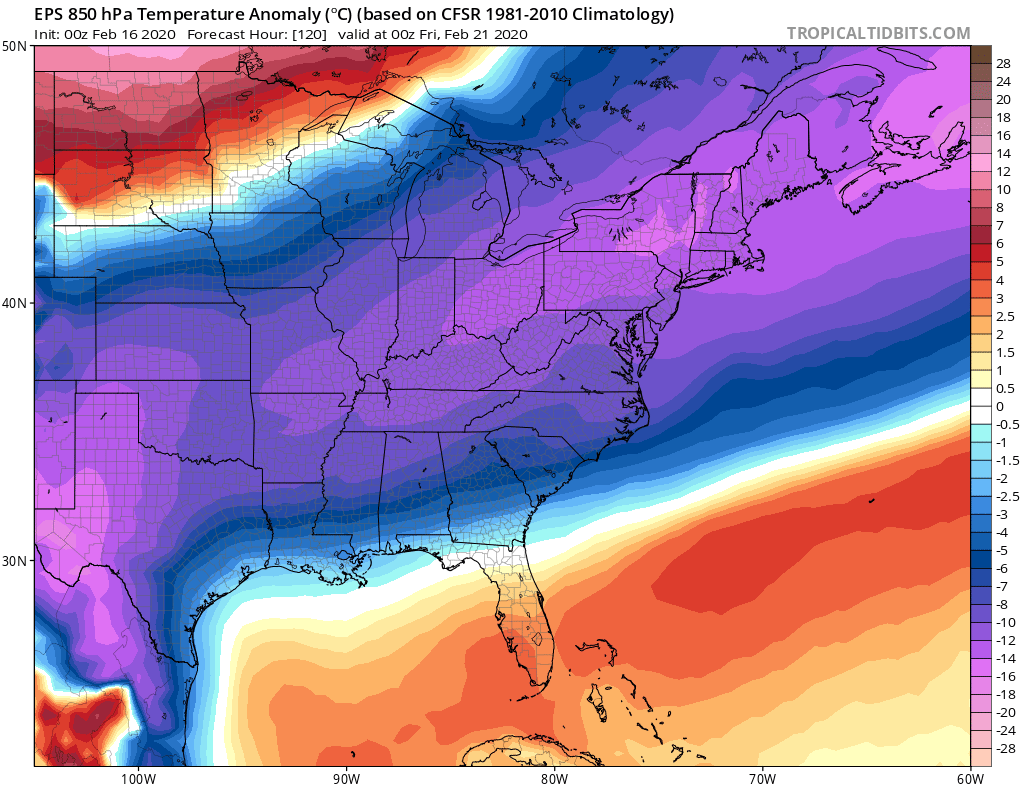 One thing for sure will be the colder air. A powerful surface high will aid in sending very cold air down into the Southeast. How far this cold air digs will determine where the rain/snow/sleet line sets up. Given the surface prognosis below, cold air looks to dig in pretty far south. So, we may have a shot of our first real snow here in the Carolinas on Thursday. Of course, everything has to work out just right. The odds are still stacked against us, since this system may be too far south to affect us. This could even be a Georgia or South Carolina storm, or southeast NC.

The bottom line is it’s still too early to tell, as it could be too warm for anything. We will know by Tuesday late afternoon with more confidence, as will most other sites.