Welcome! To many of you in eastern NC who have let your guards down, well, allow us to maybe not throw you so much of a surprise. Yes, the odds are still stacked against us, however the trend has been set in motion for an eastern Carolina accumulating snow. Now, amounts are yet to be determined, as that part is still unknown. But we are thinking the potential for accumulating snow right now is highest in eastern NC, east of I-95 all the way to the coast. This is because a storm system will be offshore, and could throw back snow across the coastal areas. All the way up into Southeast VA could be in on this.

Across the rest of the Piedmont, there is the potential for snow, but only light snow. This could be anywhere from a dusting to an inch or perhaps two.

As we head west into the mountains, the potential for snow increases again, but should be used with caution. Again, the winners from this system could be east of I-95. 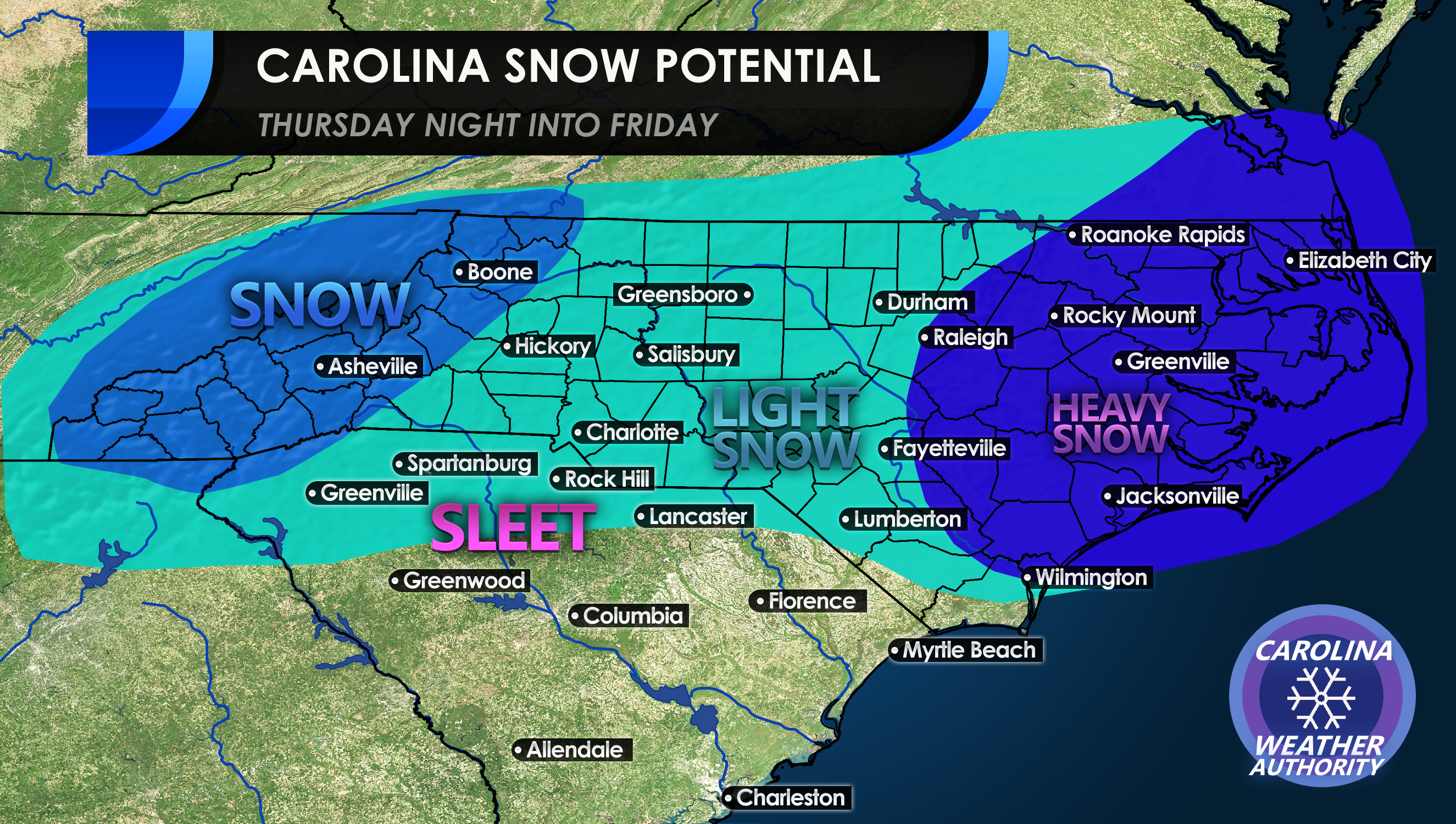 We are still a few days away from “go-time” so things CAN and WILL changes. This is not a lock yet, just a trend that we are beginning to see.

Enjoy following with us this week, and let’s hope this trend continues!