For the first week of March, the ensembles are hinting at a below-normal trend. The nation’s heartland will be the coldest, however some of this cold air may drain to the East Coast and Southeast. We are not expecting a major cold outbreak in the Southeast, but rather chilly conditions for this time of year. This looks like another case of the Northern Plains going subzero in another Arctic outbreak.

With the upcoming pattern change to begin March, there is the chance of snow but more likely for the Northeast. We could see some southern-track systems in the Southeast that could put down snow along the NC/VA border, however details are not known and that is just one example. Take measures to protect plants and crops this year! 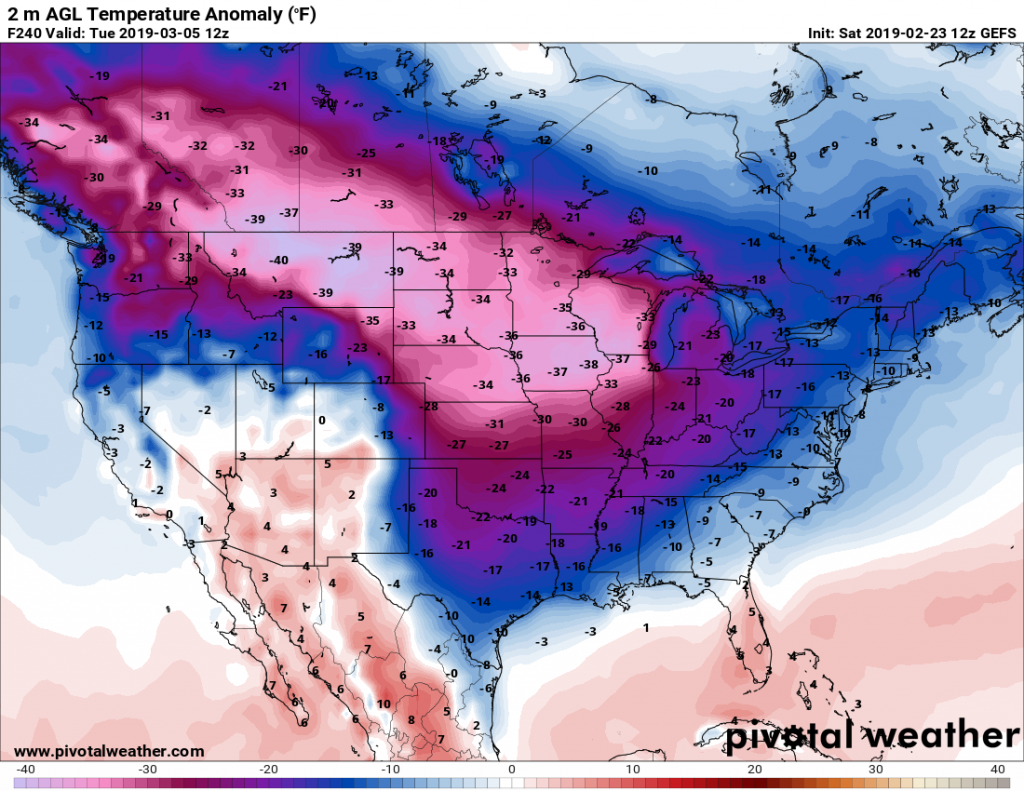