Tonight is the night as Elsa makes her way over land and up our way. She will be a fast-moving system, so we don’t expect a lot in the way of rain, but we do expect some winds to remain with her as she makes her pass. The timing is late tonight and during the wee hours of tomorrow (Thursday) morning.

Some of the strongest winds could reach up to 55 mph, but that will be closer to the coast in eastern NC and SC. The Southside of Norfolk could also get some gusts in the 40-55mph range.

For everyone else, gusts will mainly be tame in the blue, basically no higher than 20mph but a few spots could see gusts to 30mph. Everyone needs to watch for potential tornadoes as this tropical system passes by. That threat will mainly be to the right of the center of the storm, so that is eastern NC, SC, and VA.

The winds will pick up very late tonight and then will end as quickly as they start! This is a fast-moving system. Expect a quick punch late tonight. Be safe. 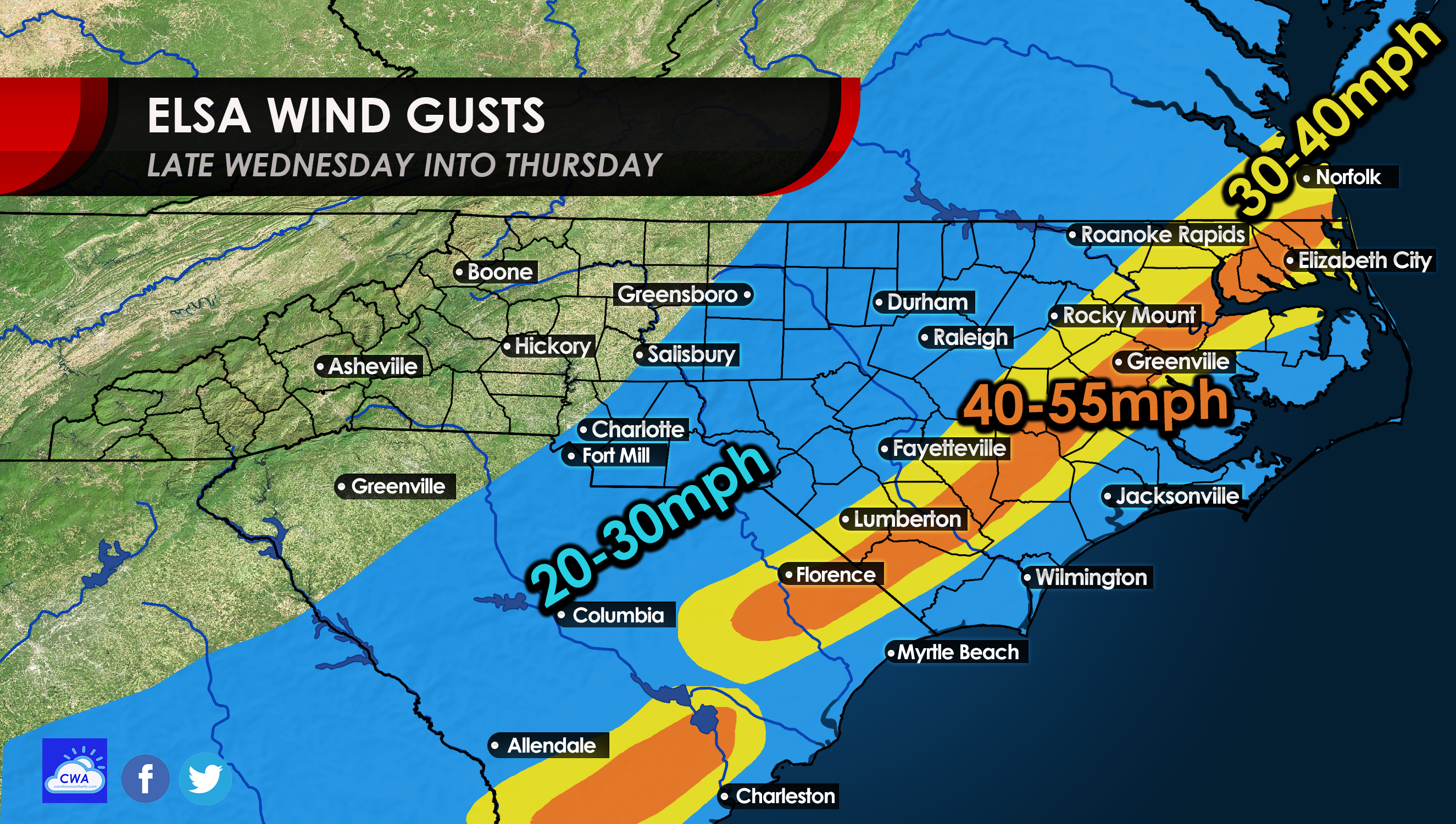