Tonight will also be quite chilly night, and into early Friday morning. Frost and freeze advisories are issued for NC through PA. The light blue are the frost advisories, and the darker blue are Freeze Warnings. You may have ice to scrape this morning if you live in or near any of the shaded areas. 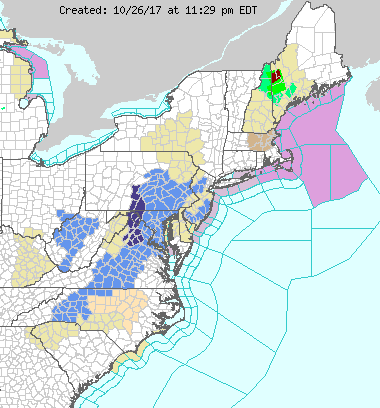 This coming weekend, it will get cold again. This will be due to the formation of a coastal low, which will draw in much colder northern air behind it. An area of low pressure will form just off the NC coast, and will then move northward and slam New England sometime on Sunday. The GFS thinks it slams coastal Maine. Much of Maine already has had record rainfall amounts. There could be much more rain for there and more flooding. Also the winds will pick up, and will cause widespread wind damage. 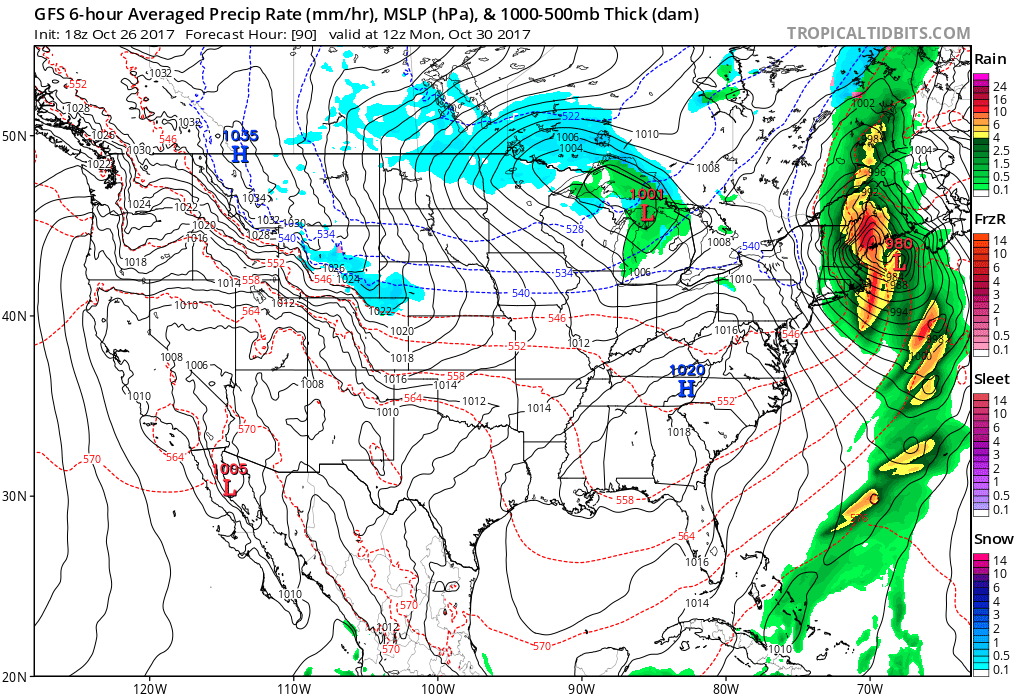 Temperatures will continue to remain below normal at least through Halloween, Still won’t be cold enough for snow yet, but we need to get there first. However the pattern we’re in is a good one for winter, if only it holds.

Again, we will have frost, then a front comes through Saturday and drops temperatures, cold again, and then the coastal low, continued cold.

Active pattern! Also we have something to watch in the tropics that could be a threat to South Florida. 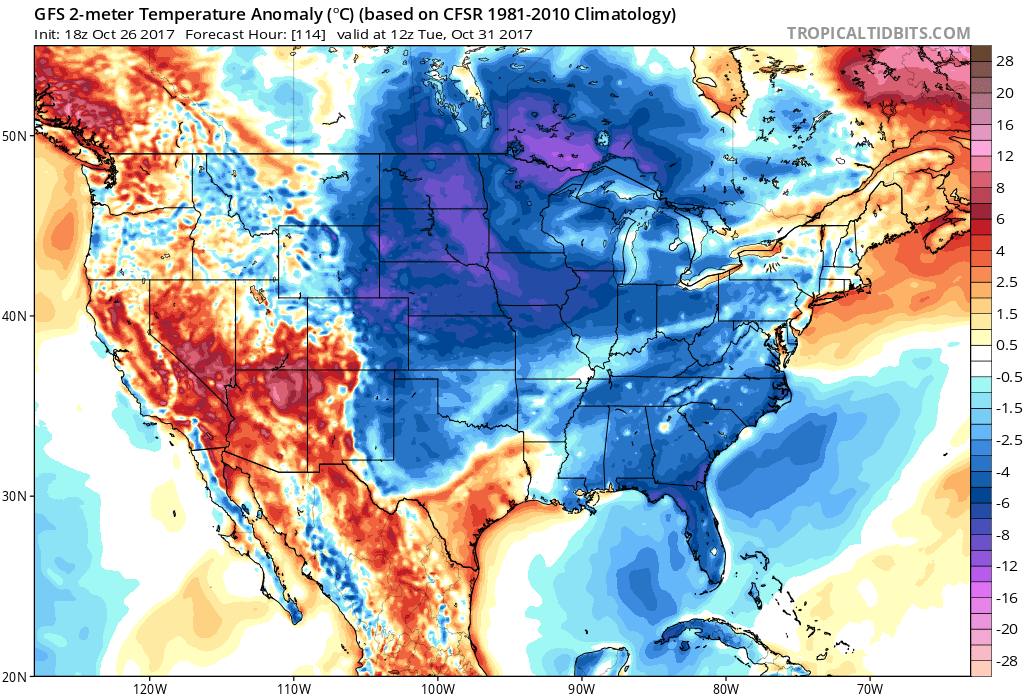