It is July, so we can expect July-like temperatures for many locations. There has been a series of cool shots, not cold, but cool that have kept us seasonable for this month. There could be a few days where it reaches 90 in the Northeast, but nothing crazy like 100. Now there could be some temporary heat around DC and Northern Virginia this week, where temperatures could top out in the mid 90s. We will also have our late-day showers and thunderstorms as the afternoon progresses and things heat up and become more unstable. Below are the 500mb height anomalies from the GFS, CMC, and Euro: 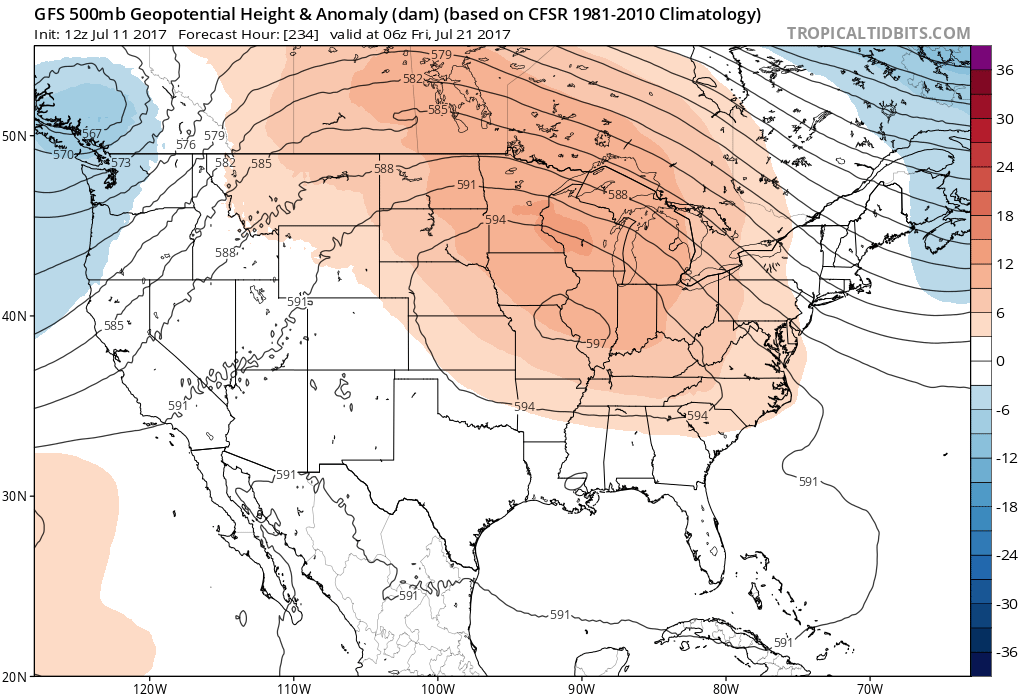 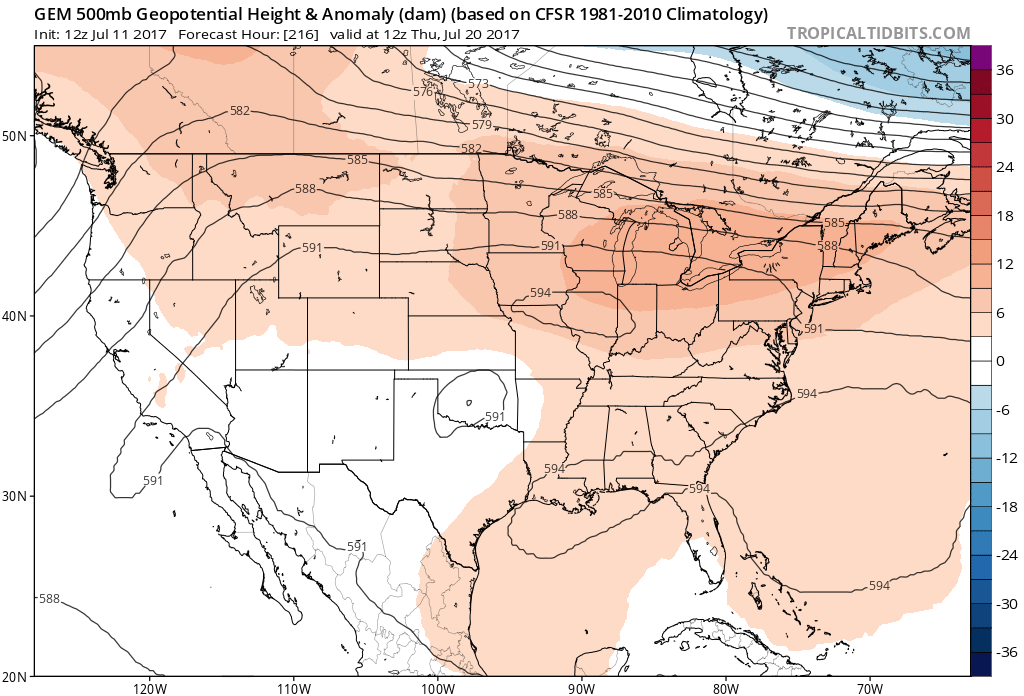 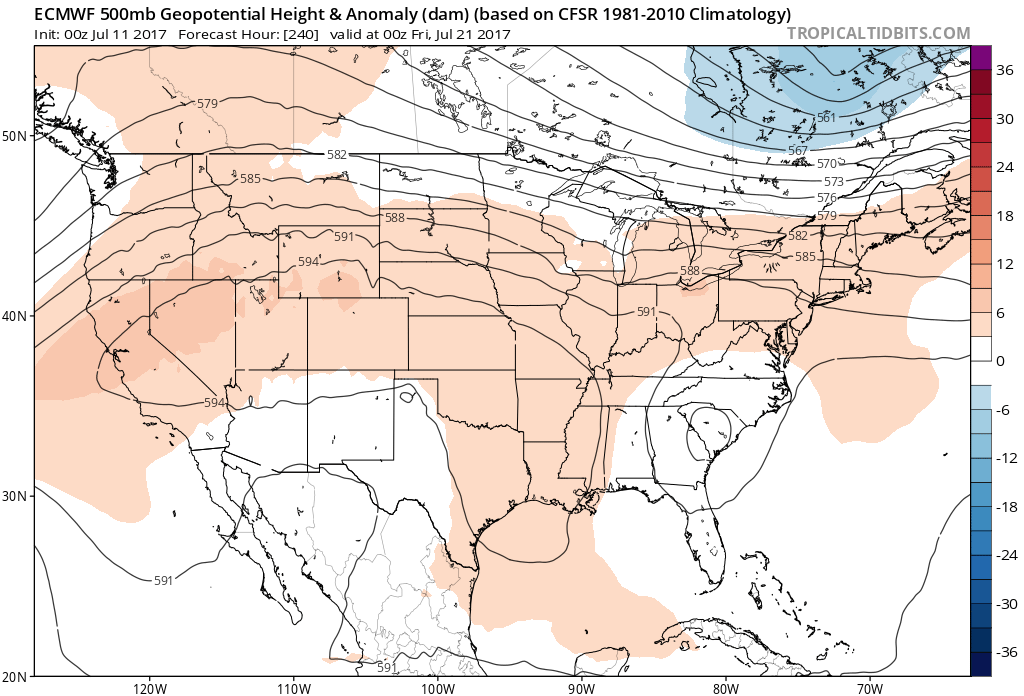 Highs across much of the East will remain seasonable, with no extreme heat in sight, with the exception of a few days in the mid-90s for some. This temporary heat could come to an end in the form of late- day showers and thunderstorms that will cool off the surface and provide relief. There could also be some weak upper-level troughs moving through that will somewhat ease the heat and might keep it from reaching the mid 90s some days. When these troughs move through, there is a higher chance for showers and storms, some being severe.

Most of the heat will be out West. They will continue to have an above-normal summer as far as temperatures. This is normal as far as summer goes here in the East. We should not expect any extreme heat waves. When a model indicated a trough and cooler than usual, that does not mean cold air. It means that temperatures will only be slightly below normal. In this case, for this time of year, that would mean about 85-87 instead of 95-97.