A strong clipper will move south and east as described and bring some wintry potential outside of the Mountains for parts of VA in DE/MD. As the energy moves off shore, it attempts to strengthen and throws in a little more moisture and could set up a “surprise zone” of snow somewhere over Delaware/Delmarva Peninsula…which has been seen plenty of times over the last few years.  The NAM has been pretty keen to that idea 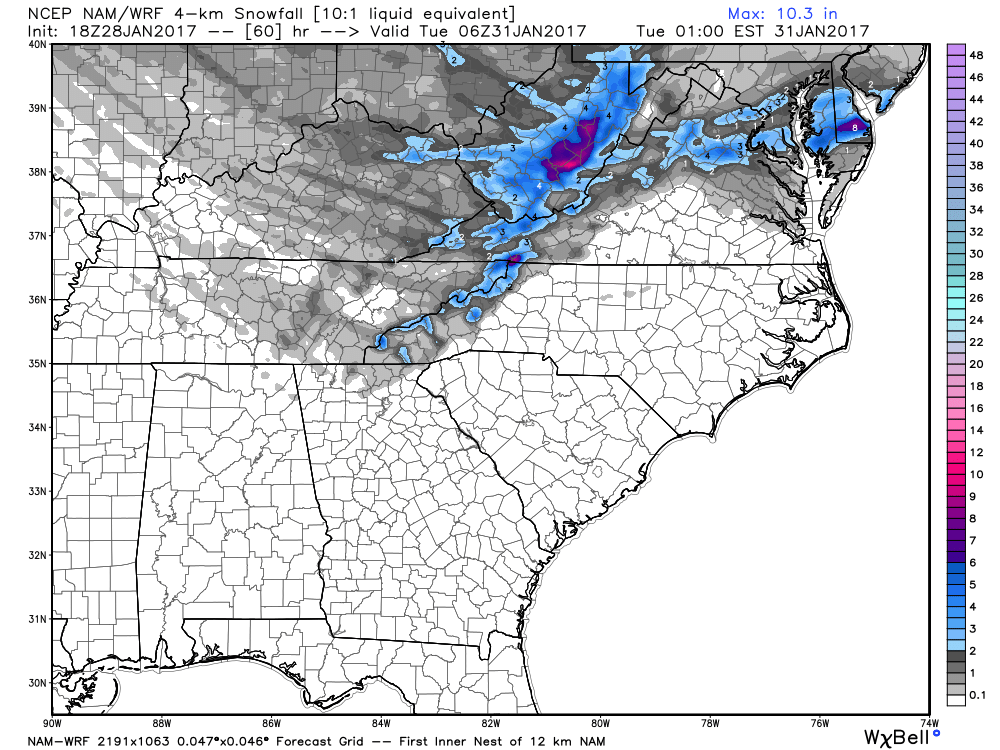 Now the NAM is known for being quite wet and this isnt considering the fact that this will start as a brief period of drizzle/rain outside of the mountains before changing to snow once the heavier bands make it east.

Known the less, confidence is growing in some accumulating snow outside of the mountains late this weekend and there is the potential for several inches in portions of MD/DE/South NJ. Outside of these area’s, snow showers accumulating to a dusting is more likely the scenario 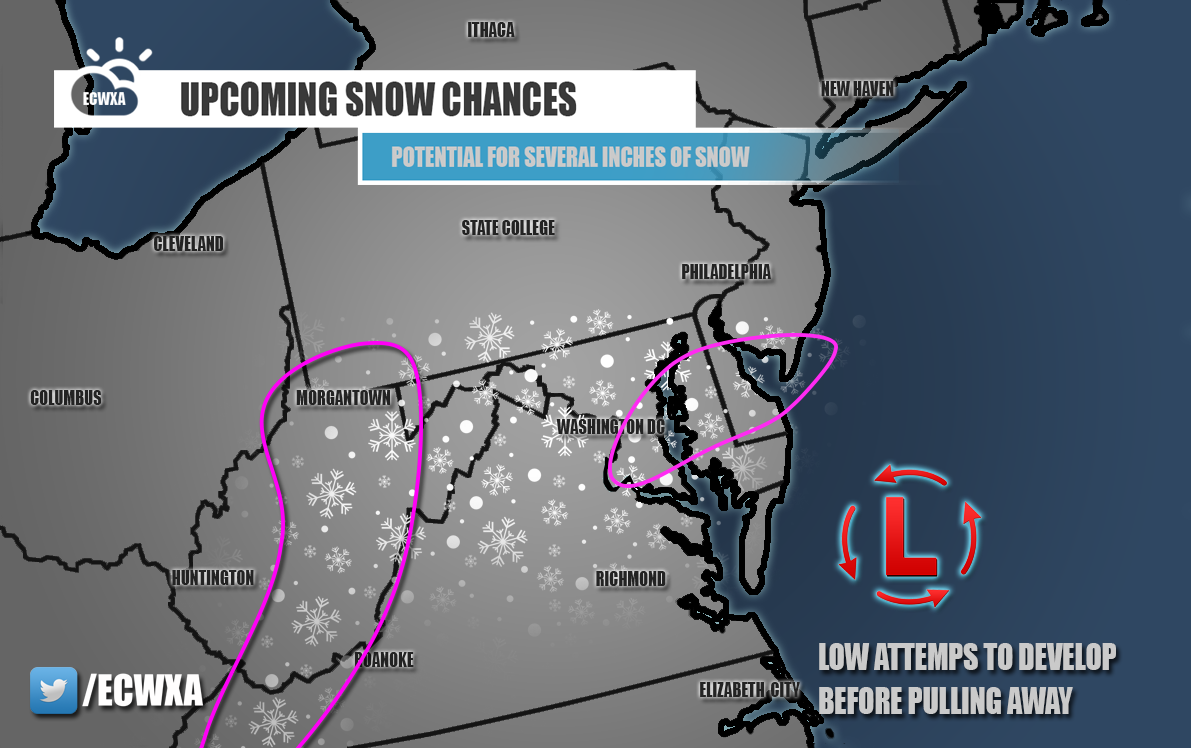