For those of us who suffer from heat and humidity, there could be a bit of a relief a couple of times before the end of the month. The recent break in the heat could serve as a preview for what we will experience later this month.

Shown is the GFS temperatures compared to normal for the 24th. 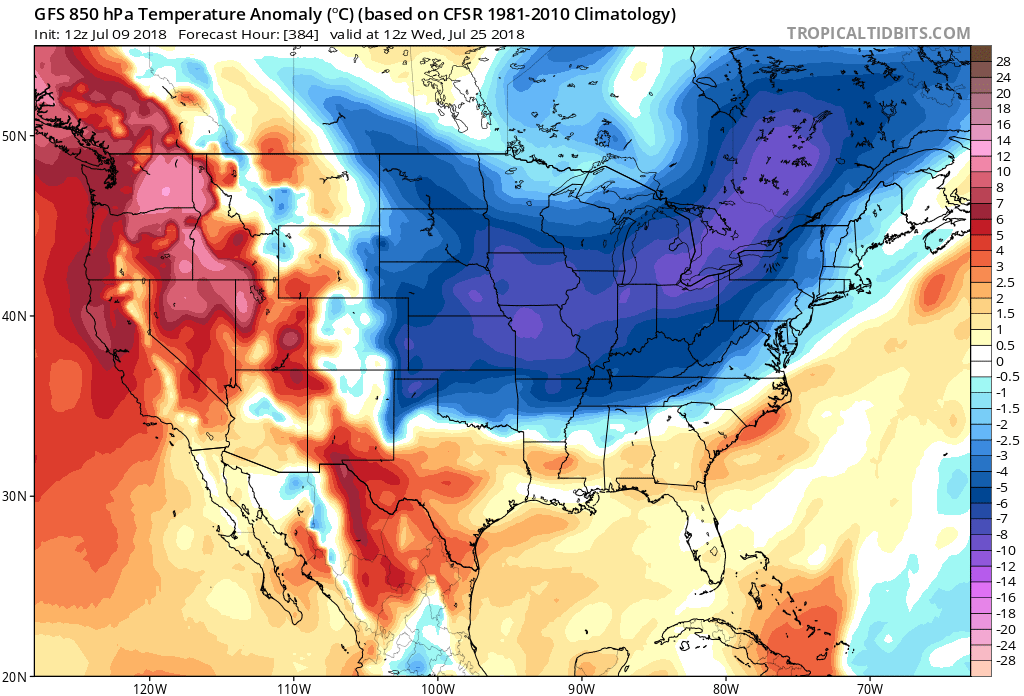 This scenario could be trending, since more than just the GFS is indicating a below-normal drop in temperatures around this time frame. Here’s the Canadian model for around the 19th: 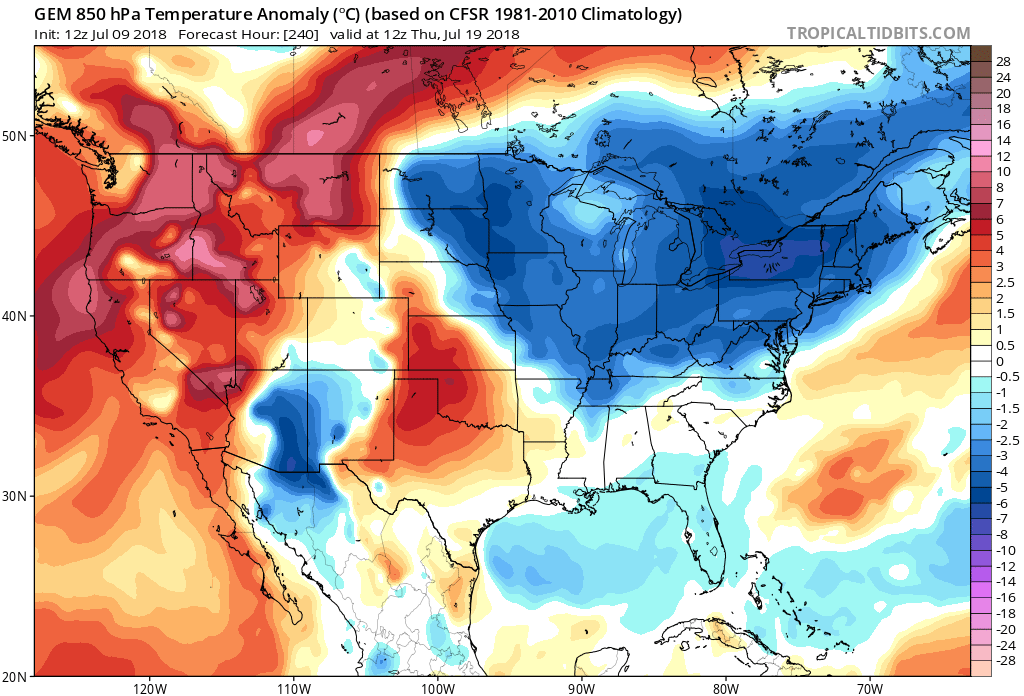 We can say that anywhere between the 19th and 25th could be the timing for the arrival of much cooler air. Any heat that lasts until then likely won’t persist until the end of the month. As an added bonus, there is a bit of a cool-down, although not much, headed to the East Coast this weekend.