Father’s Day is looking pretty decent in the for much of the Southeast. The exception will be Florida as they deal with some scattered showers and thunderstorms along with areas well to our north and west. The mountains may see a spotty late day shower or storm, but no washout setup is anticipated. High temperatures will reach mainly in the upper 80s to middle 90s.

Things shift as we head into Monday and beyond as we switch over to a zonal flow meaning the jet stream moves systems in a west to east fashion across the Eastern US. This will increase shower and thunderstorm activity, especially over the Tennessee Valley and Mid-Atlantic. Less widespread, albeit still scattered convection will encompass the Carolinas and Deep South multiple times next week. 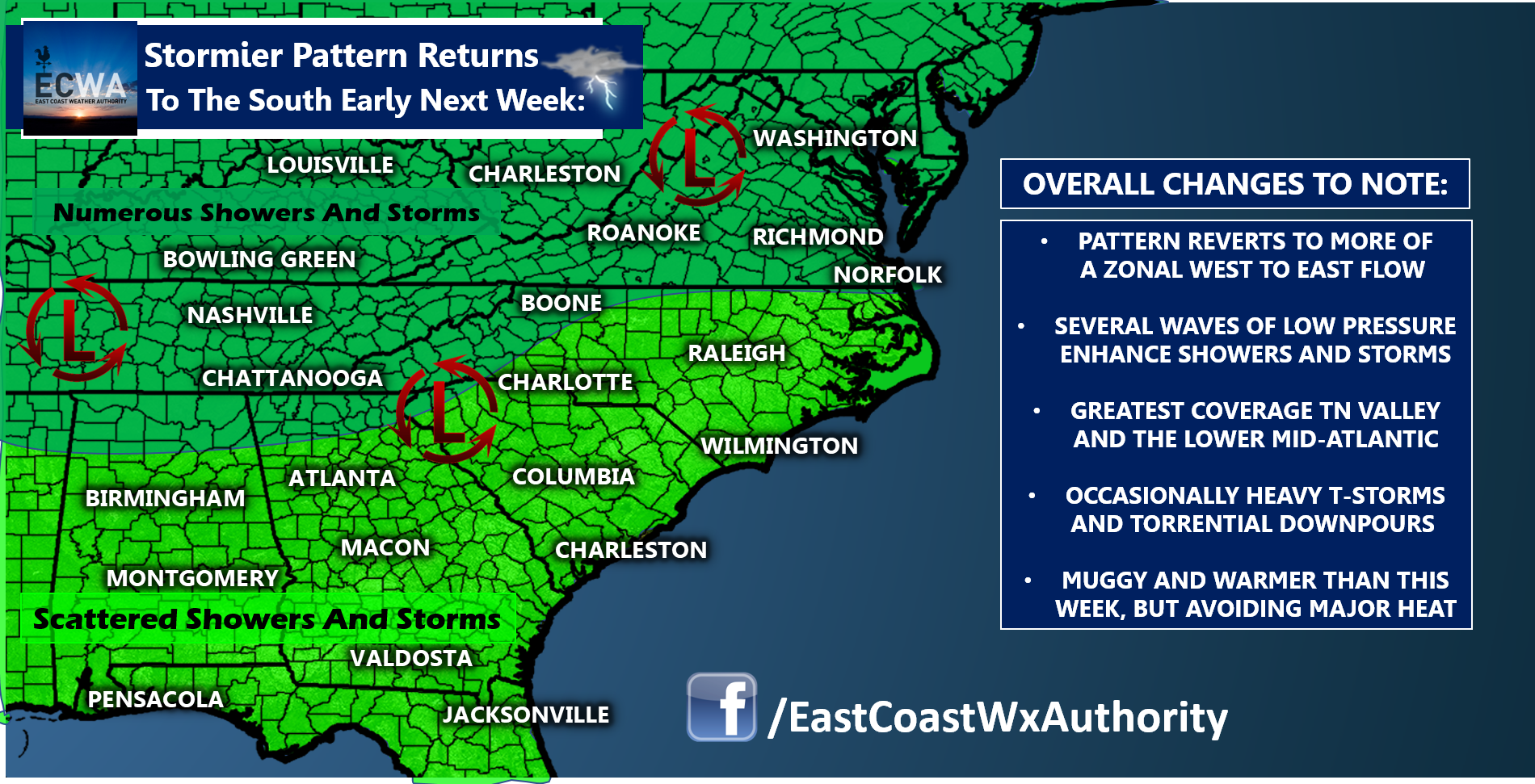 With another moisture-laden air mass over the Southeast, we can expect muggy conditions and downpours with some of the thunderstorms. We’ll need to keep an eye on the possibility of organized thunderstorm complexes to form in this type of pattern. These setups can deliver severe weather depending on their exact orientation. Best potential for that would be north and west of the Carolinas, but we’ll be keeping an eye on the setup each day and let you know of any changes.

Don’t be expecting an prolonged washout every day. Just be expectant of several days with high humidity and scattered heavy showers and storms that may pop up at any time and alter activities.

Everyone have a great weekend and God bless.