By now i know you’ve heard the talk of the pattern change coming up here in the nearby future and this post adds on to that fact. There’s pretty good agreement amongst the GFS Ensembles as well as the Euro Ensembles that a sharp trough will make its way to the east coast by the 29th. Remember this graphic? 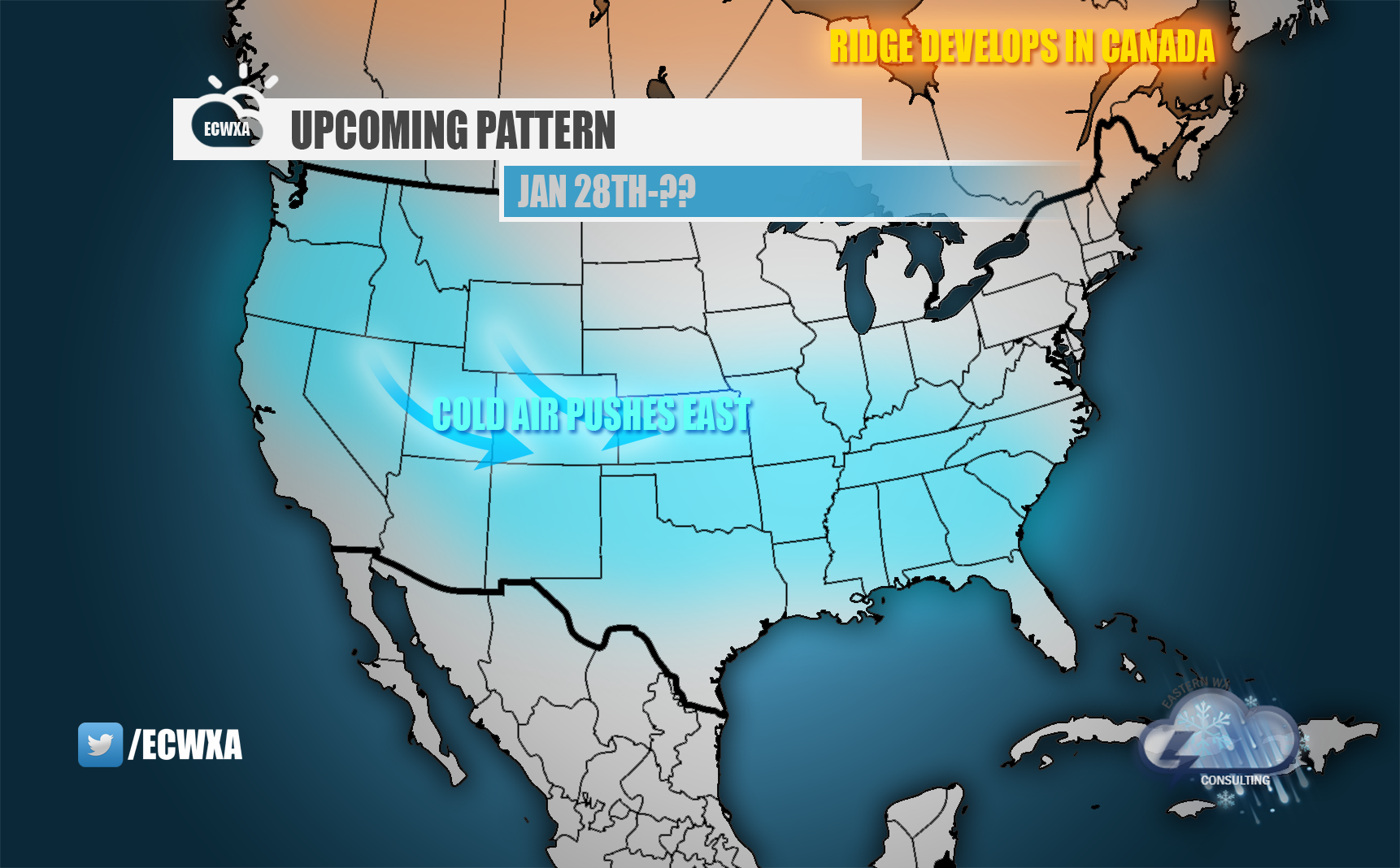 So enough of the cold….we know thats coming, the one thing we dont see are storm prospects and a lot of you could really careless if the cold comes. Its the snow you want. And of course we always tell you”models are so far out, its difficult to tell when a storm may come”

Two things i want to point out here, this graphic below is a model image from December 21st and its a projected solutions during the time we actually had a snowstorm in the Mid-Atlantic. As you can see, during this time frame most of us expected ridging to take hold of the east coast cancelling any threat of a snow event anywhere on the east coast. 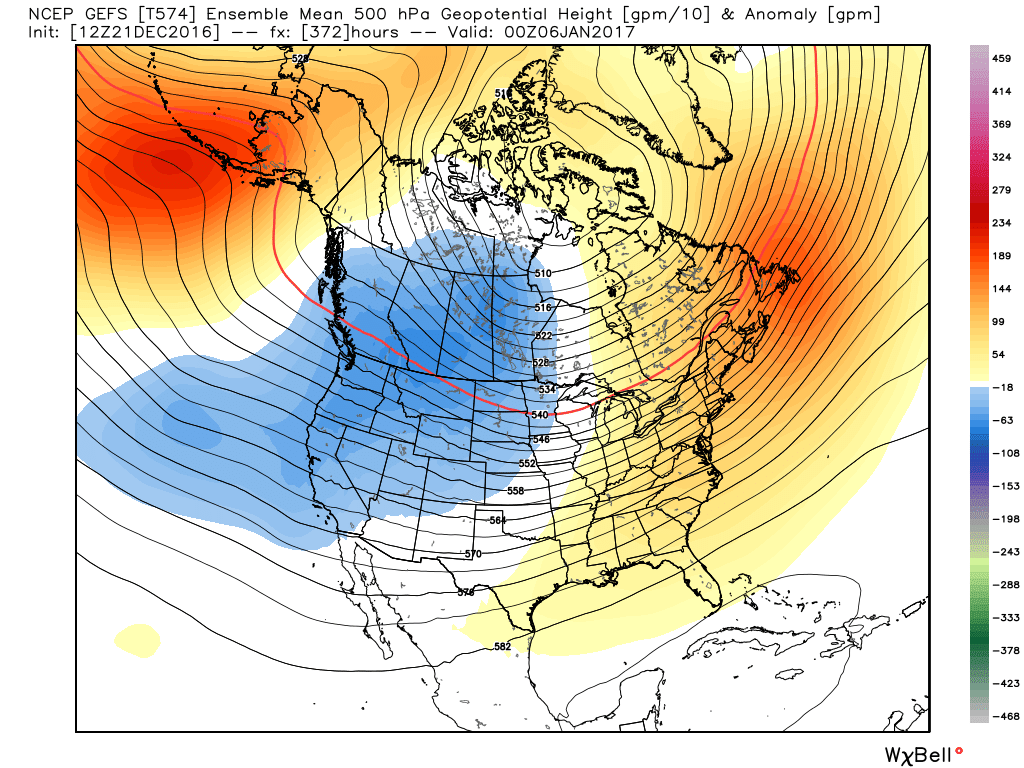 What we take from this is storm systems and temperatures are two completely different things. Sniffing out a pattern change 14+ days, compared to modeling nailing a snowstorm 14 days out aren’t even in the same ball field. The reason….MODELING. Forecasters don’t use just models to see when a pattern is going to shift. There are countless things that influence the pattern across the world. A storm system however…..is the product of the pattern and with that being said, we turn to the last thing i want to mention.