One of the best ways to forecast the weather is with either ensemble forecasting, or analyzing other models rather than just one single deterministic model. One model can waver and vary over time, which will quite often be the case. But when we look at three different models, we can get an overall idea of what the trend will be. Now that being said, we can examine the GFS, Canadian, and Euro as we have been doing. After a hurricane reconnaissance flight, we will have a much better picture early this week as actual data pours in.

The GFS has a catastrophic landfall somewhere along SC/NC border, which would be horrific. However, this model is way to intense as it is a sub 900mb hurricane. Unheard of, and thus NOT likely. 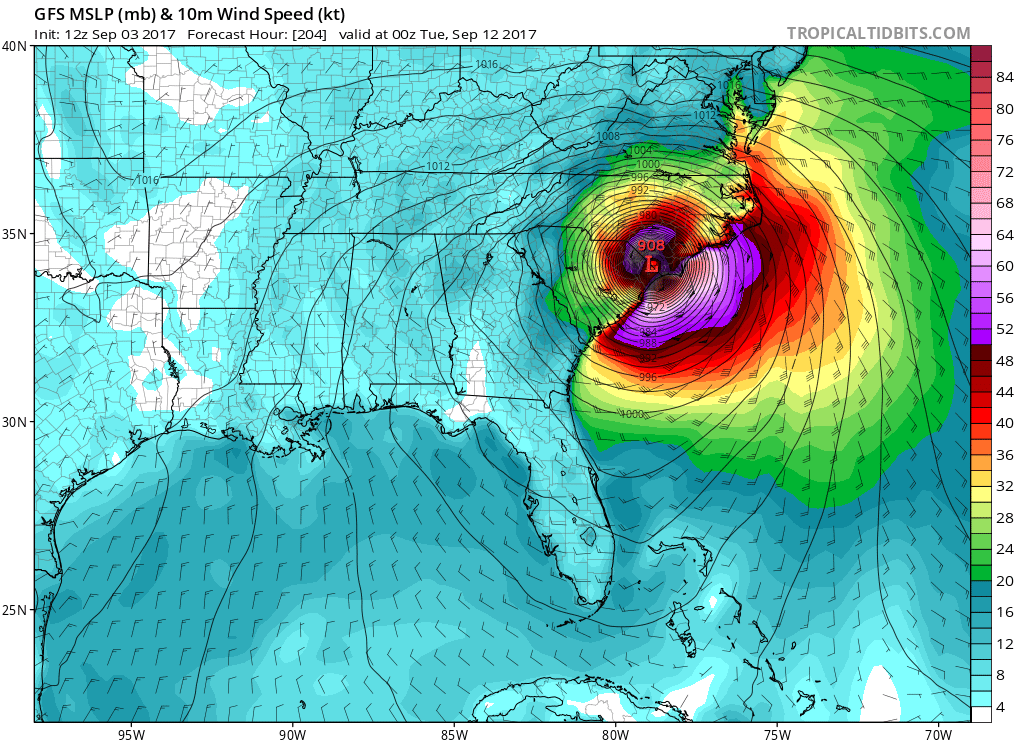 What about the Canadian model? It has Irma making landfall in South Florida as a Category 3 or maybe 4. This would be a situation similar to Hurricane Andrew in 1992. The point is that this is very different from the GFS. Can we say for sure it will hit Florida? No, but they need to be prepared in case Irma decides to make a left turn at the last minute, as Andrew did. 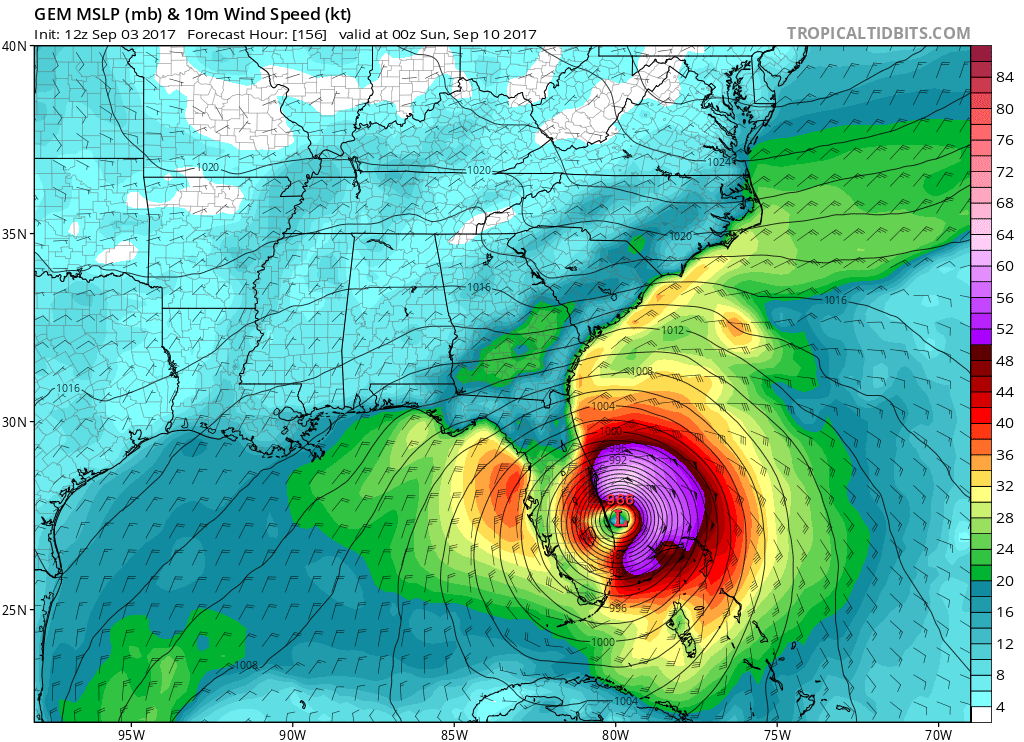 And now for everyone’s favorite, the Euro. This model isn’t perfect, but it does have a better track record with medium-range forecasts. It does have a VERY close call with the Southeast US, but then makes a recurve out to sea! The end result would be some wind and waves. Let’s hope the Euro is right this time! We don’t need a horrific devastating impact anywhere. Although my forecast will change. And the Bahamas and the islands in the Caribbean could become devastated.

Me personally, I think that Irma makes the recurve out to sea. And yes it might be close. But I think the ridge of high pressure moves a bit to the east over the Atlantic and the steering flow allows Irma to head out.

Check out how the ridge disappears on the Euro: 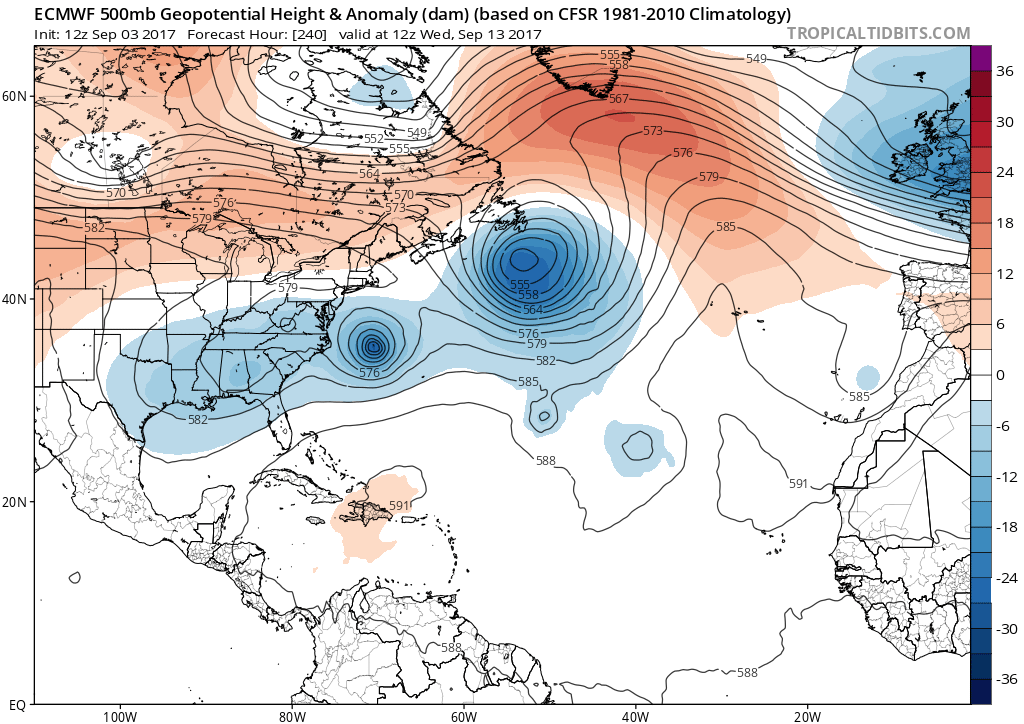 You may comment below with thoughts and questions, as long as it’s classy!