Snow lovers might be able to rejoice, as we are entering an active pattern which could persist through the end of this month. As the subtropical jet becomes active once again from Hawaii to the West Coast, we could be under the gun for multiple disturbances entering the Southeast.

This weekend is the first in a series of low pressure systems that will not cut to our west any longer. In fact, the low may track far enough south that VA is on the north side of the storm, favoring snow and sleet. 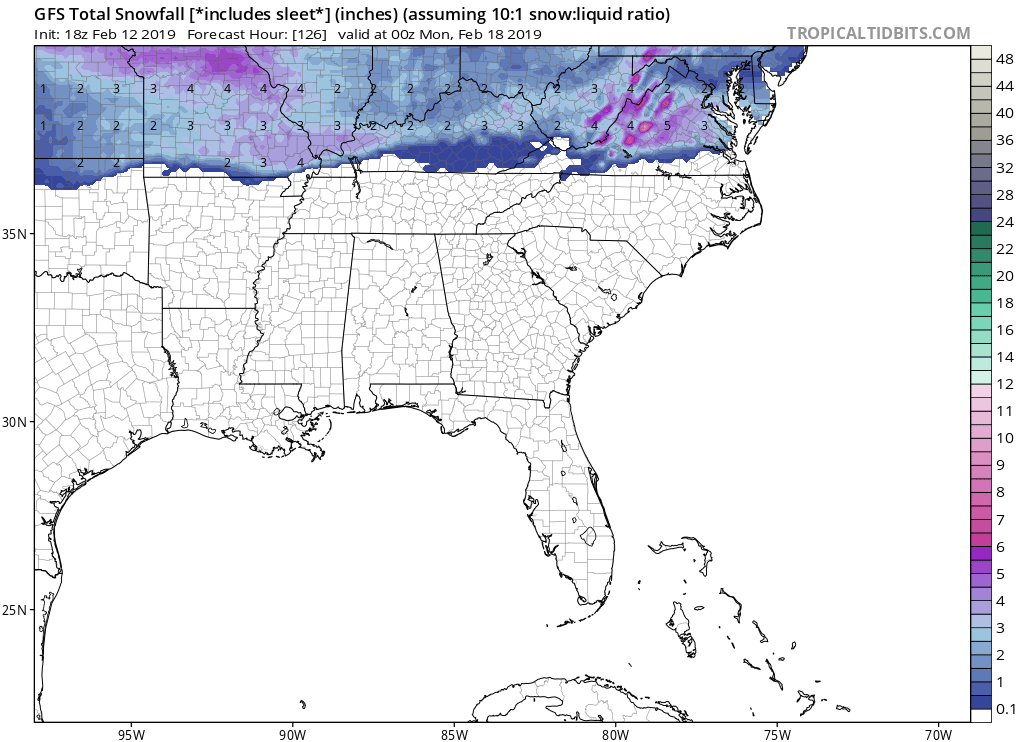 One thing to keep in mind is that these snow maps do include sleet and freezing rain. The exact numbers shown may or may not be accurate forecast snow totals. Next week we could see a snow threat farther south into NC, and also VA. This storm could be a bit more robust on the 20th. 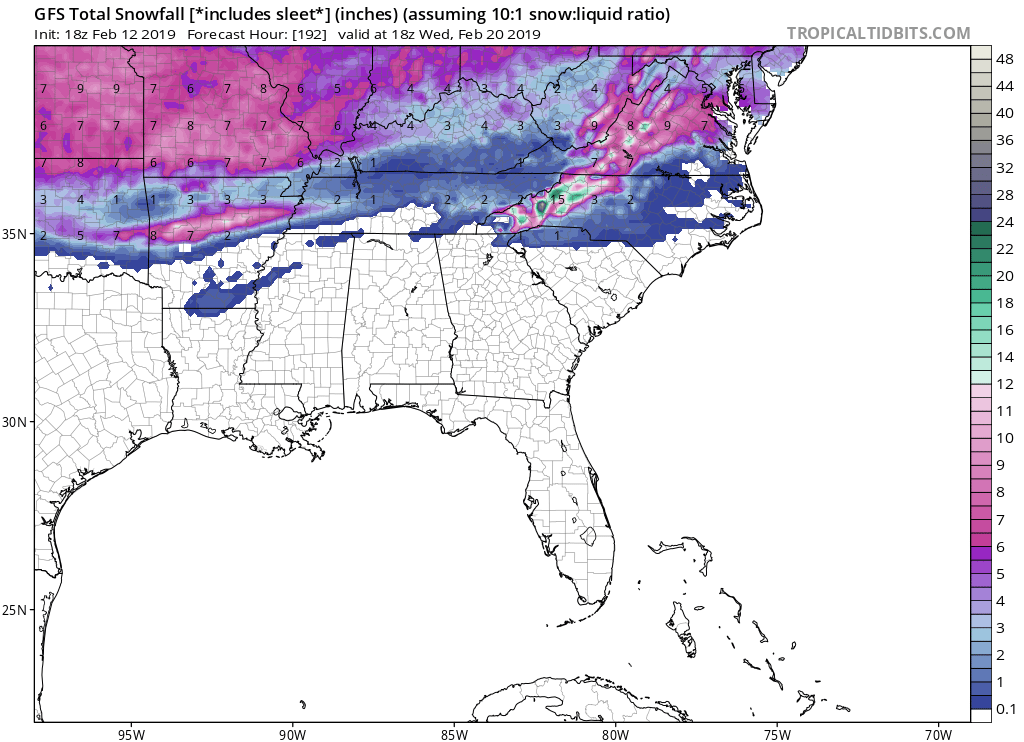 The tracks of these storms will change and amounts will vary widely. This is just a heads up as to what COULD happen this weekend and next week!