An upper-level storm system will barrell across the northern half of the country this week, and will wreak havoc on the Northeast Sunday. A severe ice storm is possible for much of Pennsylvania and down into Maryland and northern Virginia. This is on top of several inches of snow. It’s not the snow that is concerning, but rather the ice accretion. The below model forecast will change several times, but everyone from northern and western Virginia and into Pennsylvania will need to monitor the forecast over the next few days. Ice is possible even into southern New England. This will disrupt post-Thanksgiving travel, so might be better to leave today or Saturday to beat the chaos on the interstates and at the airports! 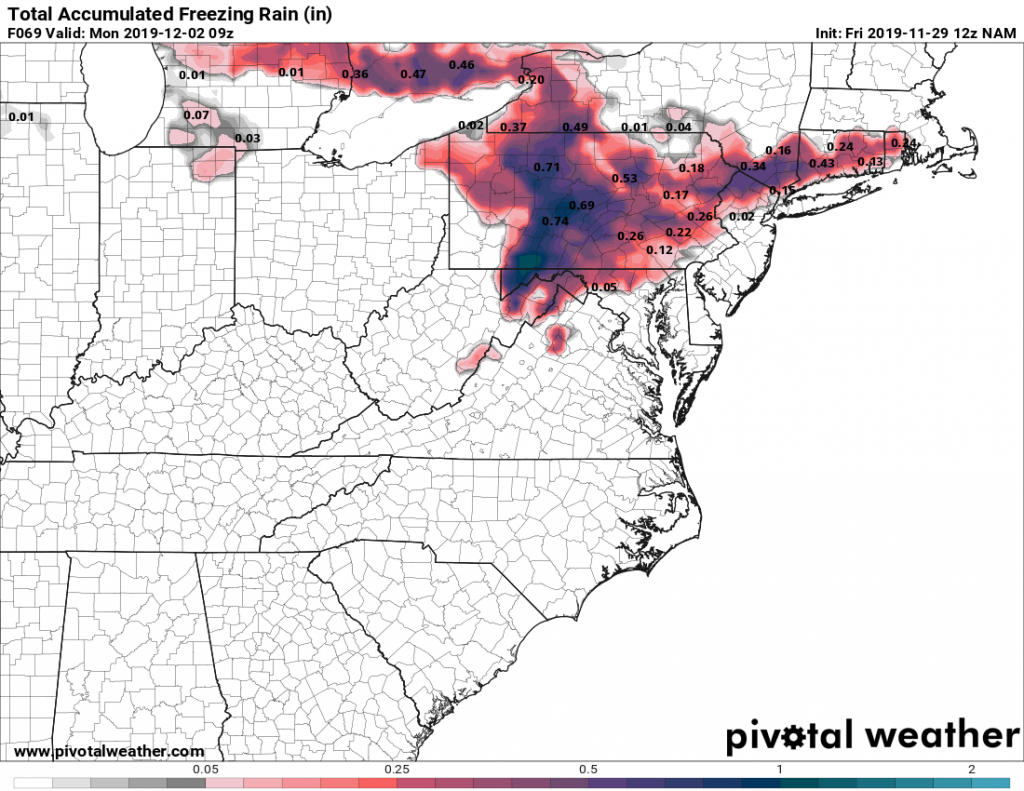 Snow from this system could extend all the way down into the North Carolina mountains by Monday evening. This will be a result of cold air flowing over the mountains behind a fairly strong cold front. Boone and Banner Elk could be the hot spots.  The Mid-Atlantic will receive their first major winter storm of the season, and it’s not even winter yet. Things will get very messy for post-Thanksgiving travel Sunday and into Sunday evening. Expect widespread delays in the Northeast, along with many flight cancellations. Plan now so you’re not stranded! 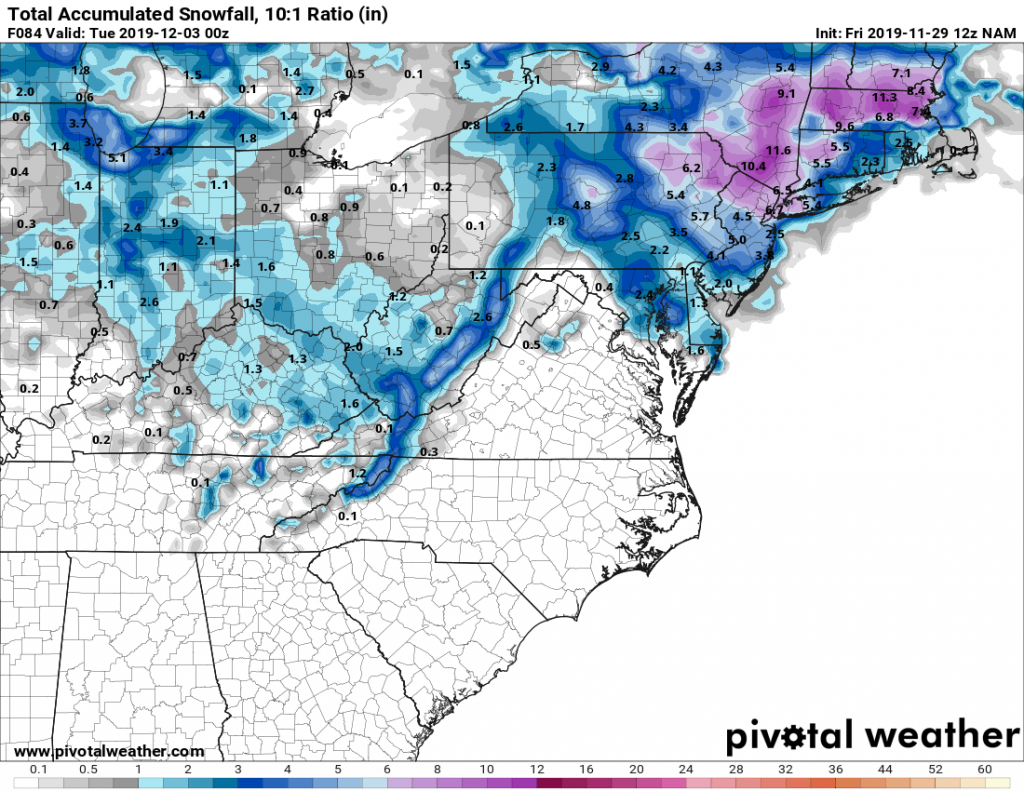 We will monitor this winter storm, however the effects on the Carolinas appear to be minimal, except for snow in the NC mountains. Charlotte-Douglas airport could have delays due to ARRIVALS being cancelled.