As February is on the home stretch, some may be asking if there’s the threat for any more winter storms. While nothing is certain, we are looking at some warmer temperatures next week coupled with sunshine. Yes it looks like the rain is on the decline (thank goodness since some of your mud was getting dehydrated), and the sun will be around most days. As we approach the middle of next week, it looks like we could be well above average for many locations along the East Coast. That would mean highs could be in the 60s. We don’t think temps will hit 70, but we are not holding off on that thought for some coastal locations.

This weekend will be chilly in the mornings, but will warm up slightly during the day with ample sunshine. However it will still be chilly overall. Hints of warmer temperatures could be in the air as the sun will be strong. 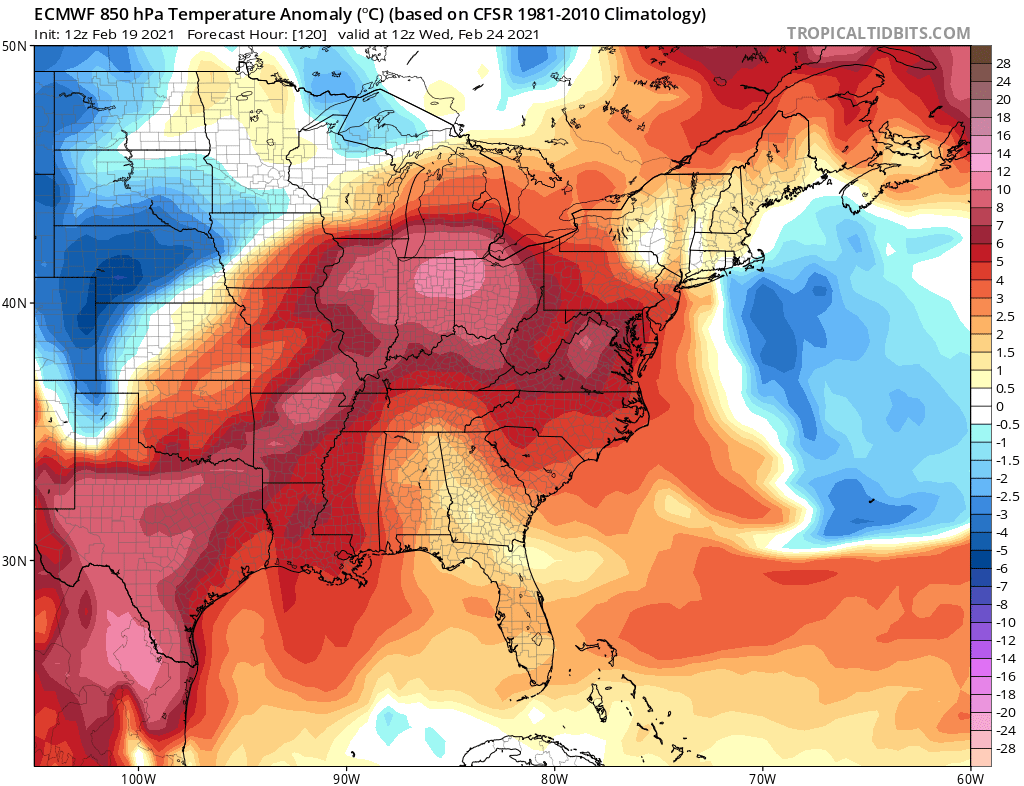 There will be some rain moving through on Monday, but then things look to dry out on Tuesday and Wednesday, which could carry hints of spring, especially on Wednesday. Clouds could increase on Thursday or it still could be sunny. Then, another system possibly moves through on Friday, which could actually be either rain or some form of wintry precip. But we will not bet on anything wintry at this point.

We are just starting to enter the time of year where it may be desirable to be outdoors, whether at your favorite restaurant or anywhere you want to get out of your apartment or house. Once the suns starts shining strong in the South, it’s hard to get any snow! We’re not saying impossible, but once we get into March the chances start to go down.

Here’s looking at you sunshine and warm lovers.