It has been anything but exceedingly hot here in the Carolinas since the start of summer. We have not even touched the mid 90s yet, and I would not be surprised if we did not for the rest of the summer. But, things can change. However, persistence is key with long-range forecasting.

The upcoming pattern for early next week is another “heat dome” for the western half of the U.S., as more record heat will settle in. This time it will be focused on Colorado. But notice the dip in the lines for the East Coast, that indicates a trough. 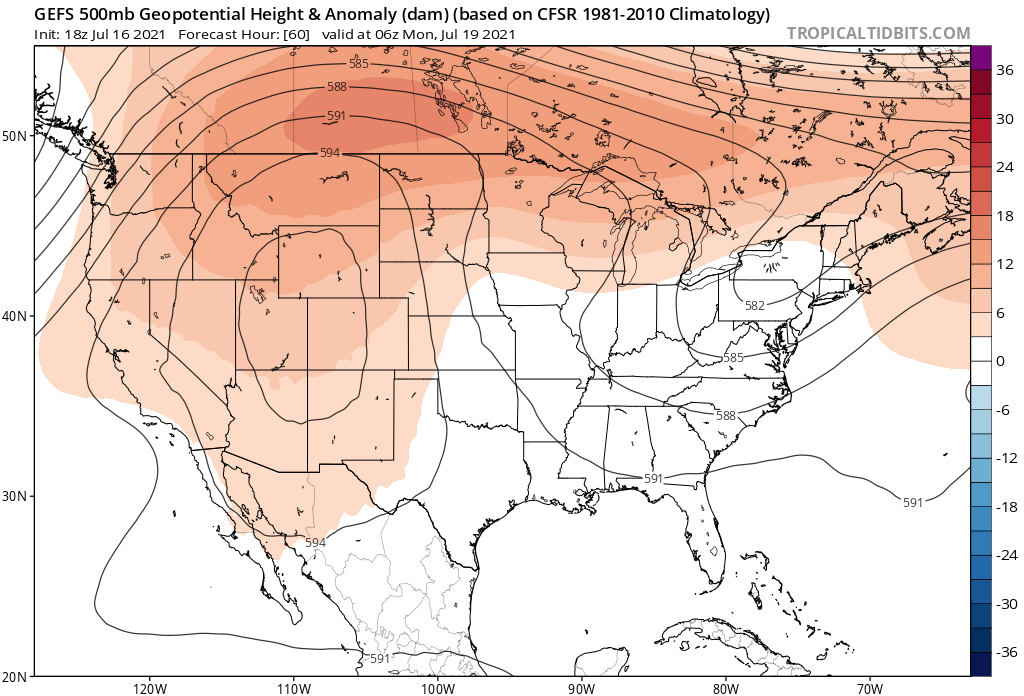 A trough in the upper atmospheric winds indicated storminess and cooler than average temperatures. There for we can expect normal to slightly below normal temperatures to persist at least beginning early next week.

It will still feel hot outside, since we are in the South, and typical summertime weather is high temperatures in the 90s and high humidity. But it could be worse, believe me. Florida, for instance, or Charleston, SC. The map below indicated blue for our upcoming departures from normal, but that does not mean it will be cold,

Normal to slightly below normal temperatures can be safely predicted into the last week of the month. There are no signs of extreme heat. However, one thing we have to watch with an East Coast trough is tropical systems. They are drawn up the coast in this type of upcoming pattern. And, this pattern looks to persist into August perhaps. A “normal” August however does have an East Coast heat dome at some point, so that’s expected.

If the trough pattern persists, that could spell trouble for the end of July and early August. Make sure you have a hurricane plan and think about it every now and then.