As if the Gulf needs another hurricane, there will still be not rest for the weary. After Laura and Sally, the Gulf Coast is a bit shaken up by tropical systems. This would be Tropical Storm Delta if it does form, but the NHC currently gives a it a high chance of formation. There is a wide window of potential landfall with this system, as it could be anywhere from Louisiana to the Florida Panhandle. The latest spaghetti models show this window of potential movement. The cluster of tracks over Mexico is Tropical Storm Gamma, and will not be a threat to the Gulf Coast or Carolinas. 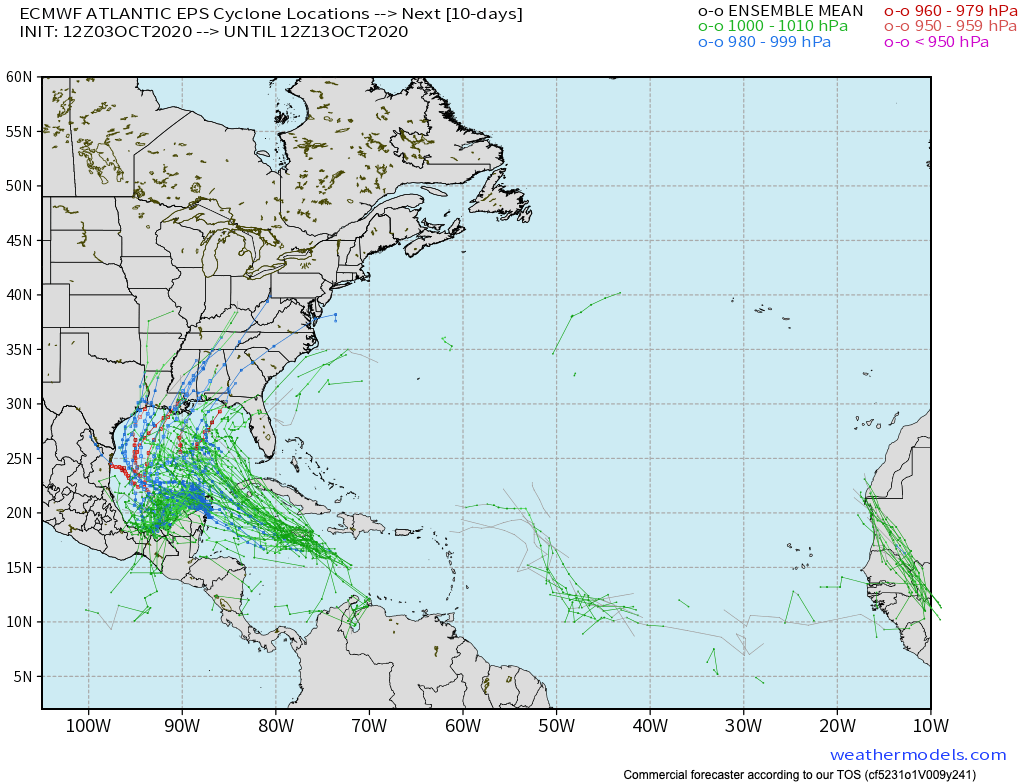 The tracks below and just to the right are what could become Delta. If this storm forms in the Gulf and strengthens, it could pose a threat to the Gulf Coast in the red. If it is a powerful enough storm, it could carry impacts well inland and up our way into the 13th. If it’s a weaker storm, it would mainly be rain.. But a stronger storm would mean flooding, the potential for power outages, and tornadoes. 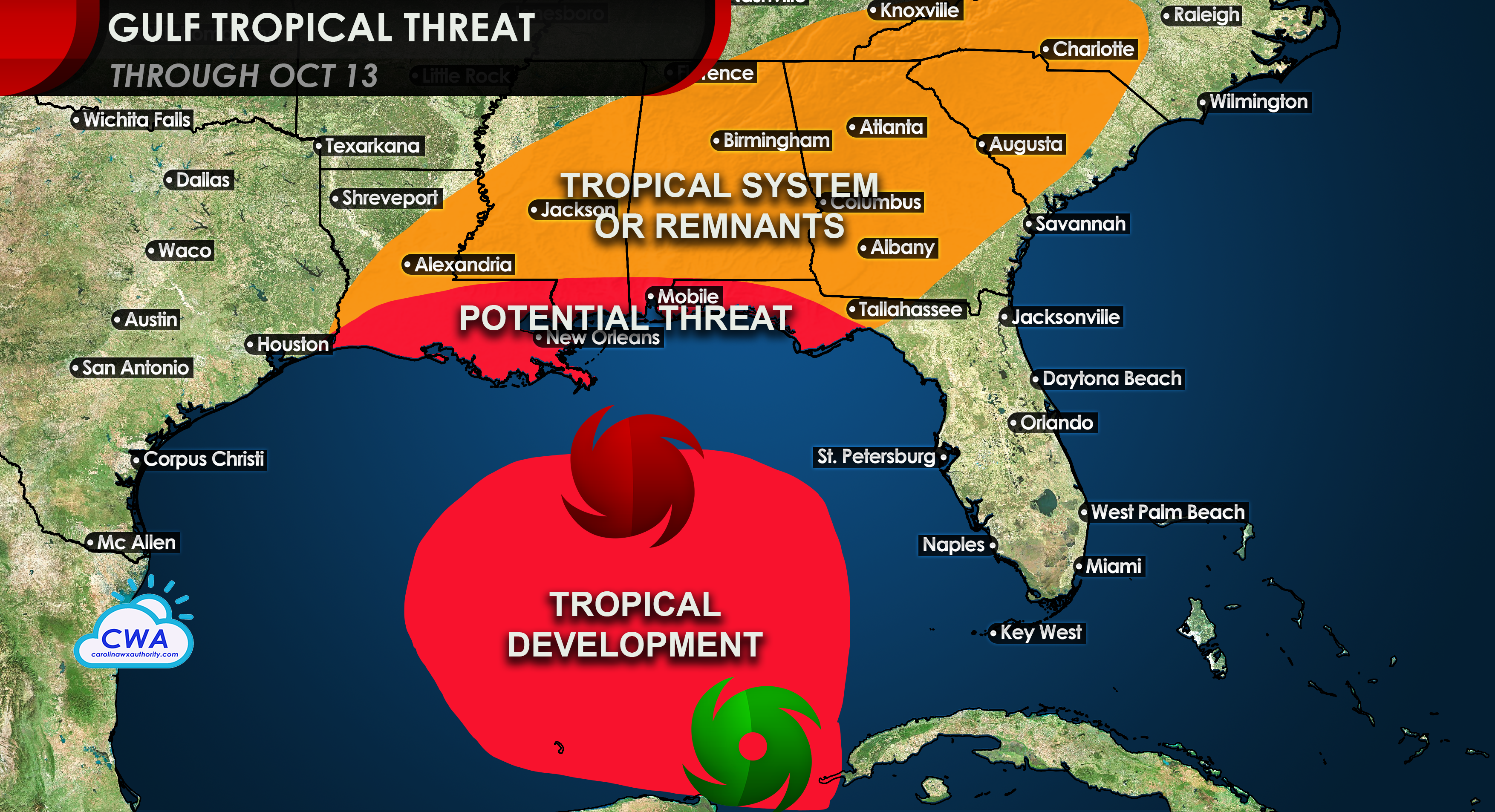 This is a heads up for the next 10 days or so, and details are still yet to be worked out this early. Anyone along the Gulf Coast should watch this storm, and anyone in the orange may expect impacts over the next 10 days.

Stay tuned to Carolina Weather Authority here on the site and also our Facebook Page!