While we are NOT able to talk snow just yet, we CAN talk about how the pattern will become favorable for some kind of coastal systems around the 2nd of December. This system will not likely be a snow producer for anyone in the Southeast or Mid-Atlantic. This could be just a rain-maker and a quick shot of cooler air before milder air moves in, once again. The GEFS ensembles are indicating some kind of low pressure and below normal temperatures for around the 2nd: 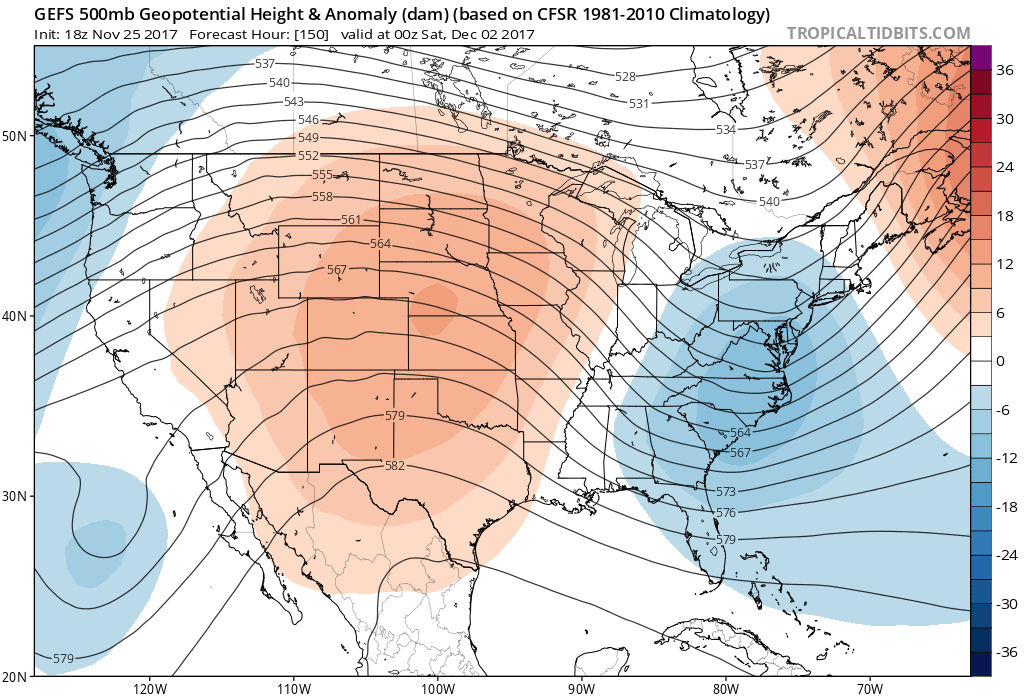 The topsy-turvy pattern does not end there! Another warming trend will take place after this area of low pressure and then things get very interesting in the long-range. This next storm system could be much more significant and could be our first winter storm. Again, this is NOT for the Southeast. I am thinking this could be a Northeast snow storm. I am looking at the mountains of the Northeast as the most likely areas if any of the white stuff were to fall. If not, and if all rain, this would be quite an impressive coastal low. There would be heavy rains and damaging winds, so this could be a nor’easter.

GEFS ensembles for around the 10th: 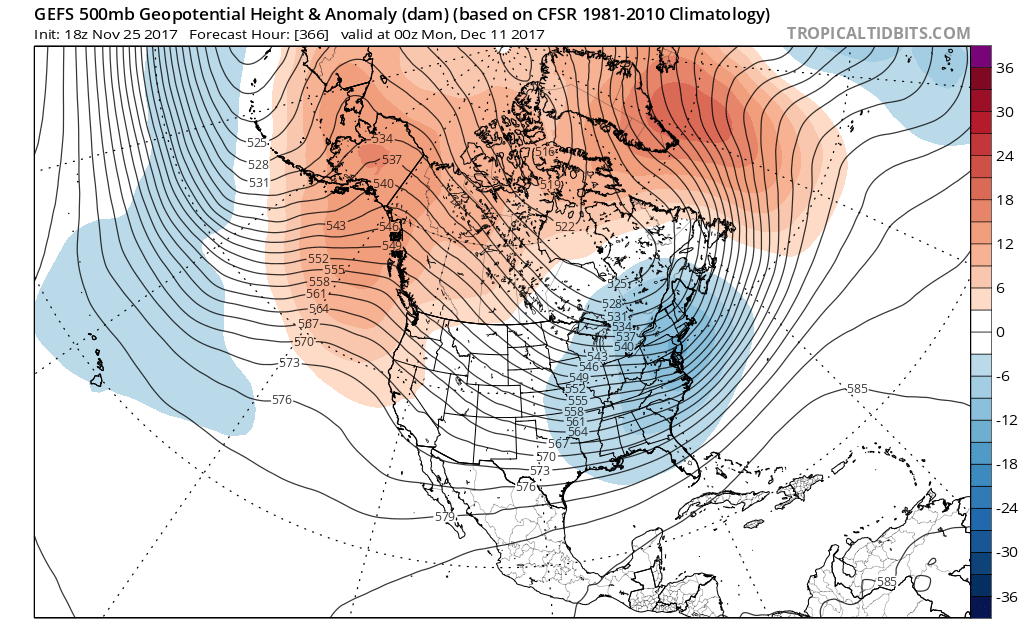 I think that this scenario is much more likely to be significant than the earlier one on the 2nd. Why? Because look at the above normal height anomalies over Greenland. This is known as a blocking pattern. When there is a blocking pattern, favorable conditions are present for east coast storms and much below normal temperatures. Also, there is forecast to be a stratospheric warming event, which will favor the Polar Vortex to break up and possibly become displaced, making it possible for a piece of energy to break off and affect the eastern U.S.

We will see. Yes, it will get warm out but it won’t be an extended period of warmth. Big changes come in this pattern after a brief warm spell.