The pattern will be changing in the Southeast, but instead of being cold and snowy it will be warm and rainy. The Pacific jet, which helped bring record snow to parts of the Pacific Northwest, including Redding, CA which never sees snow, will be diving south allowing ample moisture to make its way into the Southeast. Over the next couple of weeks parts of the Southeast could see over a foot of rain. 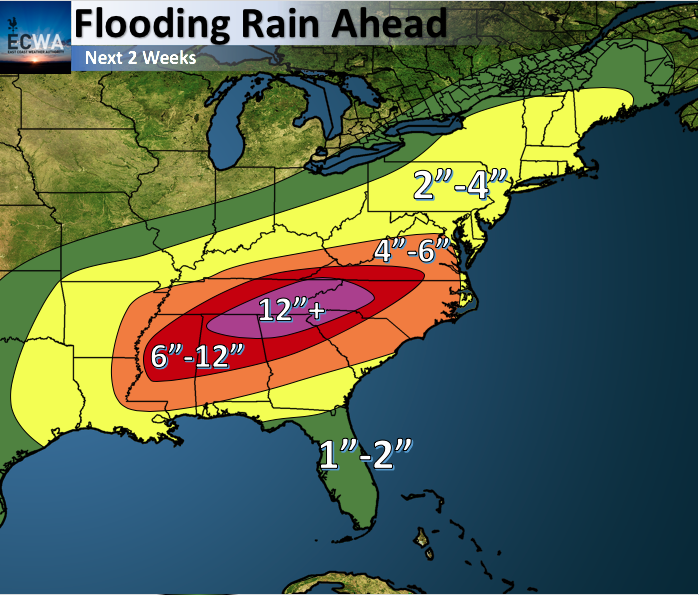 The Pacific jet will be moving south, causing an inflow of moisture from the Pacific Ocean. This moisture flow will deliver mass amounts of moisture into the area which will cause rivers and streams to rise. 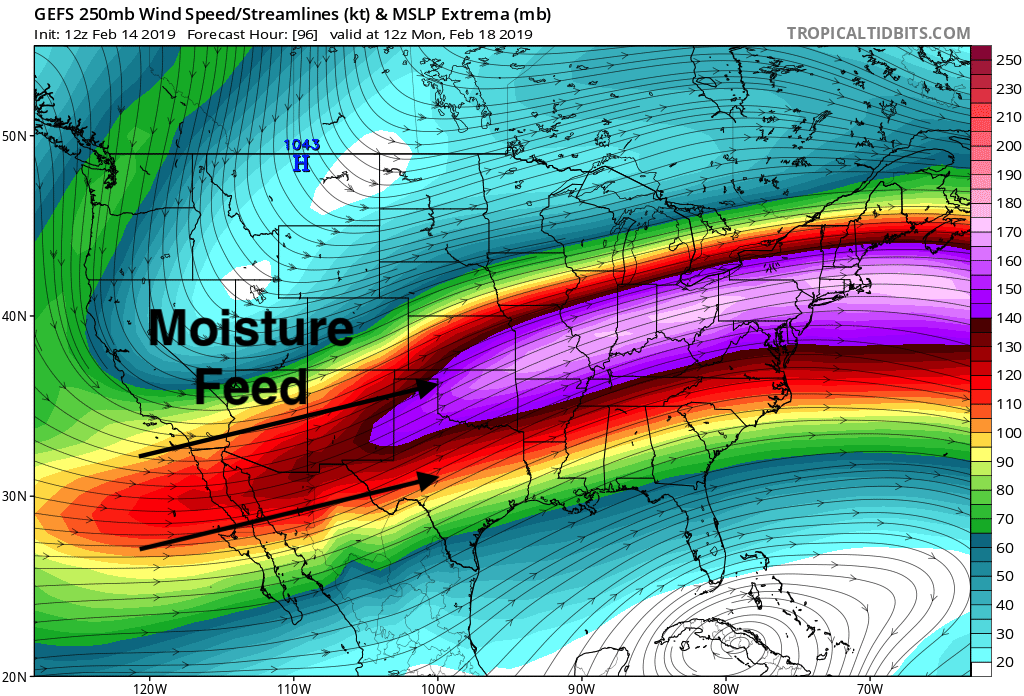 This moisture feed will allow places in the Southeast pick up a potential 12″+ of rain. Flooding will be a dangerous concern, especially with snowmelt from the north flowing downstream. 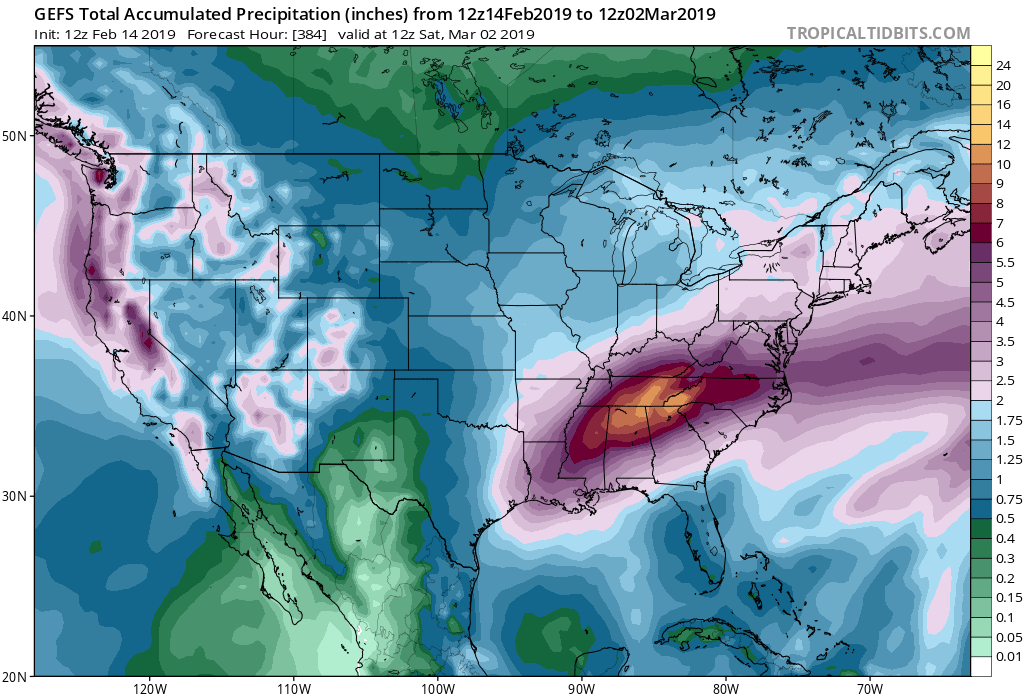 Make sure you stay here with us as we get you prepared on what to expect.