The magic day to watch out for is around the 20th. There will be some kind of tropical disturbance in the Gulf of Mexico according to 2 major forecast models. The GFS, and the Candian or GEM, are showing a tropical system in the Gulf. However, they both have different forecast paths and intensities. The GFS has the system remaining relatively weak, and doesn’t have it strengthening beyond a tropical depression. It then makes a left turn into Mexico below Texas. Main story would be a ton of rain for these areas. Pictured is the GFS mean sea-level pressure and surface wind speeds. 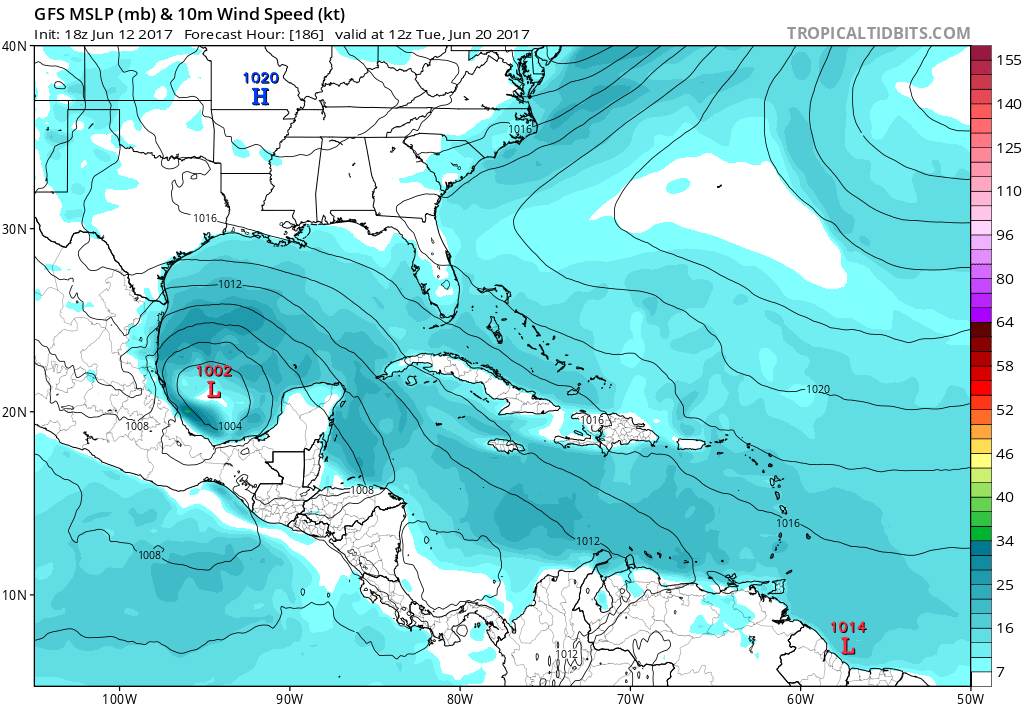 Now the Canadian model has a different story. This model has a different forecast path, and has the storm to be a bit stronger. The intensity in this scenario could reach a tropical storm, and it could hit the coast of either Texas or Louisiana. My forecast, and most likely scenario is that the storm will remain weak, and will drift into Mexico and just bring a ton of rain to there and the southern tip of Texas. 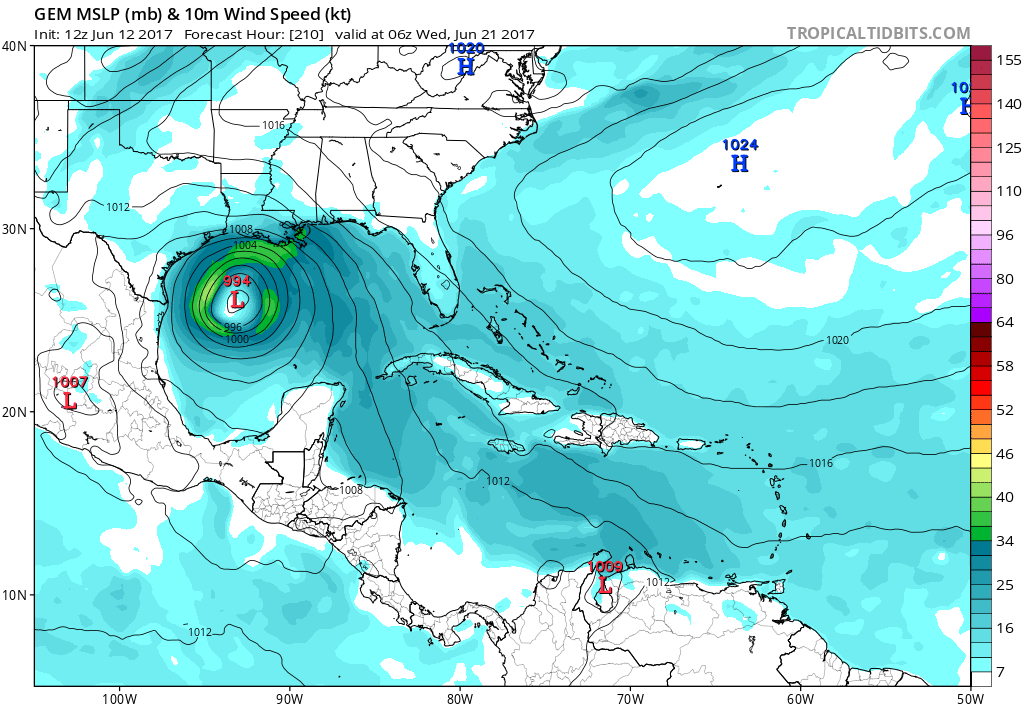 However, everyone from Texas to the Florida Panhandle should monitor this developing situation closely over the next 2 weeks!

Other than that, the Atlantic will remain somewhat quiet for the foreseeable future. Unless something pops up in the long-range. The Climate Prediction Center or CPC, does not see too much of a risk in the way of tropical cyclone development in the coming weeks. 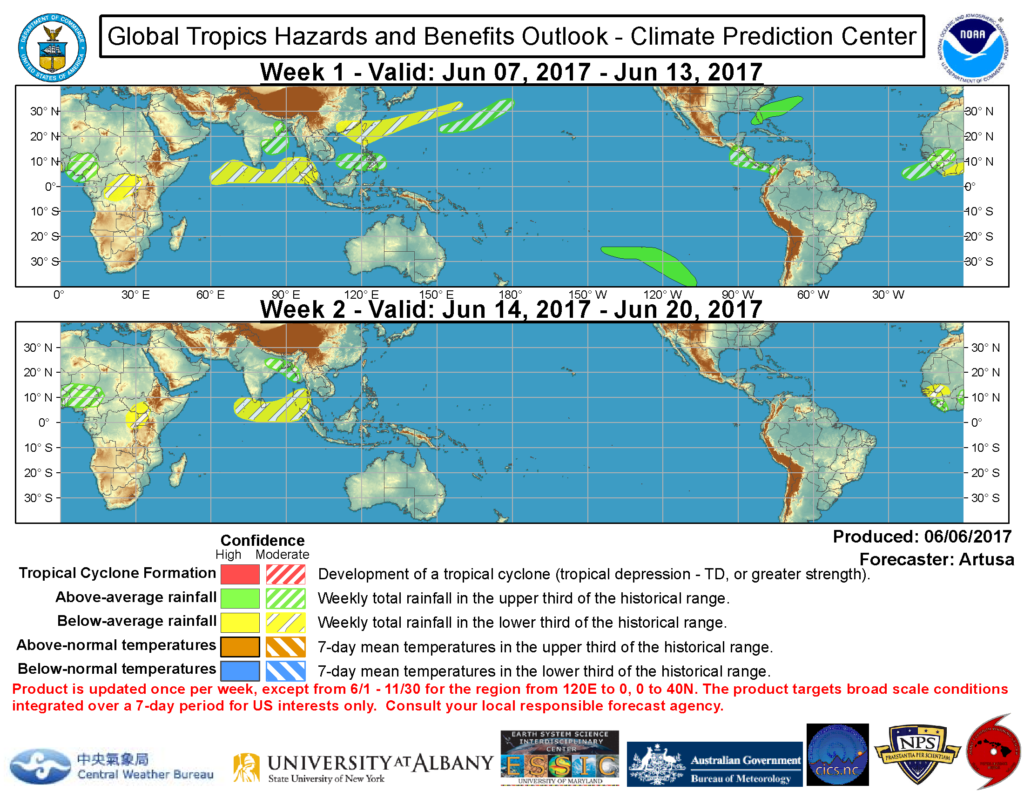 Mike G. You can find my bio at the top of the page by clicking on my name. Be sure to like Carolina Weather Pro since that is my page! Comment below for questions