Well, here it is. Our winter outlook is finally out. We have comprised this forecast with many different features that we have been monitoring since the end of last winter! We have compared this year a lot with 2002 and rightfully so as that year has been the mirror image of the many climate drivers that will steer our winter. 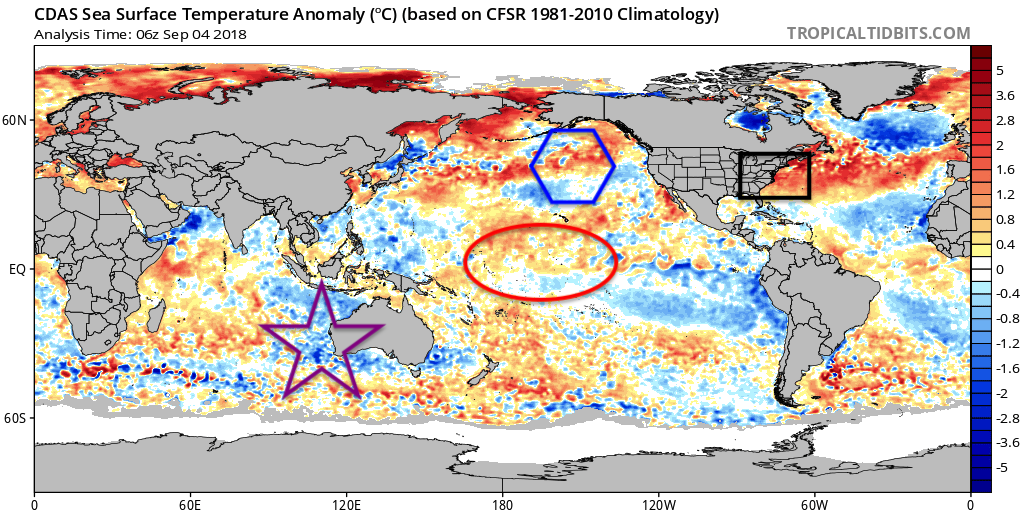 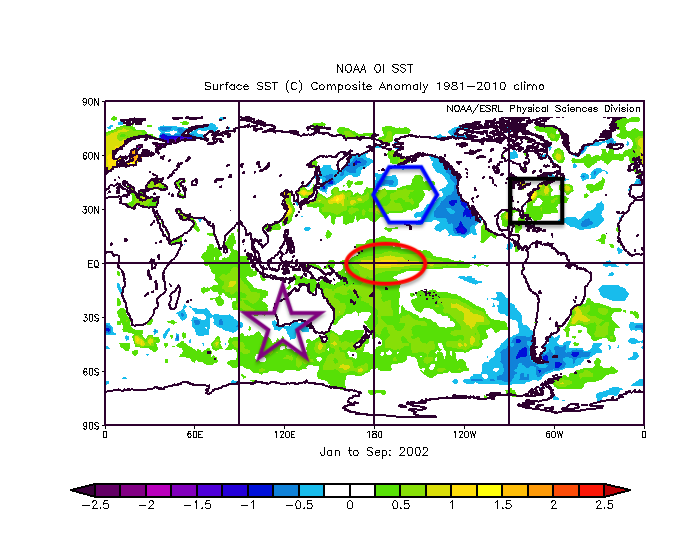 Our main driver known as ENSO, and part of the region is outlined in the red oval. That region is outlined because we are headed into a weak to moderate El Nino for this winter. This aspect is important because what that does is it will allow for convection to bubble up in that region and keep the Madden-Jullian Oscillation (MJO) in the colder phases for the Eastern US.

We did two reanalysis data studies, one with weak to moderate El Ninos since 1950 and the other since 1980. We did this because of the lack of data between 1950 and 1980 that could skew reanalysis in whichever way. The key thing is that they show a very similar picture for the Eastern US temperature wise with cold air being persistent from December to February for those respective months.

A year that has stuck out as an almost mirror image to what we have been experiencing this year is the year 2002. 2002 had an outburst of tropical activity in September, same as this year. Plus, 2002 had a persistent Northeast ridge throughout the month of September. Finally, 2002 started out October just like we are expected to do this year.

Above is what the winter of 2002-2003 looked like. This goes along with the ideas that we have with a trough to the south of Alaska, ridge in the Western US, and a trough in the Eastern US.

If you recall in the Northeast, during the month of December in 2002 there was monster Christmas Day blizzard, also record-breaking blizzards in February as well.

This winter looks to mimic 2002-2003 with cold outbreaks and major winter storms as we are very confident in this forecast due to all signs leading in that direction.