Well here we are folks. I’m going off my hinges and issuing a 30-Day Outlook. As some of you know, this has no been an overly hot summer. There have been some times where we hit 90 and above, but not often and not for everyone. The pattern that we seem to be in this summer is heat, followed by storms and then cool. I think this will be a recurring pattern that we will see at least over the next 30 days. Look at the GEFS ensembles for Tuesday. That’s a big cool shot for the East: 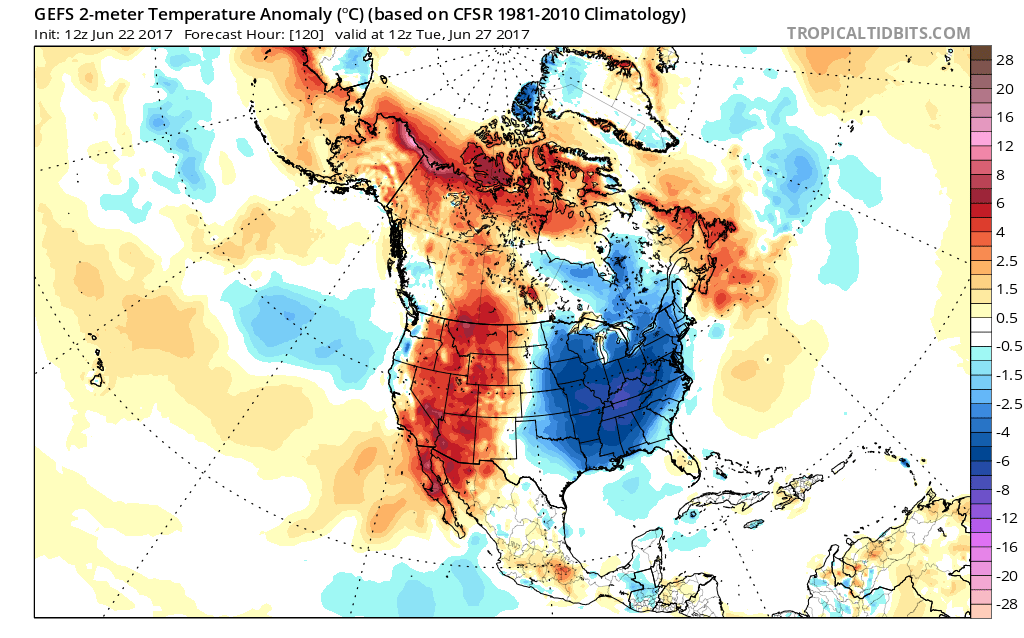 This cool shot seems to linger through the end of this month, then we go back to seasonable for the beginning of July. The exception to this could be the Northeast and New England. They could be slightly below normal to start July. But for many through Mid-July, it looks seasonable, and not oppressively hot. 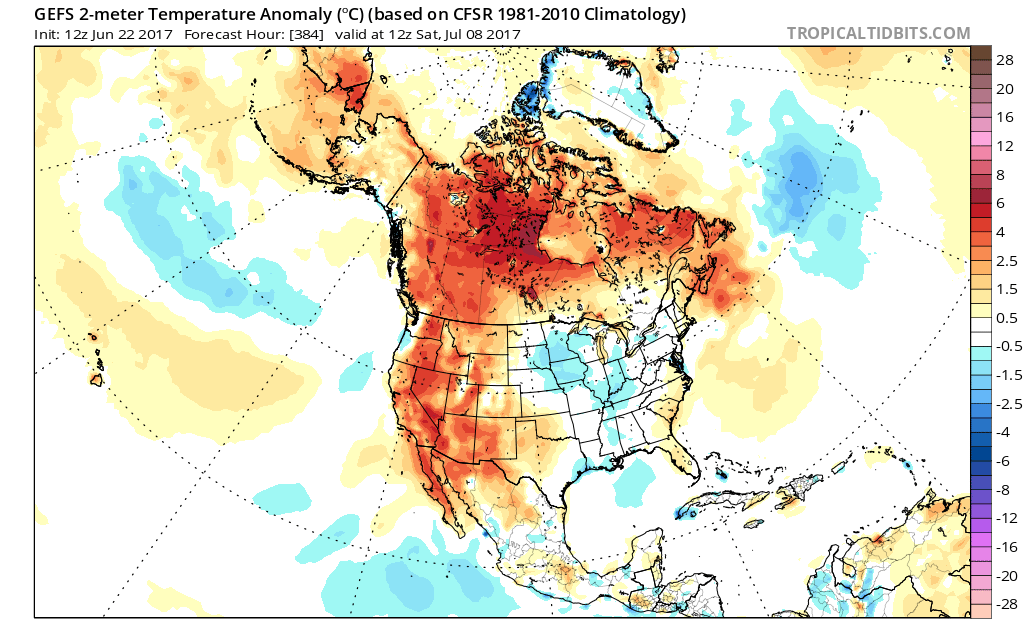 Another thing to take note of: the jet stream stays active through mid-July. This would mean continued energy streaming into the US. This, would in turn mean more areas of low pressure, more rain, and more storms, thus keeping temperatures down. Also when the jetstream is this far south during July, it means that the warm air is confined to the south, or to the tropics. There is no sign of any heatwaves for the East through Mid-July. 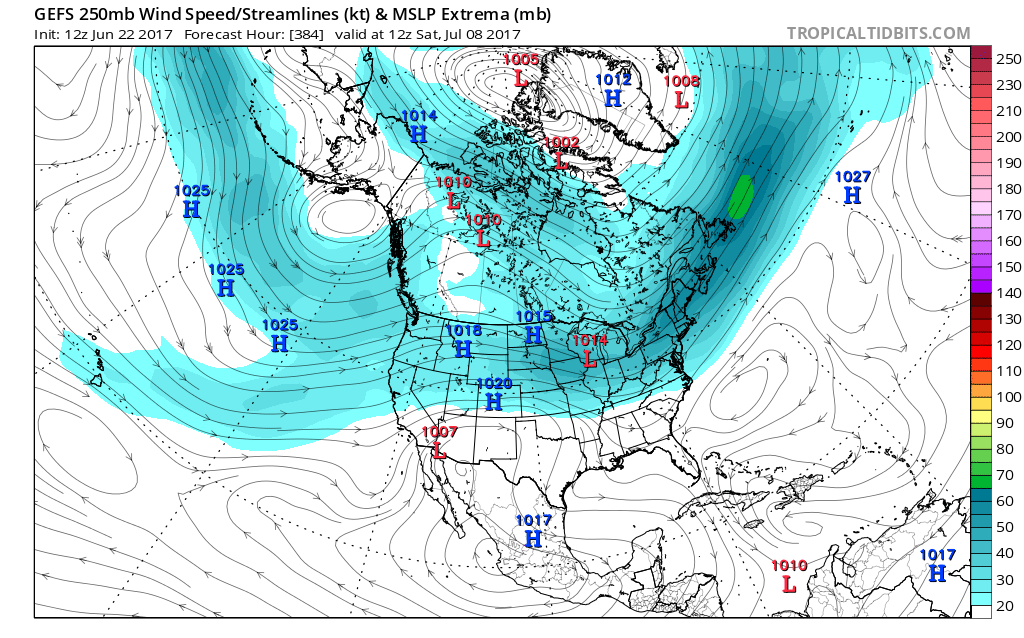 Another factor to take into consideration when forecasting for the long-range, is sea-surface temperatures in the Pacific. Currently, there is only a slight warm trend in the Pacific along the Equator. This is where we get our Nino indices from.  With only a *slight* warm trend in the Pacific, we can expect neutral Nino conditions, neither an El Nino or La Nina. This means less rising air in the Pacific, and in turn less sinking air in the Eastern US. This means stormier in the Eastern US. And that also means troughs of low pressure and cooler than usual. Especially than last summer. That’s my call—contineud cooler and wetter than usual. No heatwaves in sight.