Not officially the start of Atlantic Hurricane season, but already we are looking at the potential for our first named storm of the season. Along with the idea of seeing the first named storm in the Atlantic for 2018, we are watching for the tropics to become more active this week and into the weekend.

Our first disturbance is currently to the west of Naples, FL and will slowly move north. Regardless of this disturbance becoming a named storm, upwards to 10 inches of rain will fall for some places in Florida.

NHC does think that this disturbance has the potential of becoming the first named storm over the next 5 days. 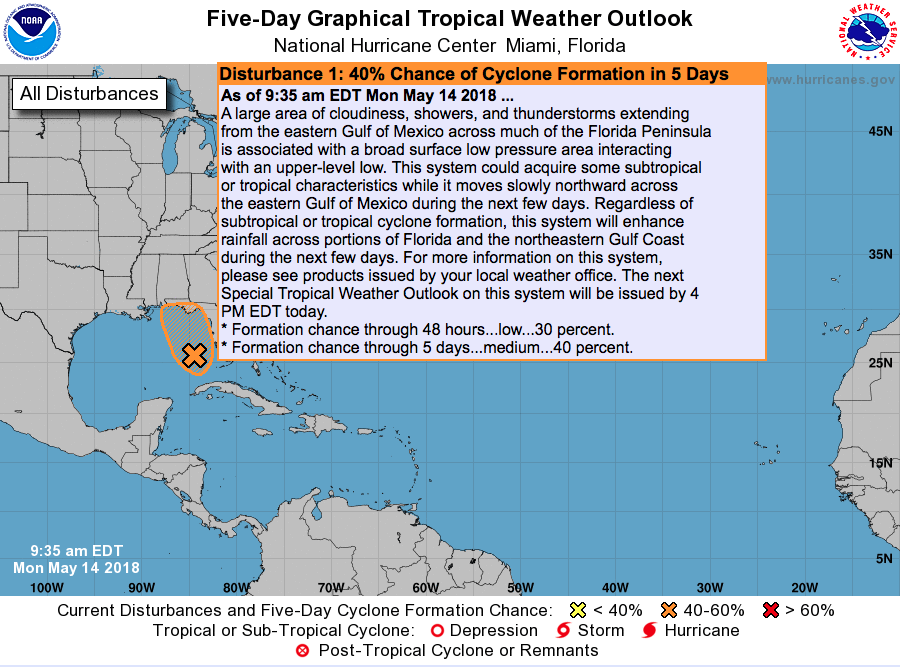 Though it is not certain this disturbance will become the first named storm, it is certain that the entire Southeast will see a dumping of rainfall over the next 10 days.

GFS Total Precipitation over the next 10 days: 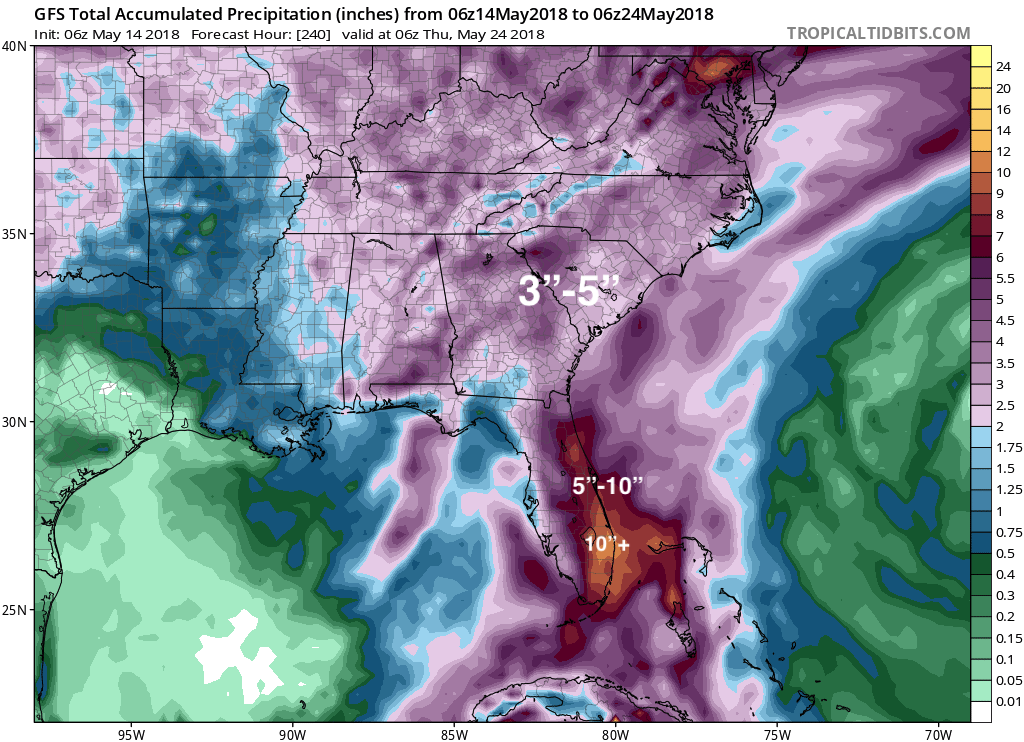 This is not the only situation we are watching over the tropics, but as we go on through this week the Caribbean and Southern Gulf of Mexico are expected to become more active. 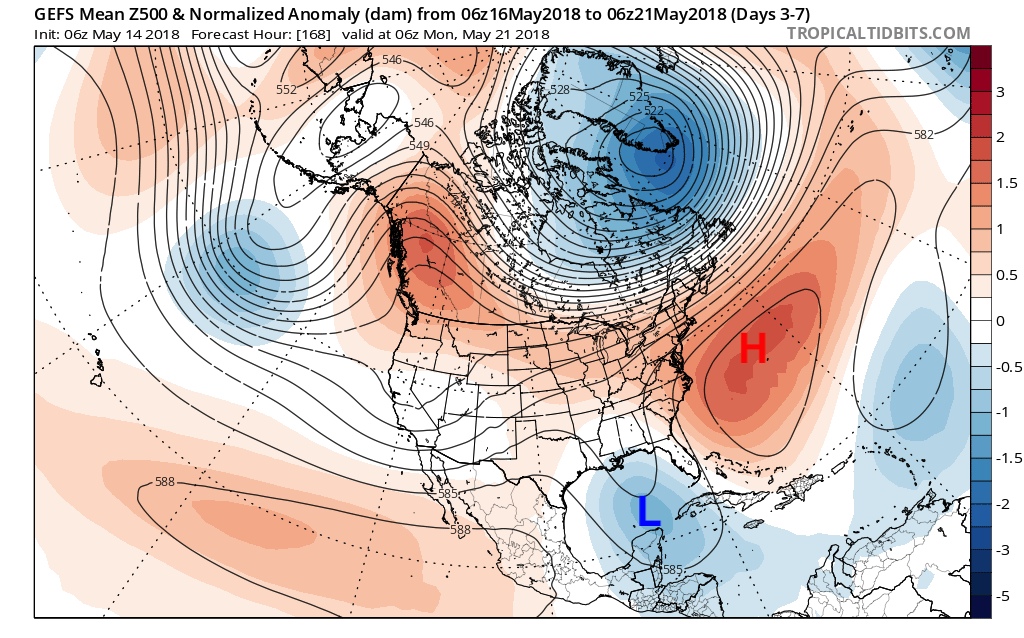 The image above is showing an upper level ridge to the east of the Carolinas, and what that then causes is an upper level trough over the Gulf of Mexico. An upper level trough means that we have lower pressures over that area which allows air to lift, cool, condense and form clouds which eventually grow into showers and storms. This is a direct correlation to the Madden-Julian Oscillation or MJO for short.

Currently, we are in phase 1 of the MJO and forecasted to move into phase 2 by this weekend. The significance of this is that phases 1 & 2 are correlated to favorable tropical cyclone development in the Atlantic. 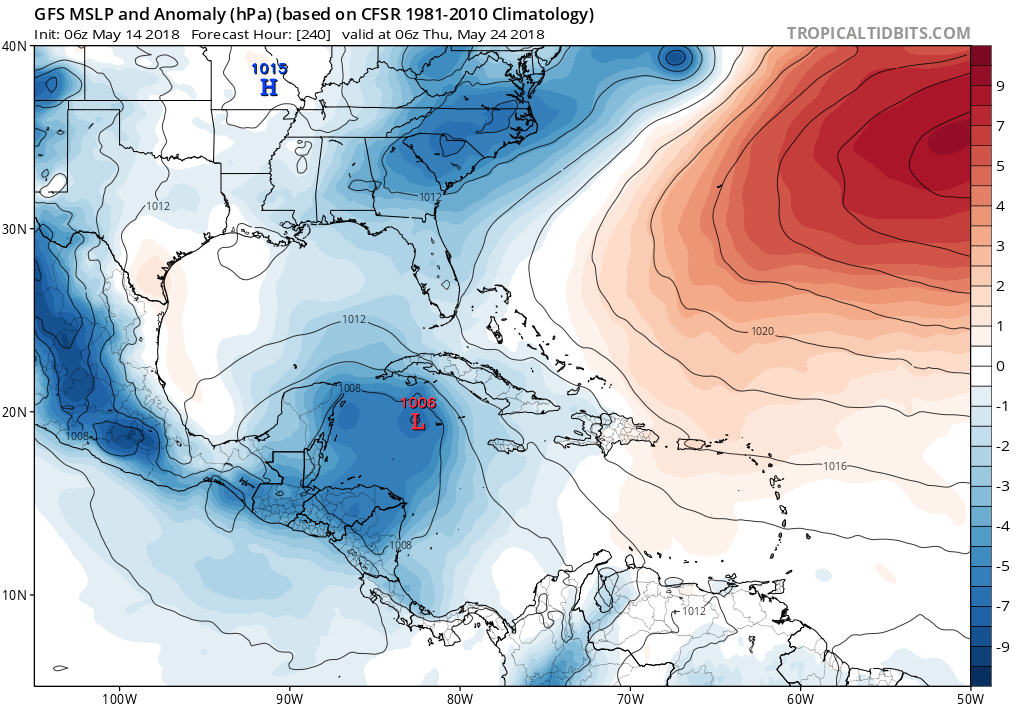 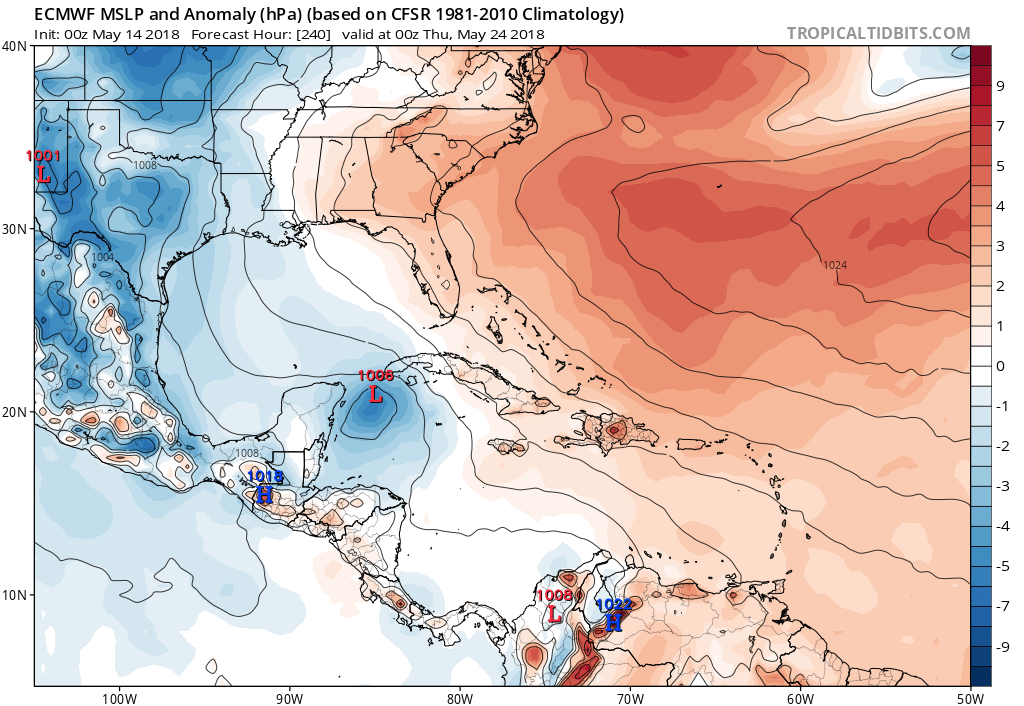 Though over a week away, both global models are hinting at tropical development in the Gulf of Mexico and all signs are pointing at tropical development which gives me as a forecaster an increased confidence level in that we will see our first named storm by the end of May. Make sure you stay here with us at East Coast Weather Authority as we get you prepared and up to date on what is expected.