Today, across much of the south we will be having temperatures rise into the 70s, and tomorrow temperatures may touch 80 degrees. Surely, this is the beginning of spring and warmer weather will continue to overtake the Southeast. Now, that previous statement is invalid. Big changes are on the way as we begin April. Temperatures are going to drop back down below average and the pattern will yet again turn favorable for snow to make it down to the Southeast by the Easter holiday.

Before we get to the snow threats, let’s show you how much the temperatures are going to drop next week. 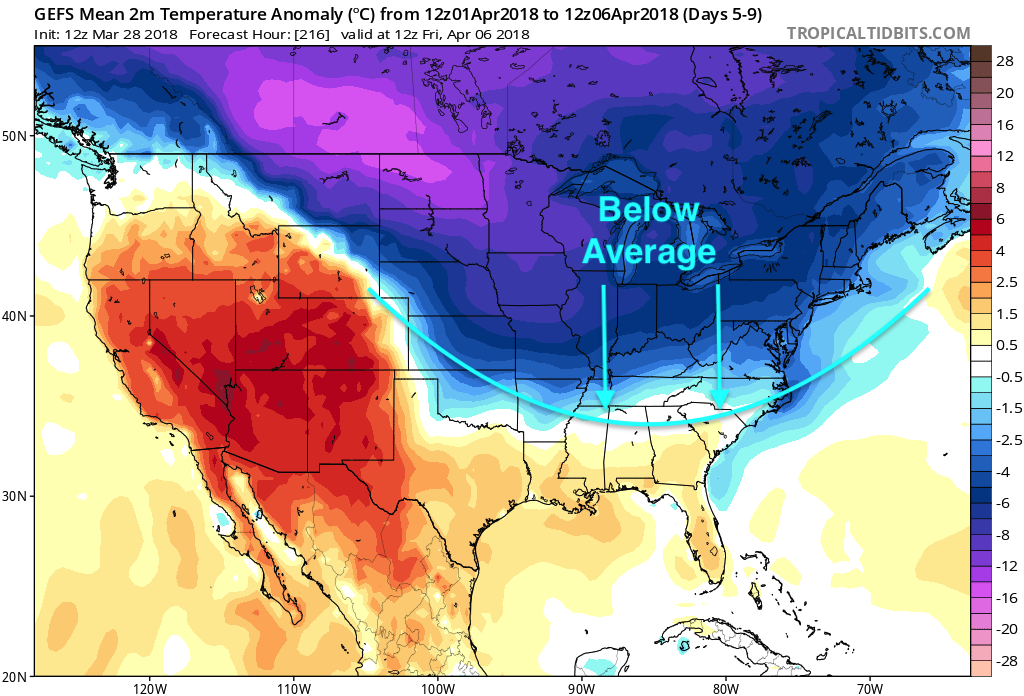 Our first threat for wintry weather comes early on Easter. A strong low is to move from the Great Lakes region and up north through Ontario, Canada. Associated with this low will be a strong cold front, and as the cold front moves through the region it could spark up some light snow showers for the Virginias on your Easter Sunday.

The bigger threat for snow comes just one day later, as some energy wants to dive south into the Carolinas. Also, with those cold temperatures in place snow is a high possibility.

This piece of energy will have a greater chance of seeing accumulating snow, especially for the higher elevations in the Appalachians. Still a lot of details to be figured out, but one thing to see from these two threats is that the pattern will be favorable for snow, and the colder air will be moving into the Southeast.

More on the wintry weather as we get closer, and don’t forget to stay here with us as we get you prepared for what nature has to bring!