MORE SNOW FOR THE VIRGINIAS?

After hitting 80 degrees in February in some locations, winter will seem to want to hang on into April. The wackiness continues as Virginia and the Mid-Atlantic may be faced with yet another round of snow and cold, although the snow is expected to be light and may mix with sleet at times. If sleet does mix in, then snow totals are expected to be even less significant. The GFS has very light snow totals across western VA on or after the 2nd. 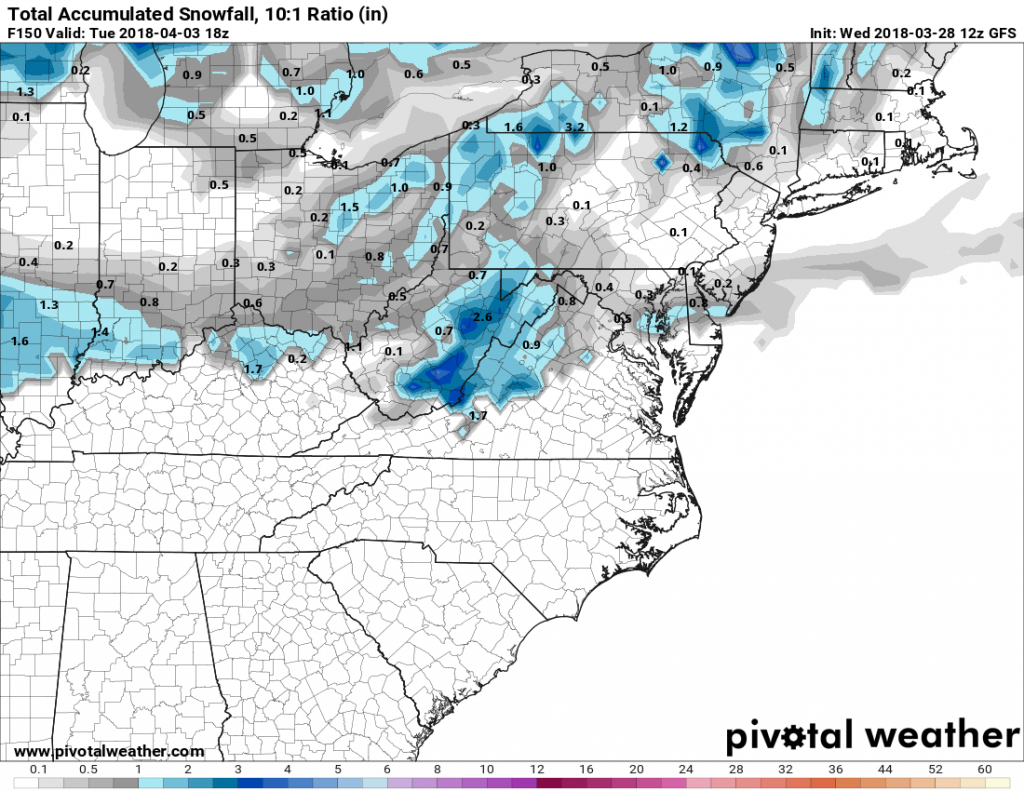 However, the Canadian model is more robust, and targets western VA once again with heavy snow on or around the 2nd. Parts of West Virginia could also see higher snow totals. What does fall is expected to be heavy and wet, therefore ratios will be lower, and the amounts in the image could be lower than what is shown. 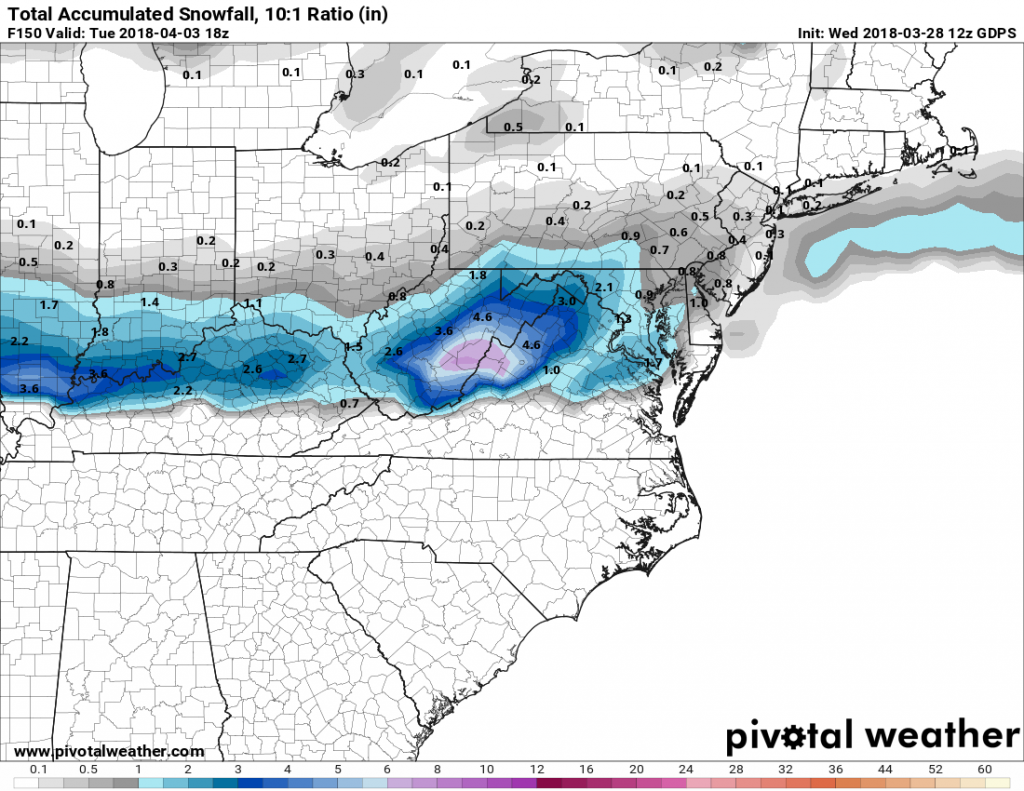 The snowzone is mainly western VA and WVA in the higher elevations (mountains). DC could be on the eastern edge of the snow but confidence is very low that they are.

This could impact the beginning of the workweek for those who are coming back from the holiday. So plan accordingly and keep it right here at East Coast Weather!