There is good news for those of you who don’t want the upcoming heat blast this week to last. No, it will not indicate an early start to summer. In fact, the heat may go out with a bang in the form of severe weather as we trend back into below normal  temperatures. NOAA is calling for below normal temperatures from May 7th-13th for much of the eastern half of the country. This could possibly spell more trouble for late season frosts as mornings could remain quite chilly.

Heading into the 10th of May or so, the GEFS ensembles are indicating a below normal trend here in the eastern U.S. This would mean temperatures about 10-15 degrees F below average, and nothing too extreme from a first glance. So you may not have to worry about sweating too much after the first week of May. 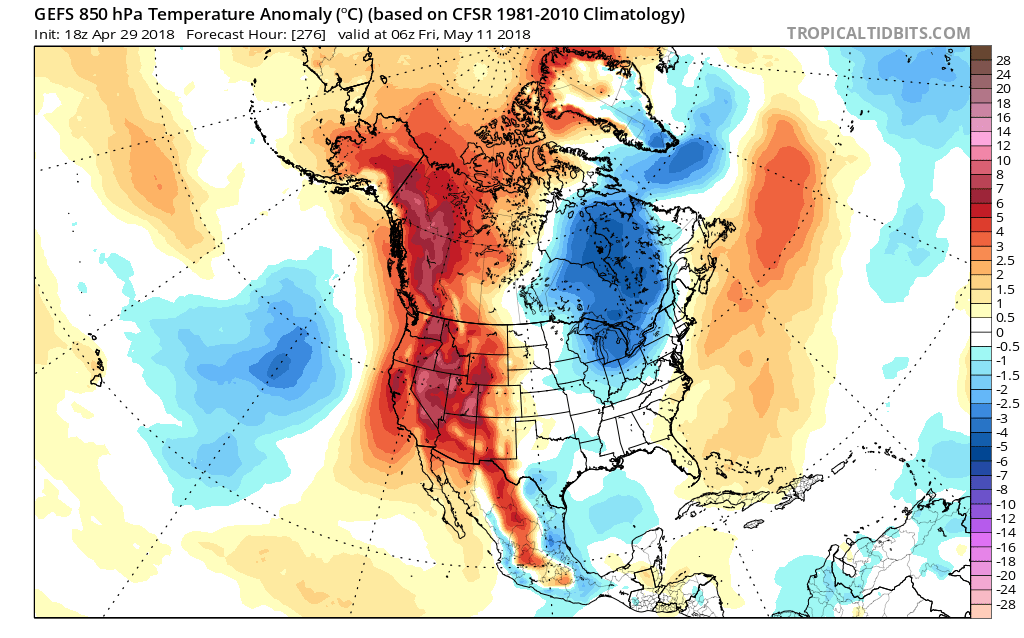