Just as we are entering May, the severe and tropical season is beginning to ramp up. First things first, as we will talk about the severe thunderstorm threat for this weekend. As you may know, we will warm up this week with some locations touching 90 F in the Mid-Atlantic. On Saturday, a front pushes through, albeit weak, but enough to touch off some severe storms. The storms could also pop up late Friday afternoon.

The latest surface forecast from the WPC has a weak cold front pushing east around 8am on Saturday.

The GFS shows the potential convective activity pushing through late Friday night and possibly into early morning Saturday. While not expected to be a widespread outbreak, there could be a few cells that approach severe limits. Just keep in mind that Friday and Saturday are the days when we could hear about there being severe. 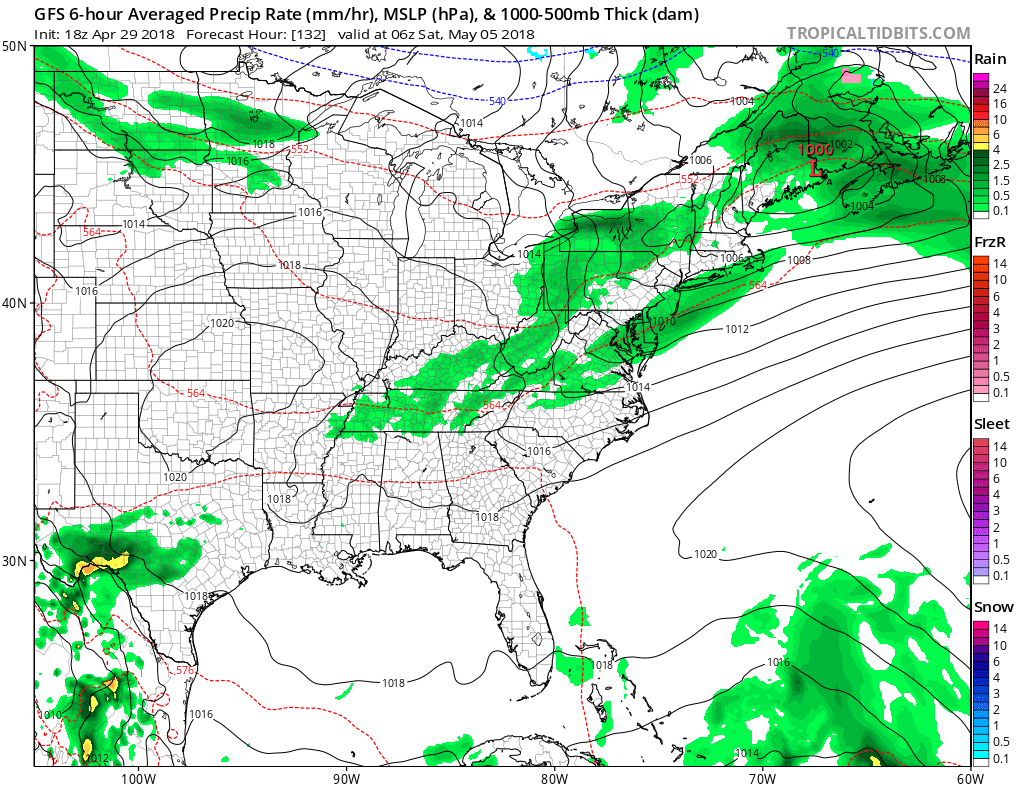 As far as the tropics, we are looking at some kind of feature late this week/early next week that could evolve into a named tropical storm. This would be very early in the season for this to occur. Here is the GFS for 8pm Saturday. This storm will get swept out to sea by a cold front, and should not pose any threat to land other than the Bahamas. This would be Alberto if it becomes strong enough. 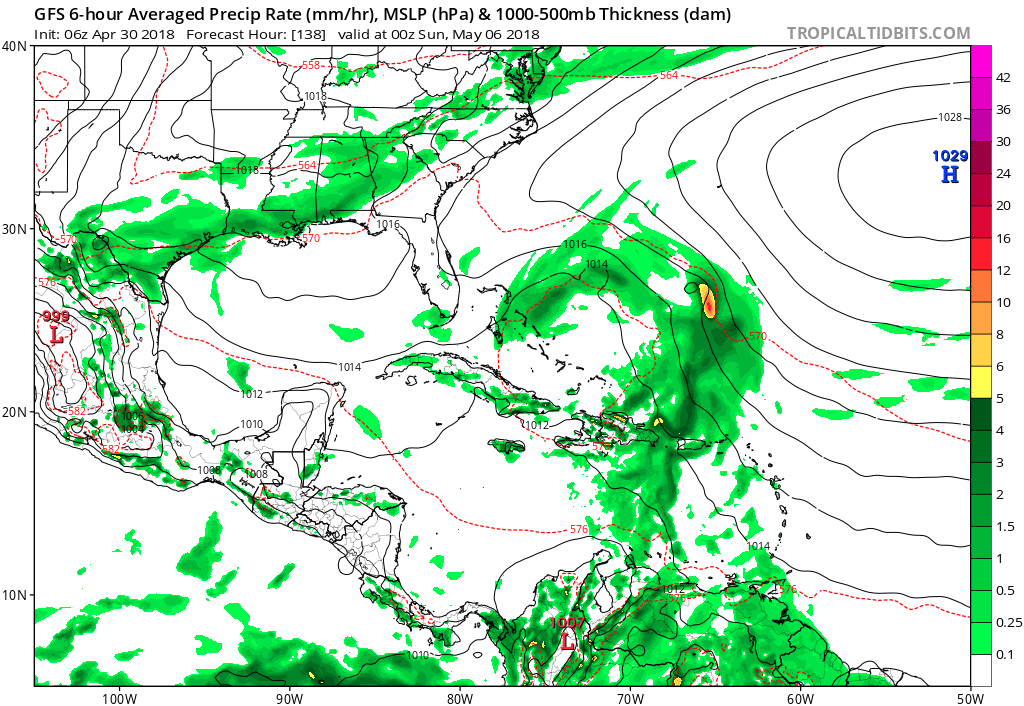