Hurricane season is still a month away, but that does not mean we can’t see a tropical cyclone impact the East coast. We are currently watching the possibility for our first named storm of the 2018 hurricane season that could impact parts of the Southeast coastline.

A ridge is going to build across the Eastern US, which will bring summertime heat as north as New England. As the ridge builds, an upper level trough is to slip underneath, in the Caribbean, which will bring a lot of heavy rain to those areas this weekend and become the key player in our tropical storm threat.

The above loop shows the ridge building over the Eastern US and the upper level low that will slip underneath. The upper level low will then form a low pressure center at the surface to the east of Cuba that will gain strength as it moves northwest. 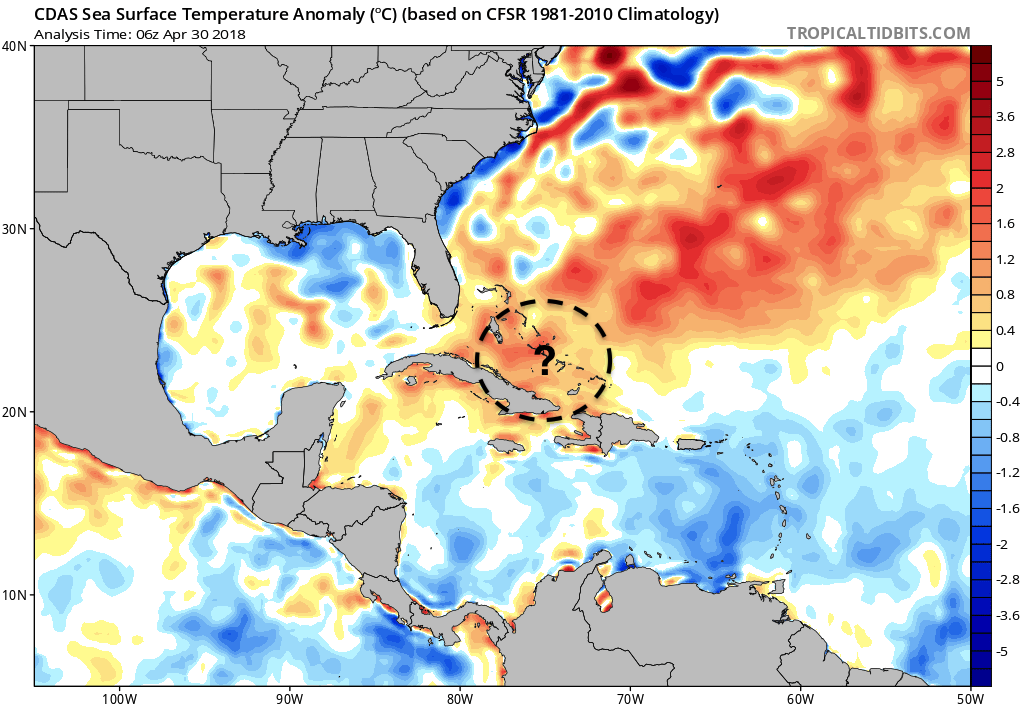 Currently, to the east of Cuba the water temperatures are warmer than average. What this means, is that if the low pressure center moves across this region it will have more “fuel” and greater potential of strengthening into the first named storm of 2018. 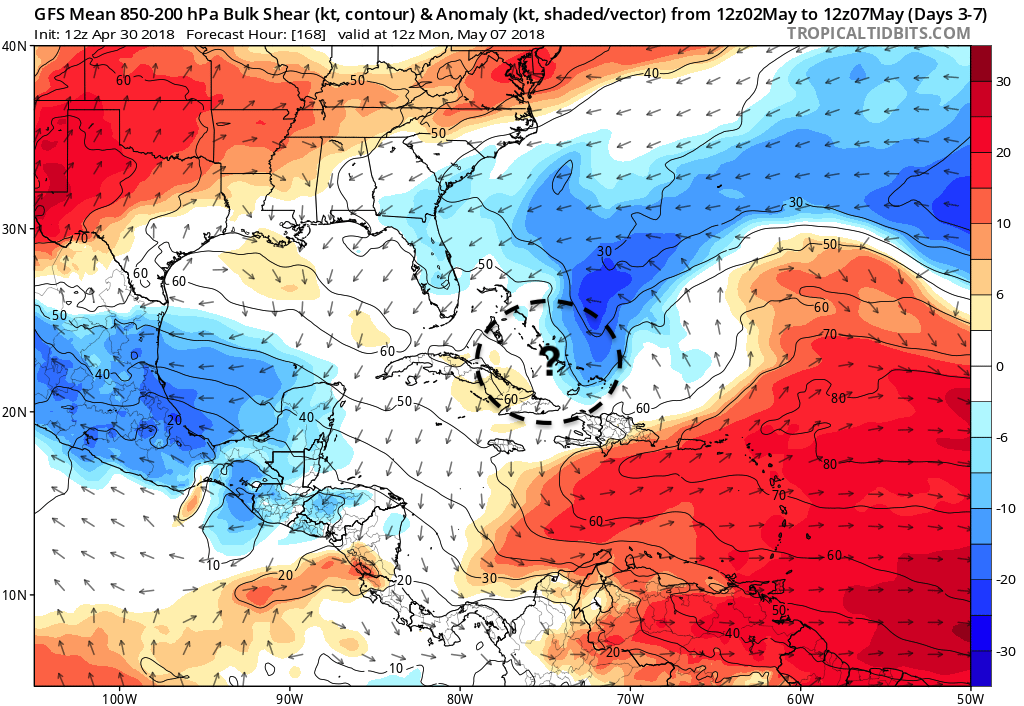 Another factor that goes into tropical cyclone development is wind shear. The above image is shear average from May 2nd until May 7th and notice that there is little to no shear in that development region. In fact, the winds in the above image, will help to contribute to cyclone development. Still a week away, but the threat is there so make sure you stay here with us at East Coast Weather Authority as we prepare you for what mother nature has to bring.