COLD AND STORMINESS CONTINUES THROUGH END OF MONTH

For those of you wanting another shot and cold and snow, the upcoming pattern for the end of this month could be for you. Now it will warm up next week, especially late next week, so there will be some that will say it’s not going to get cold and this pattern prediction is a bust. But remember this is expected, and then we turn cold again with possible storm systems. We don’t know if a storm will form for the South, the Mid-Atlantic or the Northeast. Those details, either rain or snow, are yet to be ironed out. But what we do know is at the beginning of Thanksgiving week we will see troughing or a cold pattern here along the East Coast. That is the type of pattern that would favor some kind of East Coast storm, but how much precipitation or how powerful is not known at this time. A split flow in the jet stream means that low pressure systems will come up from the south and also from the north. If we can get some kind of phasing between the two, then we would have a coastal low. 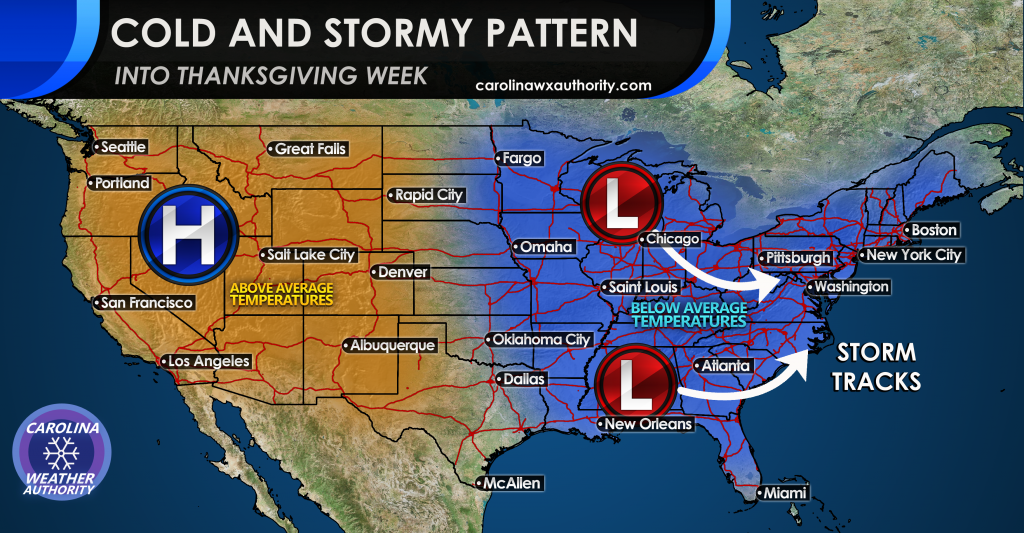 The Climate Prediction Center is indicating below normal temperatures from next weekend from the 22nd and into the week of Thanksgiving. The core of the cold is expected to be Tennessee and Ohio River Valleys. The Euro ensembles are in good agreement for a cold and stormy pattern across much of the eastern US. 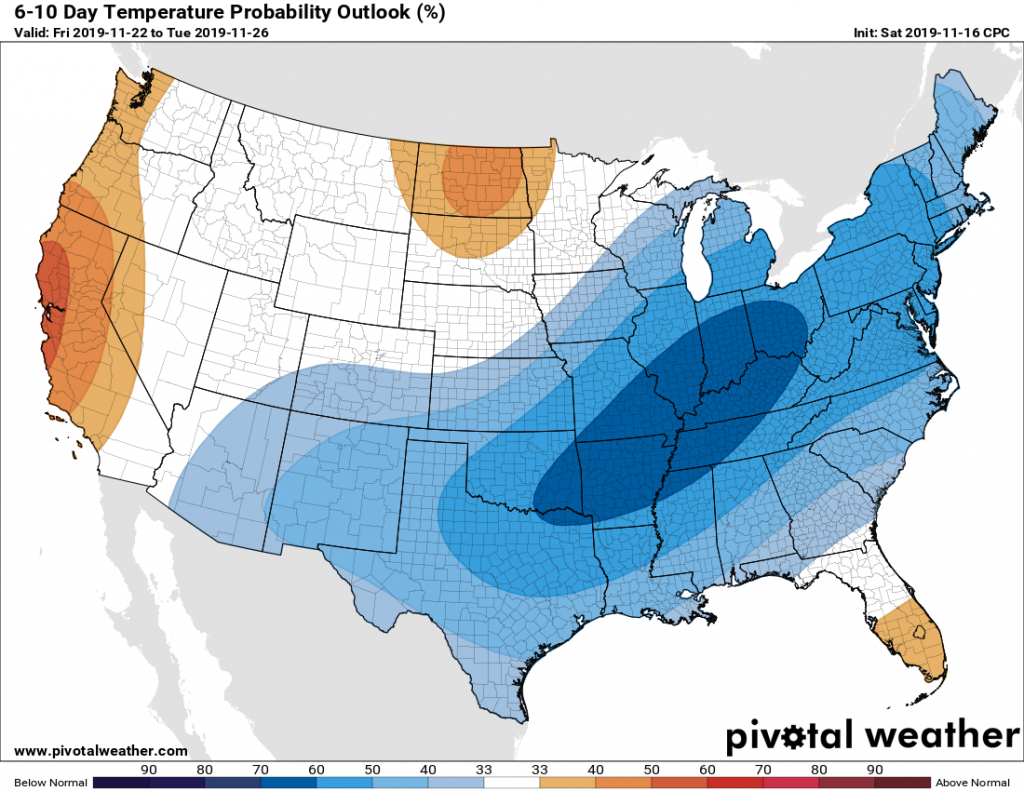 However through the end of the month in the extended outlook, the pattern is expected to remain cold and stormy. We will be in a favorable pattern for coastal storms, including possibly snow (or rain) in the Southeast. Stay tuned! 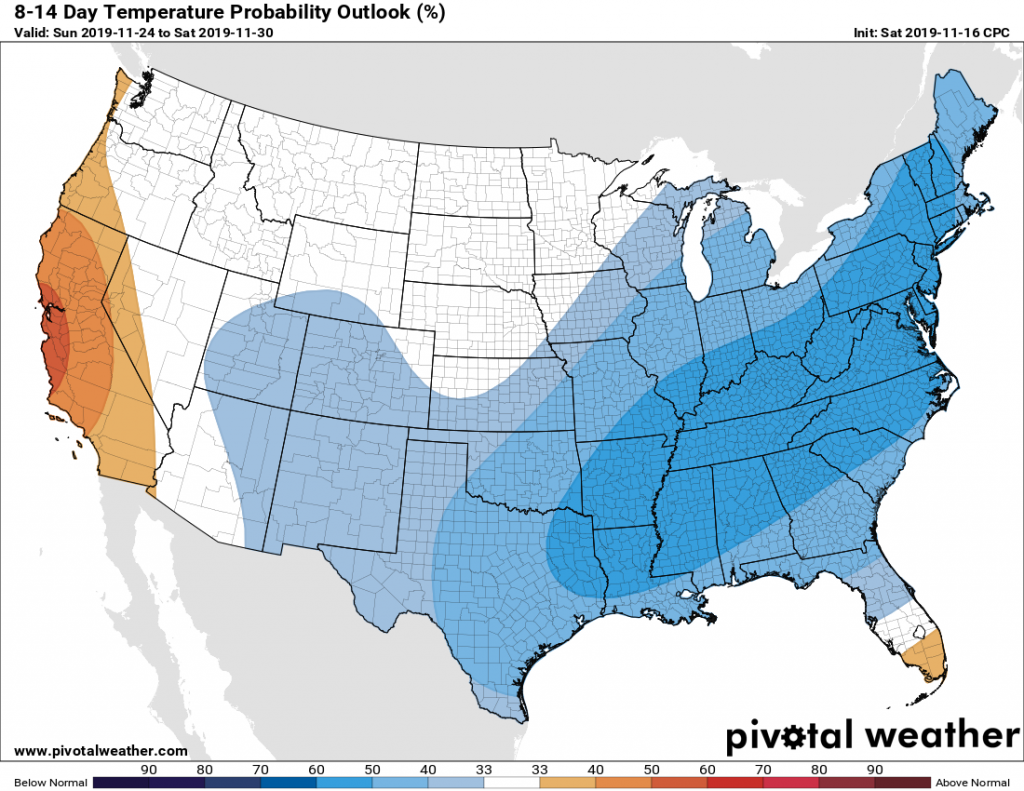