We will be in a mild pattern starting Friday and into this weekend, with the threat for severe storms in Dixie Alley on Friday and even the Southeast on Saturday. This could be a January tornado outbreak. We will cool off somewhat after Sunday, but we will still remain mild compared to average. We look to do so at least through mid-month, and through the 19th. But then after changes are possible, but not guaranteed. We are seeing that the CFS model has been consistent in showing below normal temperatures for the eastern US for the last week of the month. 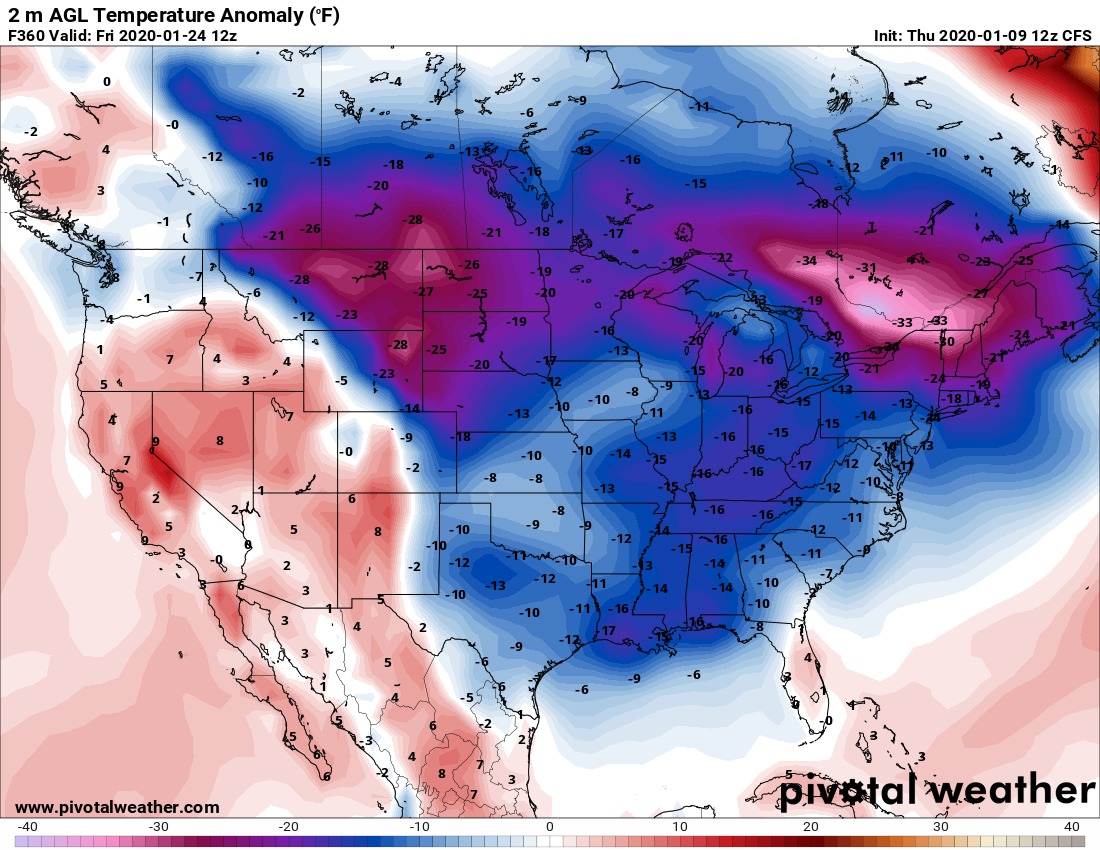 How cold will it be? Will it be cold enough to snow? Or will it just be closer to mild and not so warm? Well..we are thinking that there could be a pattern change where it becomes favorable for cold and snow. It’s hard for it to snow in the Southeast, but if it does get cold enough, we could see some of the wintry stuff here in the Carolinas. This is not a guarantee, as it could just be cold and dry.

But the ridge of high pressure certainly looks to erode away, and cold air will take its place. It’s too early to talk about any potential storm systems just yet, as those details are widely unknown.

The pattern looks continued cold right at the end of the month. 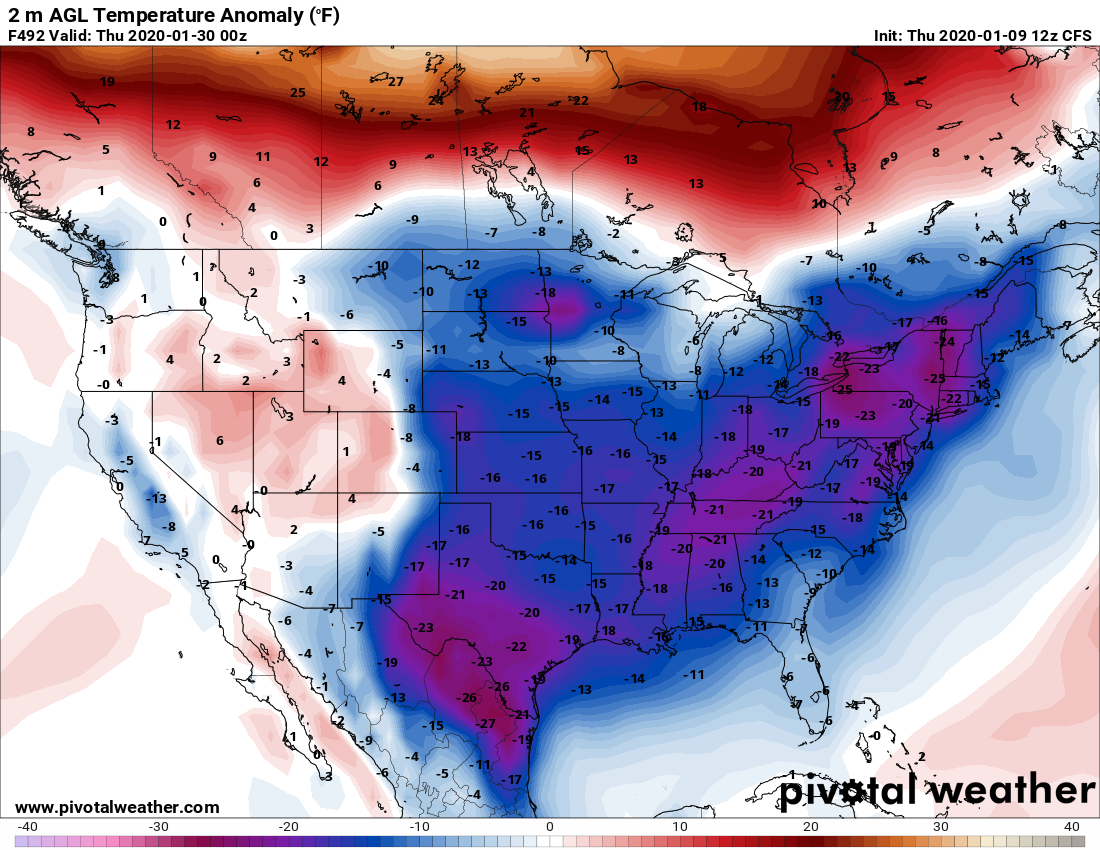 We’re not saying it will be cold the rest of the winter, because winters come with ups and downs. It may have been a delayed start, but the snow lovers should all have their chance.