Until the Arctic front pushes through late next week, we can expect above normal temperatures into this weekend and into next week. While there will be some weak cold fronts, they will not be as significant as the one that will move through late next week. Until then, we can expect temperatures in the 50s and 60s for highs, in some places such as the coast, mid to upper 60s. There could be some rain when the front does push through, which could be heavy and with gusty winds. 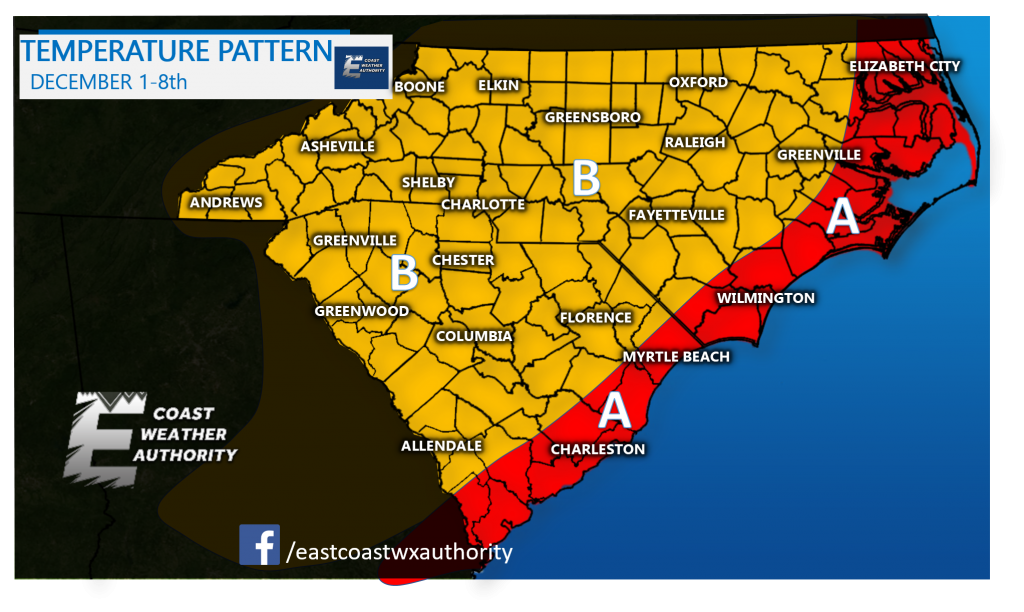 AREA A – Temperatures will be above average, with highs in the 60s and even 70s along the immediate coast.

Then, after the 8th, we will be in a very frigid temperature pattern. The following Arctic intrusion will feature the below temperatures starting late next week. 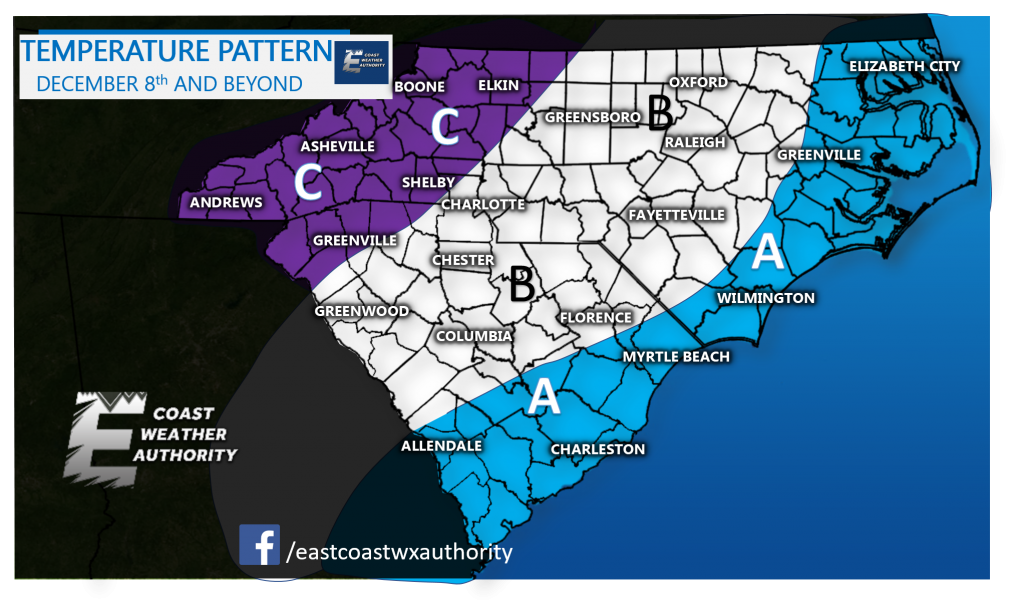 AREA B – Low temperatures bottoming out in the low 20s. Temperatures will modify into the 30s at night and low 40s/upper 30s during the day.

AREA C – Low temperatures in the 10s. Daytime highs might not get out of the upper 20s to low 30s.

December looks below average per the analogs. November was below average for many in the Mid Atlantic and Northeast. The last time this happened in 1983 and 1989, the following Decembers were cold. The Outlook is a below normal December for temperatures with a blend of the below years.

Please sign up and become a premium member here on the site. Also we are accepting sponsorships if you would like to advertise with us!