Tornadoes have ravaged the Plains states as an area of low pressure developed and formed a cold front. This front is wrapping in much cooler air behind it, and is touching off severe thunderstorms Sunday and into Monday as the front pushes east. There is a second “severe season” right around this time of year, since cold fronts bring in cooler air and thus temperature changes. This clash of air masses is what causes the severe thunderstorms.

Monday will be the day we have to watch for threatening weather. Storms will begin to fire ahead of the approaching storm system, and these could be severe with hail, damaging winds, and tornadoes. It’s concerning that the storms will occur during the day, when the sun is out to heat things up and destabilize the atmosphere.

The 3km NAM model shows the storms moving through Monday during the day: 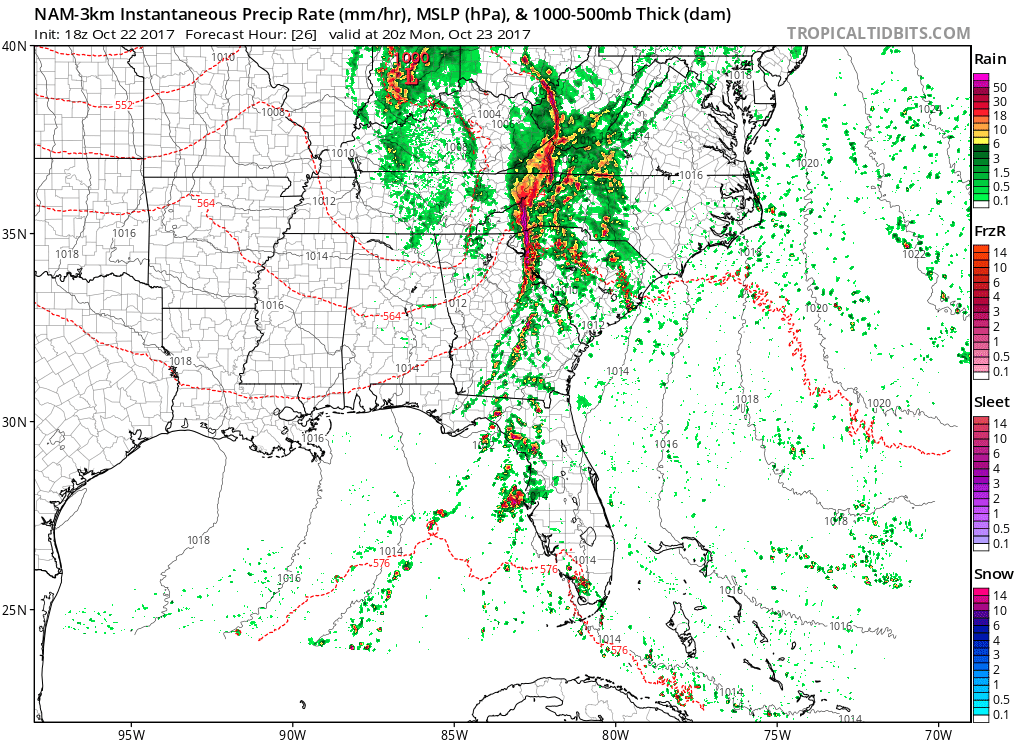 As of right now, the SPC does NOT have anything other than a marginal risk for our area, however I think they should have a slight risk, or yellow within the dark green. Anybody within the dark green on the image below needs to be weather aware Monday. The last time tornadoes occurred in the Carolinas, it was during a marginal risk and there was no tornado watch issued. 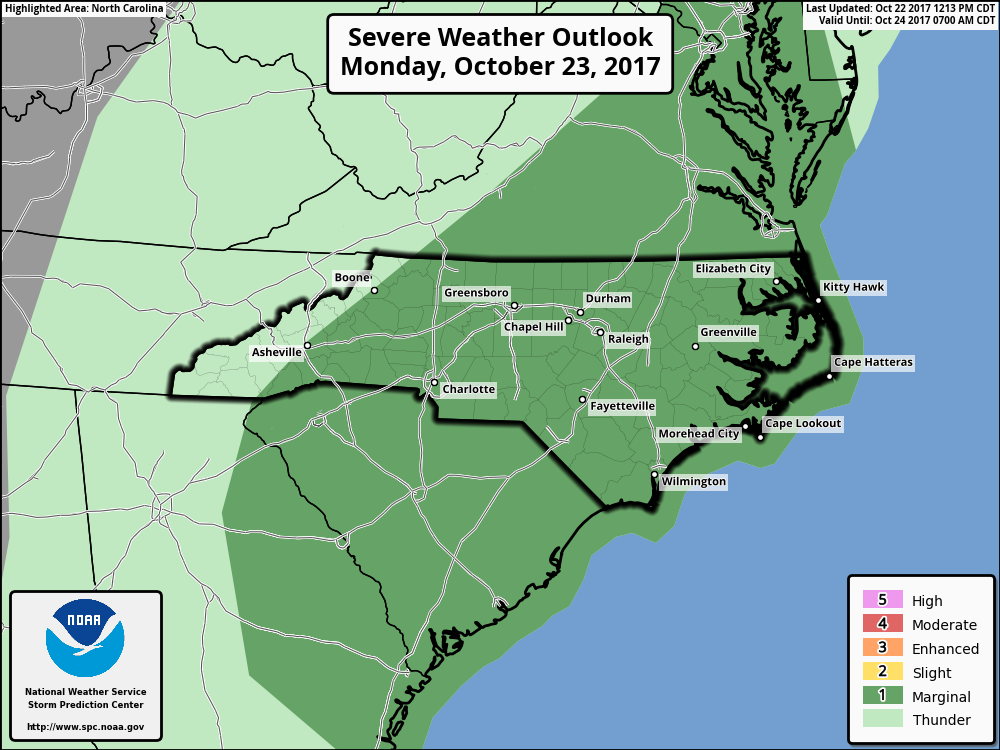 In the Northeast, the storms move through the Philly area and NYC early Tuesday morning. There could be a line of storms that move through slightly before then. However, when the main line moves through, we can expect strong damaging winds. Could also be severe thunderstorms. Shown is the NAM for around 10am Tuesday: 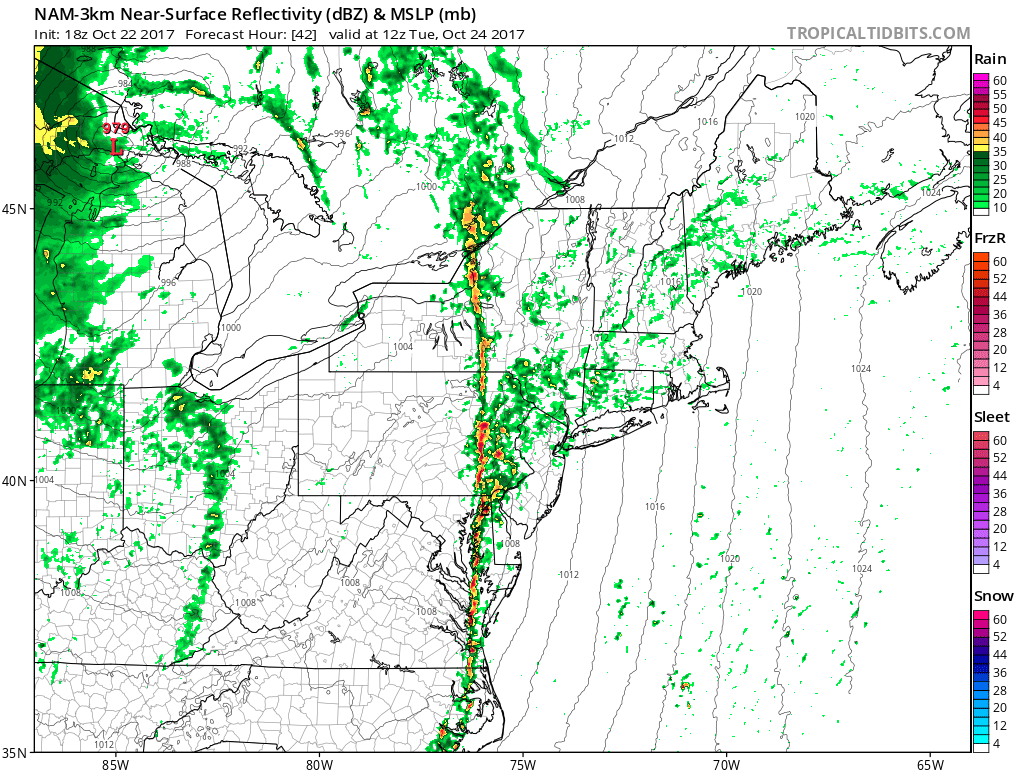 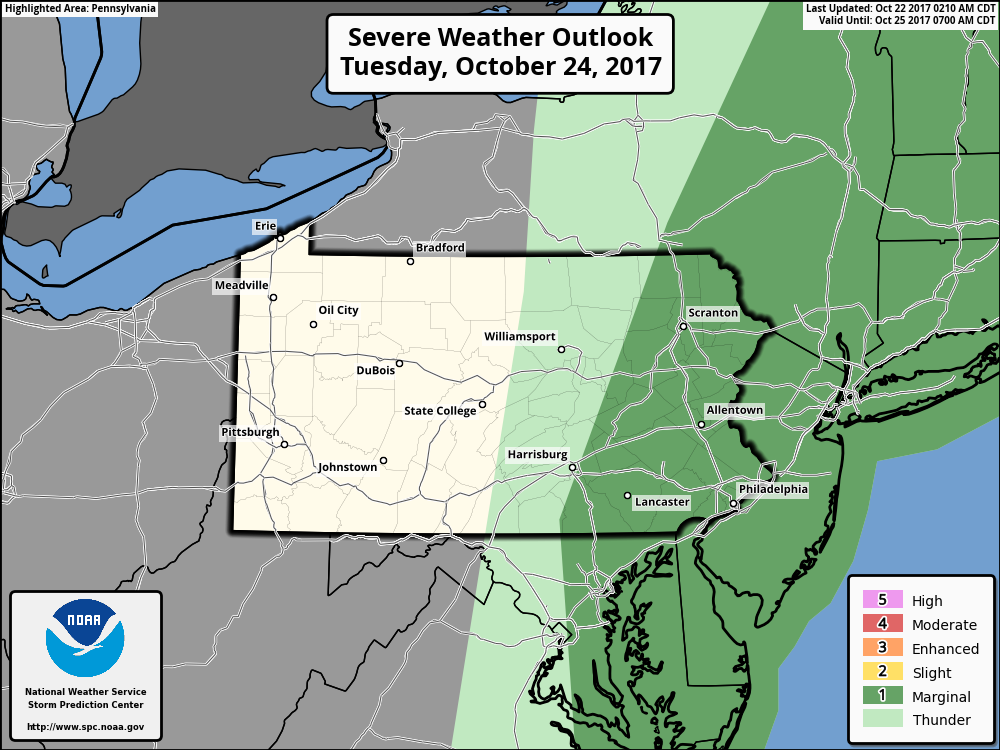 Be on the alert Monday in the Carolinas and Tuesday in the Northeast!