The beginning of December is expected to start off cold, with freezing temperatures making their way all the way down into Florida. And yes, the Euro is now picking up on some kind of coastal system that could form sometime after December 1st. This is not a guarantee, as most models around 10 days out are not very accurate. However, we will see if the Euro holds course, and if flakes will fly in eastern NC around December 2nd. The below totals on the map are NOT an exact forecast, but just rather an illustration to show everyone that it will be colder than usual to start December. We will have to see which way this will trend, it could either hang around or disappear completely on the next run of the Euro. 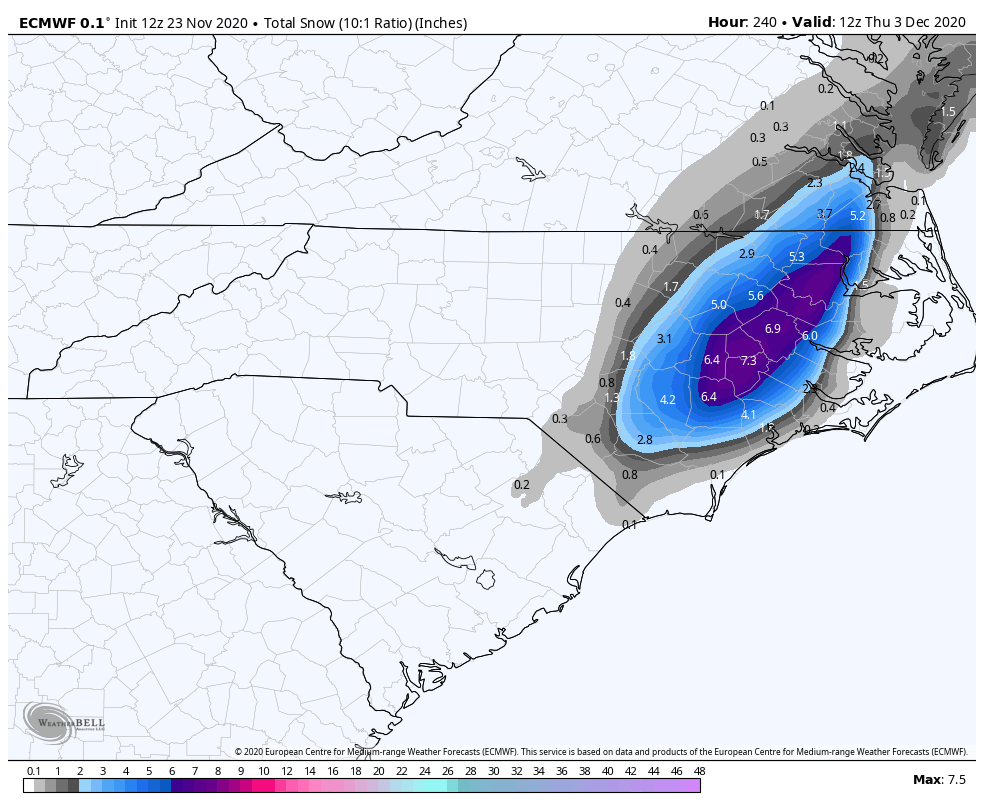 It is expected to be very cold to start December, as morning low temperatures will be below freezing. For around the 3rd shown below, widespread lows will be In the upper 20s, however this is ONLY an estimate since it’s still early. The temperatures below are at the same time frame as the POTENTIAL wintry precip in the map above. 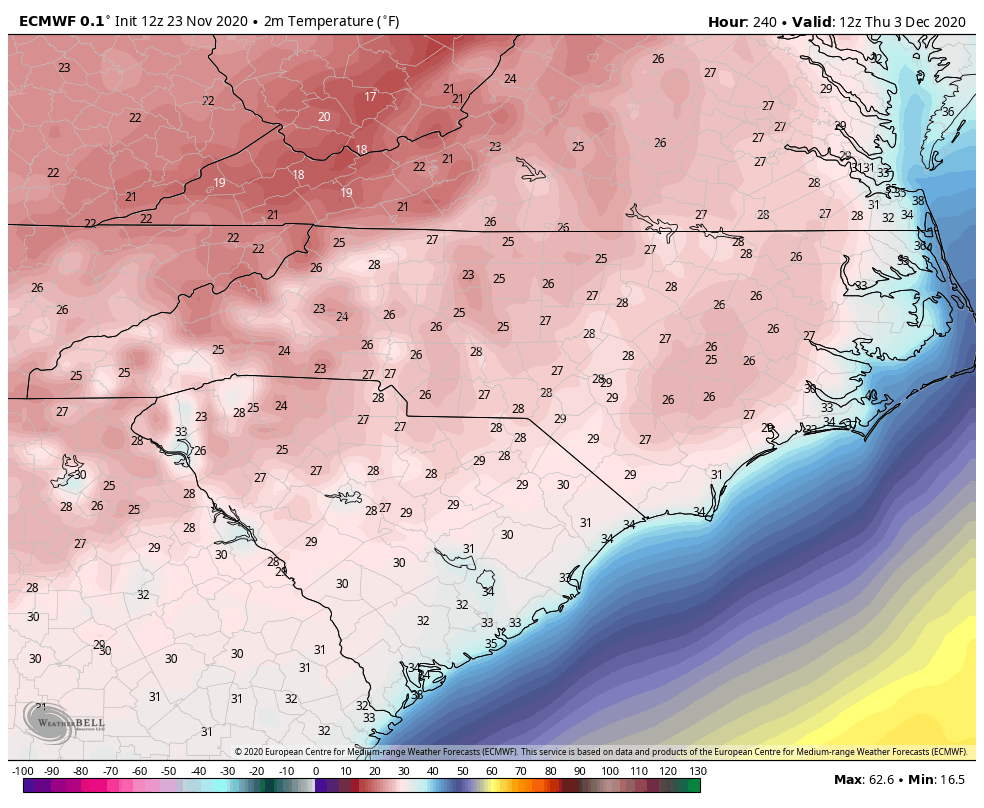 This is only to be taken with a ton of salt, since we are just trying to illustrate how cold it will be to start December. Please don’t kill us! Thanks,