As November was an overall warmer than average month, we can expect things to change as we flip to December. Not only is the pattern expected to change, but there are also a couple of snow chances mainly for the mountains. Many areas experienced a record or near record-warm Thanksgiving this year. However, we will expect some weather whiplash as we head into next week to start December. 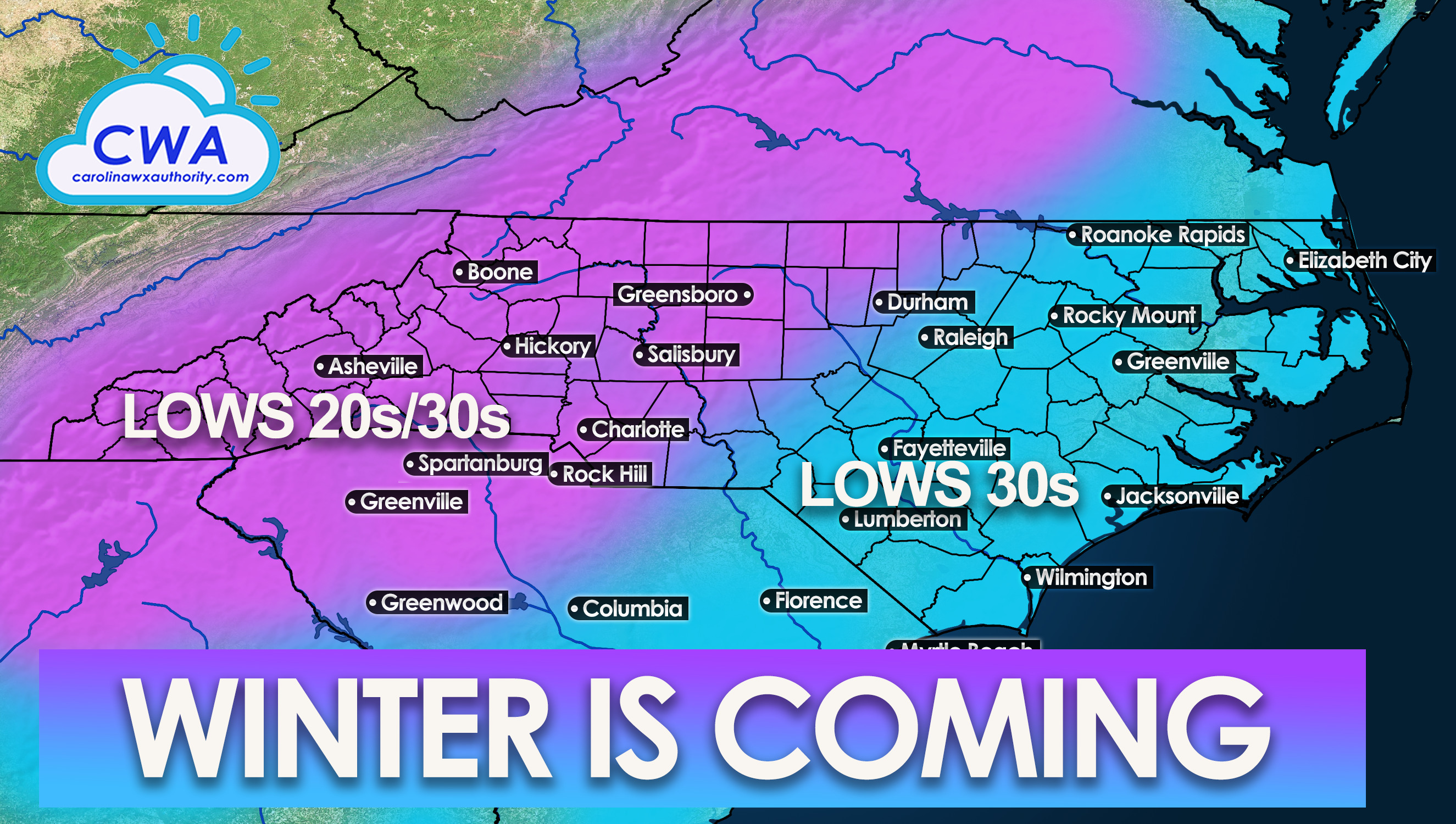 For the Carolinas, the chill won’t likely hit until Wednesday next week, and Thursday and Friday mornings will feel like stepping into a freezer. There will be a severe weather threat ahead of the first wave of cold that pushes through on Sunday night. This threat will mainly be along the coast, but we will cover that over on the FB page, so make sure you like and share!

Wednesday, Thursday, and Friday mornings, many of us can expect morning lows in the 20s in the western Carolinas, and in the low 30s in the eastern Carolinas. Below are the Euro low temperatures for Wednesday morning:

However, the real chill will not set in until Thursday morning, which is when our graphic at the beginning of this article will have the most significance. Below are the projected lows for Thursday morning next week:

Friday will be more of the same, however as we head into next weekend temperatures will begin to rebound. As we head into mid December, we are expecting an active storm track to continue. However, things could warm up once again come mid-month. We will have more on that later.

For now, prepare for the cold, and be sure to protect any sensitive plants and pets!