Over the past couple of weeks we have been in a consistent pattern with numerous heavy rain storms and slightly above temperatures. A pretty bleak winter pattern for snow lovers (including myself) that live in the Eastern US. There is hope! Models are showing a warm up, but current analysis says otherwise.

We have mentioned the MJO numerous times throughout this season, and we have mentioned that it is a major driver for weather patterns in the United States. Right now the MJO is in phase 5, what does that mean? Generally, through reanalysis that means a warmer period for the Eastern US. 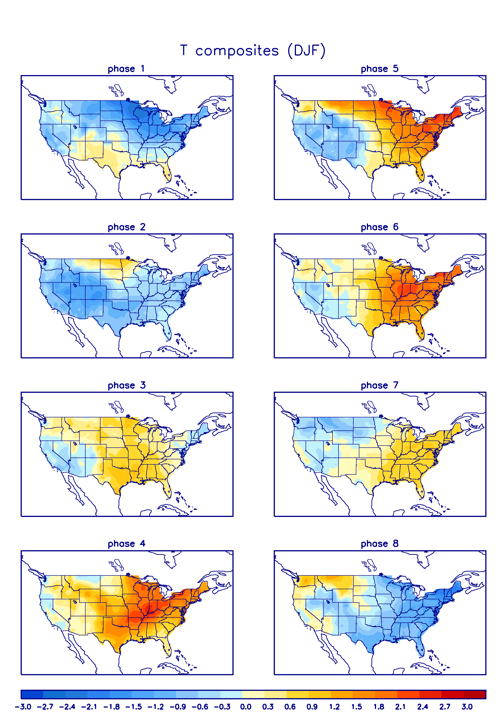 This means that in 10-15 days we will see a warm up for the Eastern US, and models are showing this. 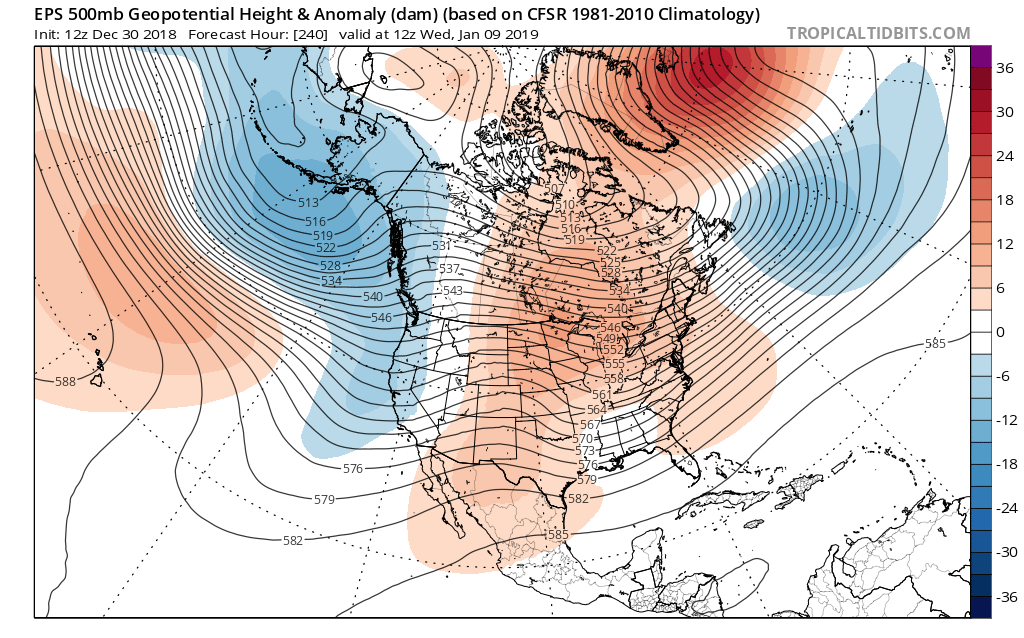 This pattern does make sense given the MJO’s current phase, but it is forecasted to move into phase 8.

Phase 8 of the MJO is a colder phase for the Eastern US. Another thing to take away from this forecast is that the MJO begins to stall in phase 8 during the first week of January. The pattern that we have been expecting to see which will consistently keep cold air in the Eastern US.

So in conclusion, we do believe a warm up is likely in January weeks 1 & 2, and the MJO will be moving into the colder phases during that time. This means that we will have to watch out after week 2 in January for colder times.