This Tuesday, the first glimpse of what winter will hold will be seen across interior and higher elevations of the Northeast. A coastal low will move northeastward from the Delmarva into New England, which will dump moderate to heavy snow along the highest elevations in the Northeast.

This storm will spare the I95 corridor with any accumulating snow, but heading into next weekend we could be looking at a different story.

Another system is likely to move up the East Coast at the end of this week, and this system looks to bring more cold air south, which will bring the threat of accumulating snow closer to the I95 corridor. 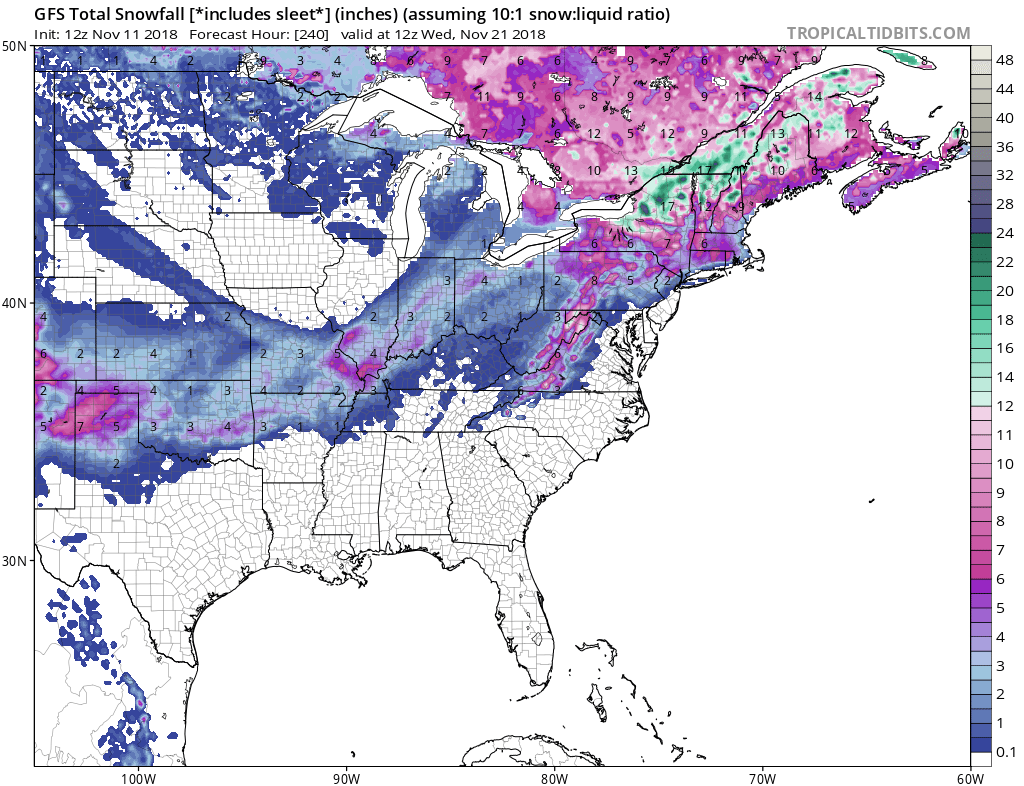 Here is one model run of potential snow accumulation over the next 10 days, this is NOT a forecast, but a way of showing you all that winter is knocking on the door and it is only November.