For the past two winters, we had a blazing El Nino, and it kept us above average here in the East as far as overall temperatures. Many were disappointed in the lack of snow. This was due to a very active Pacific, especially along the equator, which in turn caused sinking air over the eastern US. This sinking air was essentially high pressure, which kept us warm and dry for the most part.

However, for this upcoming fall and winter, we are not seeing the same signals that we saw for the last two winters. In fact, for this upcoming season, the forecast models have been trending towards a neutral ENSO or slightly warm El Nino. What does this mean? It means that there will be an equal opportunity for air to rise over the East Coast, which would be favorable for winter storms and nor’easters. This is since storms need rising air to survive.

Even with a slightly warm El Nino, no greater than a 0.5 index, the hurricane season has been very busy in the Atlantic. I am thinking we make it all the way to an ‘S’ storm this year. This in turn would also mean a busy winter, only because of the neutral tendency of ENSO in the Pacific.

Latest plumes from IRI shows a cluster of models indicating a slightly positive El Nino heading into the winter months:

Looking at the NMME forecast for the fall and winter, it has El Nino slowly fading away to neutral. Some models are in the negative which would mean a weak La Nina, while some are above which would mean El Nino. What this means for the East is a continued active tropical season, and very cold and snowy for the winter. Snow lovers rejoice! 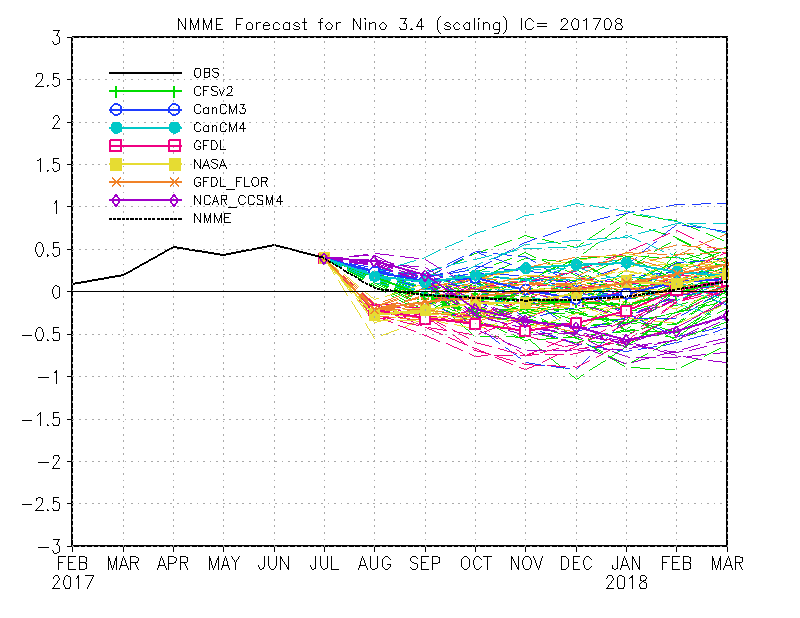 Here is what typically happens during a weak El Nino winter, or even neutral: 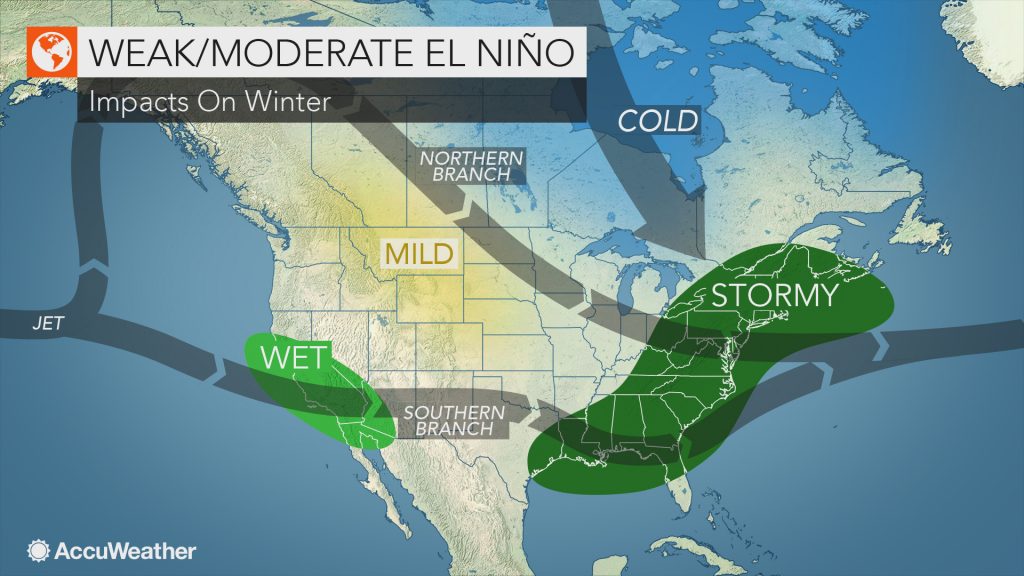 We all know what cold air plus stormy means!