There are signals that some will receive their first flakes of the season outside of the mountains during October. We will start to see colder air digging in across the Plains, and that would mean there could be low pressure forming and thus causing a larger-scale storm. There could even be snow on the backside of these storms out in Kansas. This is kind of common for this time of year. However, not quite as far south as Kansas.

The take-away message would be the COLD that is on the backside of this storm, as the jet stream takes a dip to the south. This could be our next event! Oh, and yes there is something tropical on this model image, however I would not say it will be there on the next model run. The cold air could very well be, however. 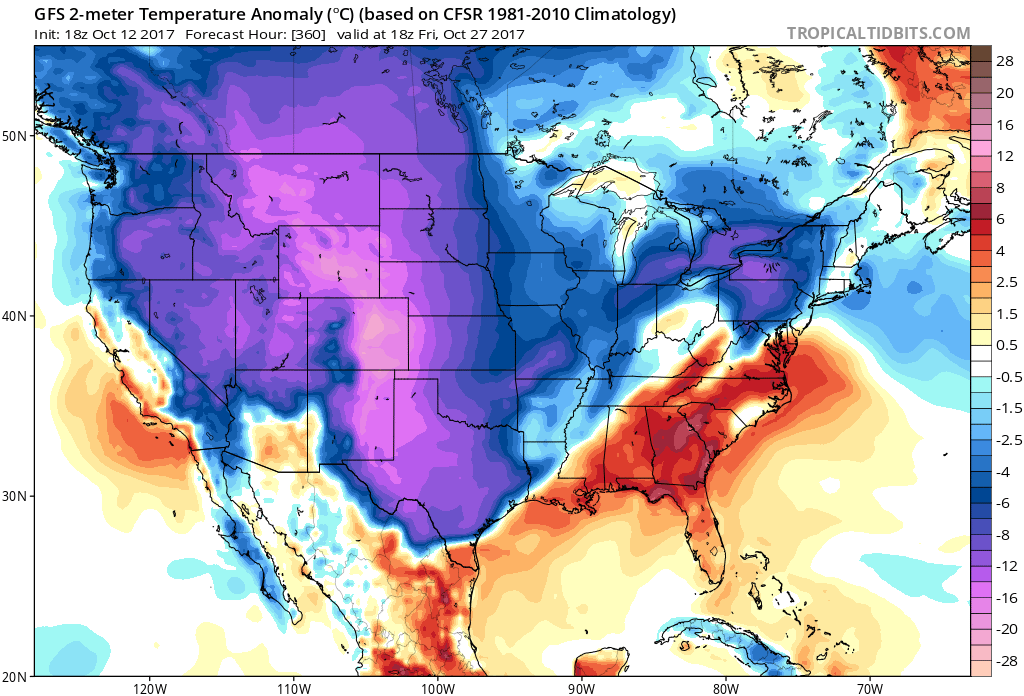 As for now, I would say the areas most affected by this change in the weather will be west of the Mississippi River.