There has been a record number of named storms for so early in the season so far this year. We could have our “H” storm in the Gulf tonight which will be Hanna, and she will likely move into Texas as a tropical storm or even perhaps a strong tropical storm. This storm will pose no threat to the Carolinas. 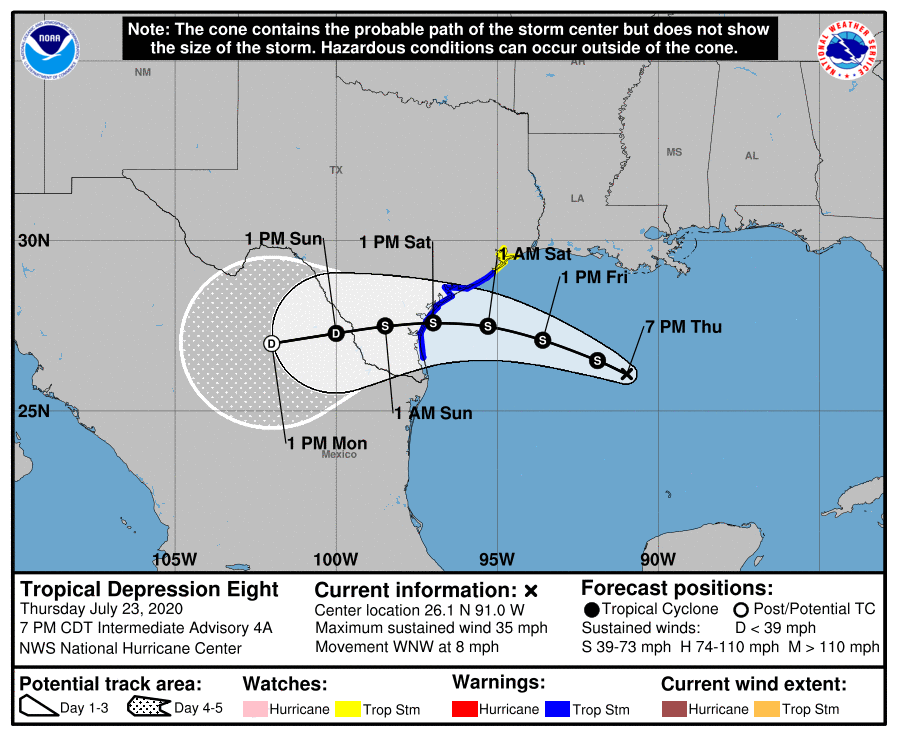 Gonzalo will be heading into the western Caribbean in the coming days, and will likely weaken or get sheared apart, however that is too soon to be certain. However he does not appear to be in a favorable environment for significant strengthening. He could redevelop when and if he enters the Gulf, but that is still unknown. 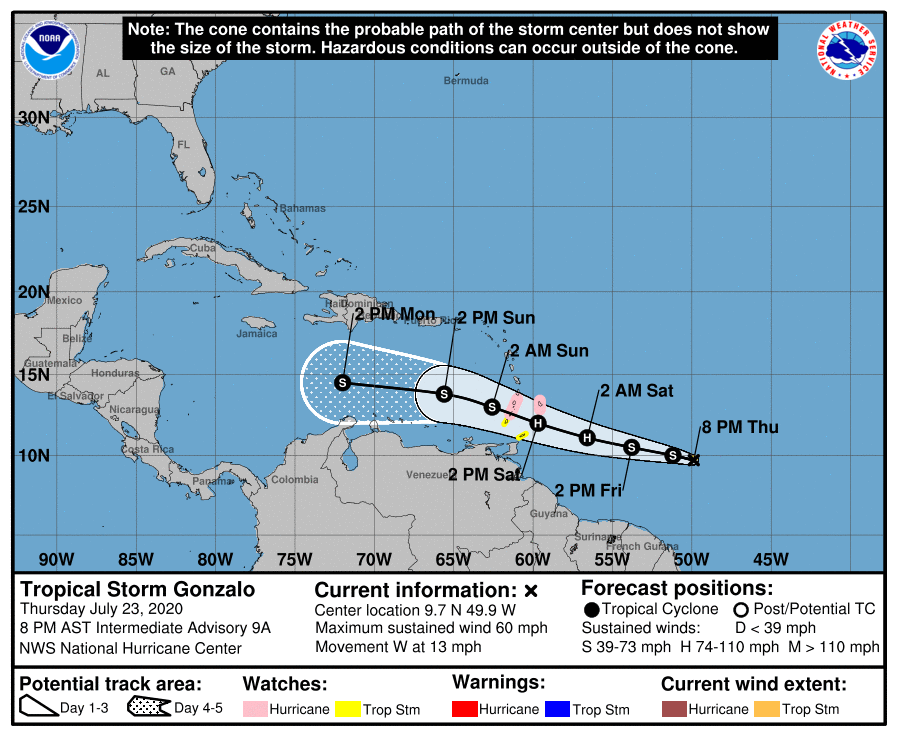 But we are seeing something that could be concerning in the coming weeks, which the models are picking up on as a large area of disturbed weather is leaving the west coast of Africa. This may turn into our first major storm of the year, and yes it could be a hurricane. These Cape Verde type storms are the most dangerous, since they have the entire length of the Atlantic Ocean to move west across and strengthen into monster storms.

In fact, the Euro is sniffing out what could be a hurricane near the Bahamas in about two weeks. This is a long way away concerning any kind of weather forecast, however this model has been notably accurate in the past. If the below model image were to verify, this would be around August 1st or 2nd. So we still have plenty of time to watch this potential storm to see what it will do. 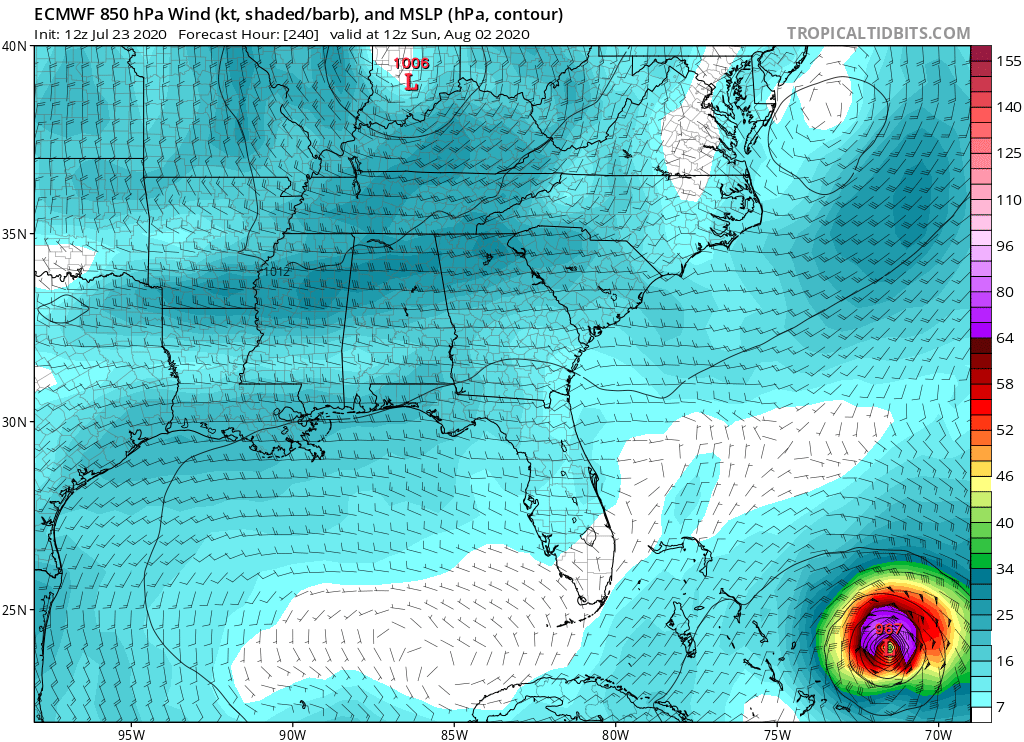 The exact path of this storm is still way too early to tell, but is a good reminder for everyone to have their hurricane safety plan in mind and ready to execute. This is likely going to be a very long and active season given the warm ocean water temps. Anyone with interests along the Southeast Coast should have a plan of action ready to execute from now into November. We could just be getting started on a historic hurricane season in 2020.