Latest GEFS ensembles show that the Eastern US will be in a trough through the end of this week, at least until early Friday. Cool and storminess will be the headlines for many locations. The Rockies out West will begin a gradual warmup as an upper-level ridge starts to build. This is for Friday 500mb height anomalies:

Then, starting on the 12th, this upper level ridge will push east, and will bake the entire East Coast in a 90 degree + heatwave. Tempatures could reach the mid 90s in the Southeast including Florida. This heatwave might go out with a bang according to the latest guidance. This would be in the form of severe weather. Prepare for summer next week! Who would have thought since it is June? 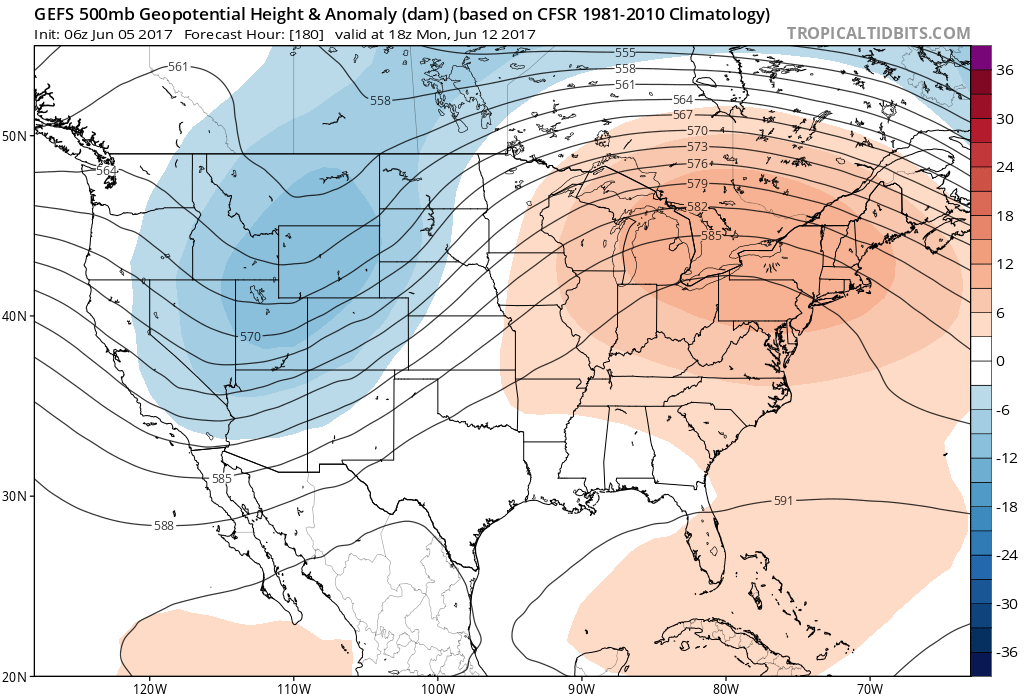