It is officially summer, but don’t like the summer heat? Not to worry, around the 27th a strong cold front moves through, bringing below normal temperatures once again. It will feel like fall air in spots. Like September.  In the South the heat won’t be as oppressive. However there will be a price to pay first, as is the norm when two air masses collide. Severe thunderstorms and tornadoes. Watch out for severe weather on the 25th, or 26th before the cooler air arrives. This depends on timing. If it’s during the day and the sun is out for fuel, then expect severe. Otherwise at night, just wind damage. 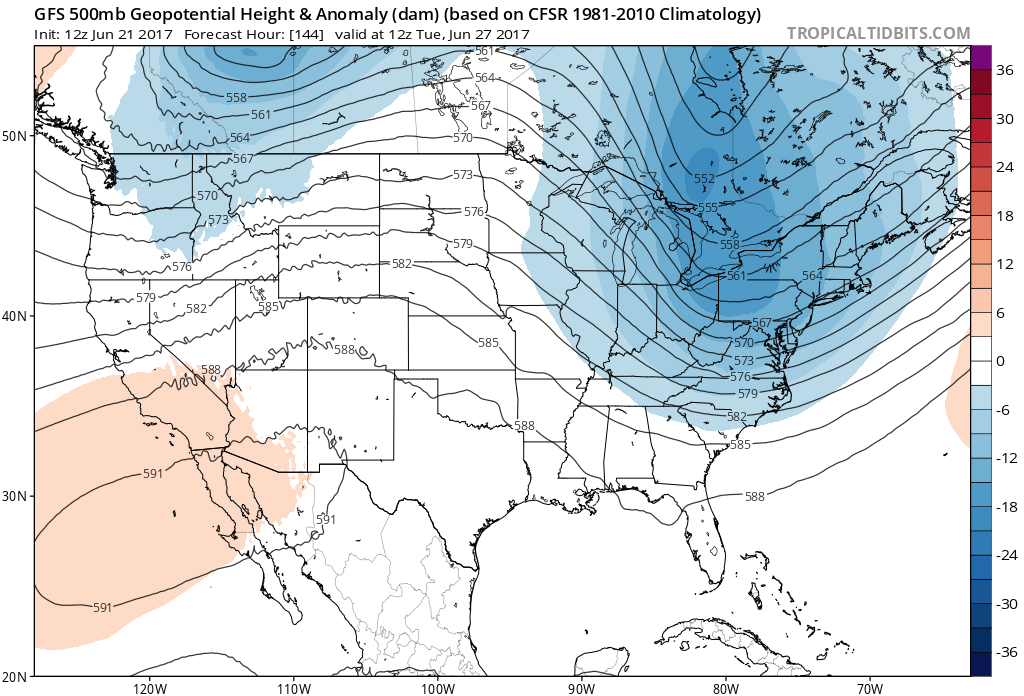 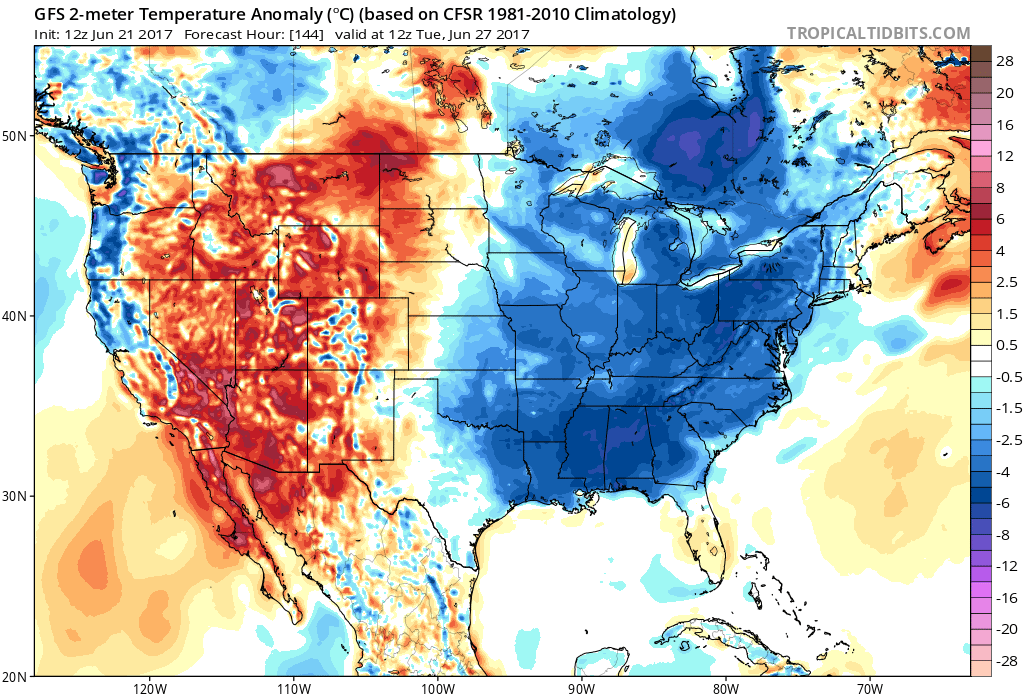 NCEP/WPC surface progs show a wave of low pressure on a cold front in the Mid-Atlantic. This could be a source for severe thunderstorms including tornadoes. Then the front pushes through and the cooler air wraps in behind. Hang in there, cooler air is on the way! But remember there is a price to pay first.